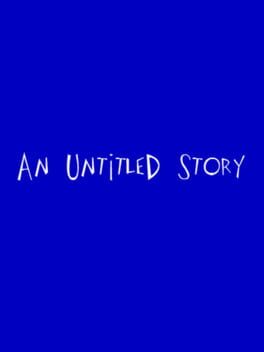 Players control an egg that explores a vast world. Included is a multiplayer 'Heist Mode' with gameplay very similar to capture-the-flag.

One of the first big and memorable indie games I ever played as a high schooler, I decided to revisit it this year.

Level design-wise it held up pretty well. It's a level of precision platforming that's emblematic of Maddy Thorson's design style, but not as tricky as earlier games like Jumper. The rooms instead have been balanced to fit into a Metroidvania map, with a health system allowing you to play rooms imperfectly, with added challenge in the form of "100% Health Gates" - which won't open unless you reach them without taking damage.

It can be a fairly demanding game: in harder sections of the game, you might go through 4-5+ challenging rooms without a checkpoint. It's an interesting style of difficulty, but one that's not my personal preference as I'm not that into the amount of redoing that occurs in that kind of level layout (... maybe I should have picked the easy difficulty!)

Still, I was surprised to the point that I managed to intuit how to control my character's jump height precisely (the variable jump height of your character is an important part of many of the levels.)

There's a little bit of interconnectivity in the game's zones, but for the most part you'll be finding a zone, playing through its 15-20 zones, encountering 2 or 3 checkpoints, and fighting a boss, while finding abilities, money, health upgrades, and Golden Orbs to open the final area.

I really like the atmosphere. The music is sort of plunky and simple - it can become grating at times as it's General MIDI but without much of the 'touch' that can be applied to those palettes to make them less irritating to hear over and over.

Areas are hand drawn, a simple but effective art style that lets the shape of the huge rooms breathe. I enjoyed when the game did interesting structural setpieces: a gigantic fall into a pit, a mysterious "blank" area at the bottom of the world, falling off the top of a big cliff and playing a gem-collecting minigame on the way down, a giant ice castle, at the top of the world, etc.

One notable design choice is that there's hardly any backtracking in this game (unless you want to get some completion). For the most part, as long as you manage to find the needed jump upgrades, you just need to find the next area to explore. Still, I got lost a few times due to the map not having markers or indicating room connections until you find adjacent rooms.

Boss fights can sometimes feel very demanding, and it's frustrating that you can't save right before most. I don't mind the style of AUS's bosses (which remind me of the difficulty of ones like Ys Oath in Felghana), but replaying stuff before the boss just to try again is a bore.

The bosses are fairly simple pattern-based bosses where you avoid obstacles and wait for an opportunity to bonk the boss. Most of them are fairly fun, there are a few stinkers which involve getting the boss's projectiles to hit the boss, or involve you playing 'tennis' with the projectiles.

Overall, it's a fun and unique world to explore. It wasn't as good as I remembered but it was still pretty good! I love the unique touch that a solo (or small team) dev-created metroidvania has .

One of Maddy Thorson's earlier freeware games. On paper, there's nothing truly exceptional about this game. It's just a very formulaic metroidvania platformer with a very simple presentation. I guess that's what I admire about it though. It's JUST the fundamentals but fairly polished. There's a lot of optional challenge and plenty of secrets to find, making for a fun time waster. One of the only metroidvanias I've ever finished, tbh.

When I first saw the trailer for Celeste, before even seeing who was making it, I KNEW it was a game from Maddy just by seeing the way the player character was moving, and how the level design looked. Even back in the mid 00's, Maddy was making the good shit.