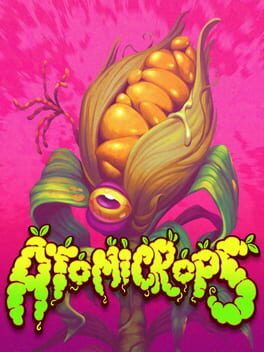 Atomicrops is an action packed roguelite farming simulator. You own the last farm in the post apocalypse wasteland and running it is a dangerous job.

- Grow and harvest your mutated ultra-GMO crops as you defend against bandits, mutants and insects.
- Supply the local town with produce to earn rewards.
- Upgrade your weapons, equipment, and crops for maximum profits.
- Court and marry a townsfolk to fight by your side.
- Find creatures to help work the land.
- Permanently upgrade your farm house for persistent bonuses.

Survive as many seasons as you can before you are overrun. Shoot to till!

It had a lot of fun elements but the gameplay itself could get rough at times?

this game feels like it could easily be 5 stars, the first couple years of the game are fantastic and had me hooked, but as you unlock more years, the difficulty spikes and HARD as youre at the mercy of RNG.
until you get a cow to help with watering and a pig to help with expanding your land, you're pretty much useless, the years start off harder than they end as you're forced to fend off relentless enemies with your pea shooter for the first couple days. you get less hearts and spend the first 2 days dodging countless bullets from dozens of basic rabbit enemies as they begin to take 4-6 shots to take down. what started as some of the easiest enemies to take down and avoid and kill, quickly became some of the most bothersome. once you can buy guns, and earn some decent perks, the combat becomes more bearable. but all it takes a small amount of bad luck, or a ballsy decisions gone wrong and you're dead. then the last hour or so is just down the drain, all the perks and weapons you've grown accustomed to are now gone as you've reset back to day 1 with nothing but a pea shooter, 5 hearts, some potatoes and 9 squares of soil.
sure, there are some permanent changes you can earn throughout your various playthroughs, but its all meaningless stuff like "increase rain cloud duration by 20%" or "blood rain drops additional fertilizer". (you get fertilizer like candy btw). maybe the permanent upgrades improve once you give the ant 100 cornucopias for a workshop, but i only have 50 of them and frankly i dont know if i have the strength to even go on. i'm on year 4 and going through that first day again and heading to the easiest area only for dozens of enemies to see the screen covered in bullets and enemies all coming towards me, and knowing that this isnt even CLOSE to the hardest year is simply demotivating. i can't even fathom what year 10 must be like. i'm sure by the time most reach year 10, they'd have most things unlocked and who knows, maybe there are perks that let you start with a cow and a pig, and a character that has a faster and/or more powerful pea shooter or has 10 hearts no matter the year. it wouldnt fix all my problems, but just starting the year with those would mean so much to me.
among other things, i feel like the game should be a tad more merciful. im fine with starting over from year one, but i feel like you should be given a bit of an extra chance when you die. i know theres a chance to find a respawn pod, and thats good, but maybe when you die, you have one extra life that puts you back at the start of the season with half your max hearts but you keep everything else and only let it happen once per playthrough. maybe there can be a new character that starts with additional lives but reduced hearts. i understand that most of my issues seem to be common traits of the rogue-like genre, reasons why i could never get into games like isaac or spelunky or gungeon, but unlike those, atomicrops actually managed to captivate me until i hit that wall where the game just became unforgiving. i'd like to make it clear that i dont mind the difficulty, but there does need to be a little bit of mercy. maybe i'll keep grinding the first couple years, maybe i'll unlock something that will alleviate most my stress and i wont just be forced to bullet hell while praying to the RNG gods for something that isnt crap, but if not, i think my playthrough ends here, and i'm legitimately sad to say that considering how much i did enjoy the first couple years.

it's fun and the music is goofy. the romance and farming mechanic are super unique, and take a little bit to get used to, but they're fun to play with.

god i love this game, part 2

will be back for the next update(s) 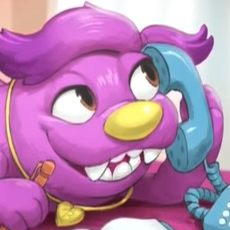 Pretty engaging, but not as much depth as other games in this genre. Days feel too short and most runs after year 1 depend on you getting a cow early on. Screen gets way too cluttered at times. Final boss is really cool. Will probably get even more fun as more updates come out, if any.