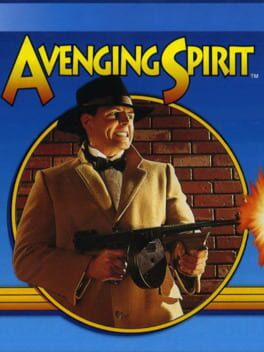 A fairly underrated arcade game brought to the Game Boy. Even its brief cutscene interludes are pretty nicely rendered. Its difficulty is a bit too punishing, forcing you to repeat entire stages if you die at any point during them, but the stages themselves, despite their lack of real "theme" or memorable bosses, have a nice curve to them and don't go on for too long.

The key thing that sets this game apart for when it came out was its core possession mechanic.
Over a year before Kirby's Adventure, and 25 years before Super Mario Odyssey, this game has you play as a spirit with the power to possess enemies occupying the levels. You have two bars: a health bar and an energy bar. Both bars deplete to some extent as you take damage, but moreso the health bar, and when you lose all your health, you have a couple seconds to possess another enemy before your energy goes down. And there's quite a number of enemy characters to chose from. From gangsters, to fire breathing coyotes, to robots, to ninjas spinning nunchucks, shirtless floating men, what appear to be cat wizards and even warrior women, you get a lot to work with. Each enemy has different weapon range, movement speed, health and jumping physics, all fairly advanced modifications for its time. Inevitably you'll find which enemy best suits your playstyle and go to that, but it leads to a bit of risk/reward when you're low on health based on if you're close enough to an enemy in one place.

This isn't a game that'll blow your mind, but for what it is, it's a solid template for an enjoyable game concept.