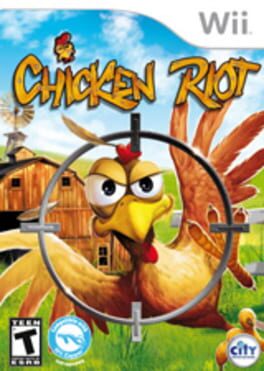 War does change... sometimes It’s time to get your good old gun out and save the farm. Believe it or not, you’re facing an all out chicken rebellion! If you don’t want to have your farm ruined, you’d better shoot the wretched hens that are running amuck. Shoot them on the ground and in the air, as they swoop down on you. Drive them from your farm and from the graveyard... No wait, the graveyard is exactly the place where you want them! Chicken Riot for Wii is a hilarious on-rails shooter game fun for the entire family! Features • Hilarious animations that will leave you rolling on the floor • Outrageous weapons and bonus egg upgrades such as bullet time • Non-stop frantic chicken-blastin’ action with over-the-top boss characters • Double the craziness in two-player mode • Extra mini-games for exciting rewards • Compatible with the Wii Zapper