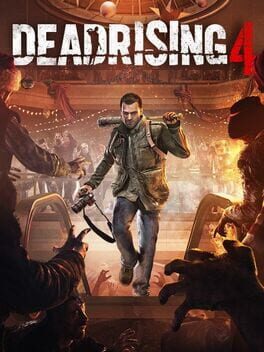 It’s the holiday season in Willamette, Colorado and a mysterious outbreak has overrun the Willamette Memorial Megaplex Mall and surrounding town with dangerous and deadly predators. Join Frank West as you explore a vast, open world sandbox filled with dangerous new zombies and a million ways to kill them as you seek to uncover the truth behind the outbreak – or die trying. 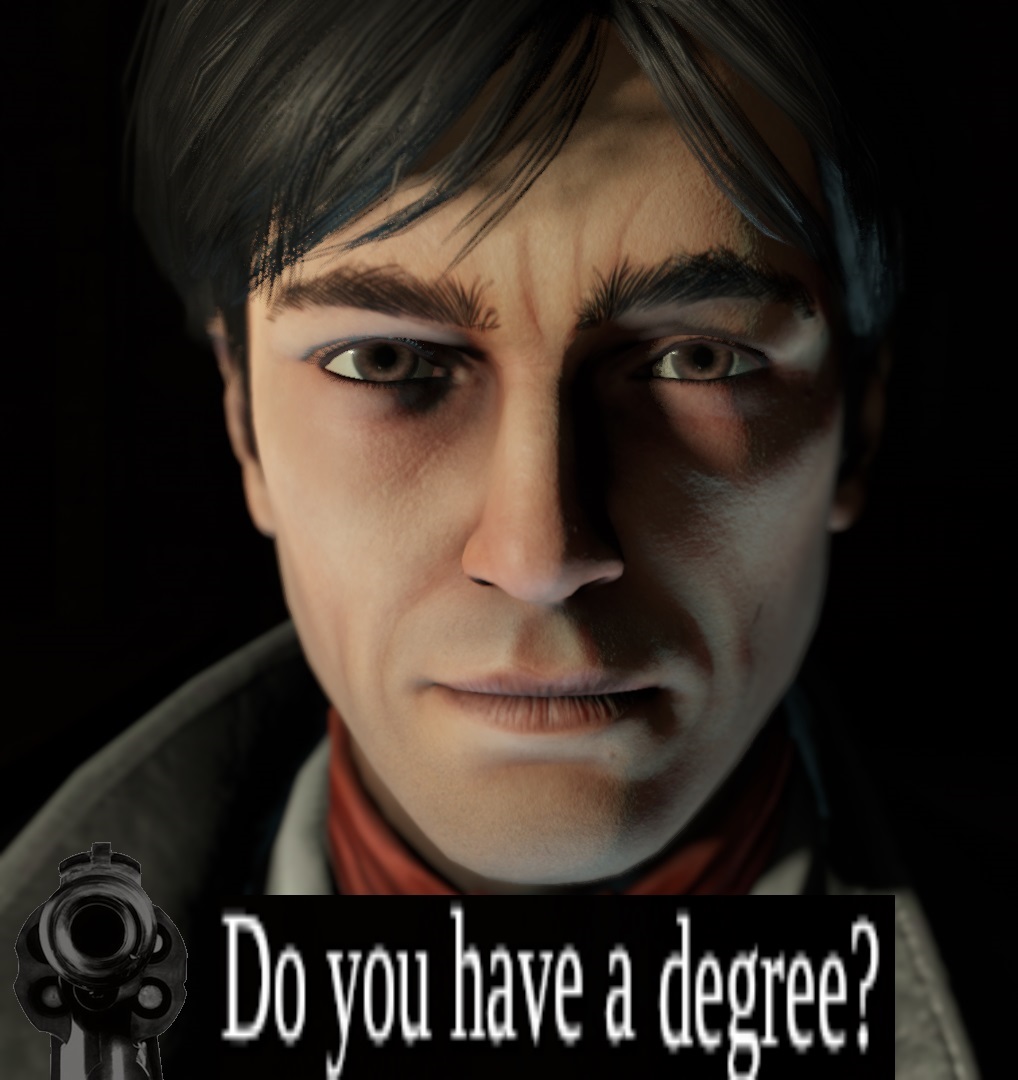 I get what happened, how this was made in so little time and the staff knew it was going to suck, how It used assets of one other (or more than one) cancelled games, and how the talented staff left before or during the development.

But with that being said, this is the WORST, they butchered Frank's character, replaced the voice actor and made him complete Mcdoofus. The gameplay is terrible, the new UI is awful, killing zombies here feels the most unresponsive of the entire franchise, the batman vision investigation is a completely idiotic new mechanic, the combo weapons don't have animations and you have to go through menus now instead of easy it was in Dead Rising 3.

There's many, many more problems but overall, don't bother even testing out this game.

After loving Dead Rising 3, despite it's lukewarm reception, I was ready to really enjoy this game too despite knowing people hated it. Unfortunately this games flaws are either too big to ignore and/or there's not as many saving graces as 3 had.

Every time I start a Dead Rising game I swear I feel like the controls are shit and think "Were they always this bad?", then I get used to them which is what I assume allows the cycle to happen every time. But I never really got used to 4's controls. Could it be that they are just worse than the rest? Or maybe I've just grown standards...

The game is a buggy mess. One bug that kept popping up was Frank just not moving. It happened a lot and it just freezes him for like 5-10 seconds.

Admittedly some of the most common complaints don't bother me too much. The lack of the game being a giant timed mission is whatever (since when did games most hated aspects become something people demanded?). There's still no escorting survivors, which actually started in 3 (funnily enough escort missions are another thing people hate in other games). I know escorting is a big thing in the first 2 games, but I did feel like it wouldn't fit as well in the more giant open world, with faaaar more zombies on screen, of 3, and I feel the same here.

Also Frank has apparently been ruined as a character but I don't see it. He's still a snarky, sarcastic zombie killing journalist, but now with 15 years experience in a zombie infected world.

The lack of psychopaths is a change I definitely did not enjoy though. They instead have been replaced by "Maniacs", which still have the fun identities (a crazy Santa, evil pirate, cultist scarecrow etc), but they lack introductory cutscenes and are way too easy to take down. They are no longer big events like they were before, but are now minor distractions.

The game has simplified a lot of things too. Food now has its own inventory, and all food heals exactly the same. So a chocolate bar heals the same as a med kit. You can no longer get drunk from drinking too much alcohol etc.

Though weirdly it also un-simplified some things from 3. Like in that game all weapons had a strong and weak attack. The "strong" attack is now a command you get after getting a certain hit combo. It also only works for combo weapons, as regular weapons will just do a usual cutscene-type kill. I don't mind this change as it gives you a reason to use the regular attack, while in DR3 there was no reason to do anything but spam the much better strong attack except for weapons with very context specific movesets.

The worst part about this game missing its potential is that the actual world its set in is fantastic for Dead Rising. DR3 had a big town, but it was very bland and all areas looked the same. This game makes Willamette a huge zombie killing playground, with locations varying from malls, farms, shopping districts, residential areas, dams and more. It's such a damn shame that such a fun map is ruined by such mediocre gameplay.

It's just kind of a shell of a game with nothing to really do but go through the boring story. Killing zombies doesn't even feel fun anymore since a lot of weapons feel weightless. Plus there's far too many zombies on screen at once - something that also originated in Dead Rising 3, but at least in that game the majority of stuff took place outside with lots of space, and vehicles and overpowered combo weapons were a huge element to dealing with these crowds. Both those elements have been toned down, and a lot more of the game takes place in cramped places. The game also includes a lot of very dark areas to force you to use the cameras new night vision mode, which just makes you move slower, be defenceless and unable to see your inventory for managing weapons. Fun. 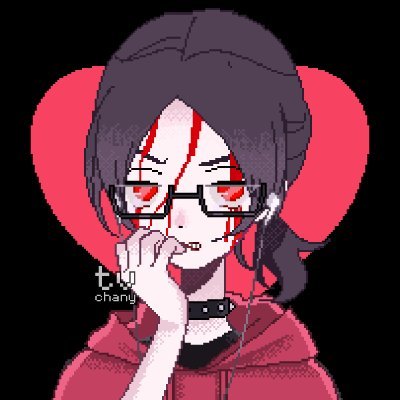 Closing out a decade of Dead Rising, the fourth and final entry in the series is a flickering candle, a sputtering flame compared to the galactic supernova that was its forefather. The wick burns dimly, a slow glow fading from an empty room; Dead Rising’s found-family, Capcom Vancouver, returned to ash with the ill-received launch of Dead Rising 4, leaving the neglected to quietly parish among the ruins. The black sheep rests, each prolonged second snuffing out the light, a foregone conclusion coming to fruition. From Frank, to Chuck, to Nick, all pawns in the dawn of the dead, we turn our sights to the final era of Frank West. It comes to this. The beginning and the end, Capcom’s Memento Mori of the Dead. The eternal end of Dead Rising.

Inside that decrepit tomb, sheltered from the wages of perpetuity, you lie. Tattered and ragged, the skin stretched thin over creaking bones, I’m struck with pangs of reminiscence. You’re Frank West, but not the one I know. You’re Willamette, but one from a different world. You’re "Dead Rising", but not one I recognize. Each moment with you is a recollection of better days, and for that, I have nothing but contempt for you. The mechanisms beneath have faltered, the smile has decayed, toothless and rotten, your very self torn away, stripped clean from the hollow skeleton I stare at.

But as much as I’ve been told to hate you, to despise this so-called resting place, I can’t force myself to do so. Engulfed in the soft glow of enmity, my experience with you was not moments of anger, misery, or malice. Locking eyes with the evanescent embers, my goal was clear: Acceptance, in the face of loathing. Embracing the light that was in my life, and not the shallow hollowness in front of me. And most of all, letting sleeping ghosts rest peacefully. Once, I would look upon you, a ray of cosmic brilliance piercing my retinas, a direct concentration of everything I loved and would come to love, a burning beam of sunlight. Now, the flame has died, smoke rising from an ashen stem. Surrounded by encroaching darkness, I can finally bury my memories of you, a peace deserved but long-delayed.

Minutes pass, hours, and now weeks. Every instance apart stings, a double-sided blade dividing my being; You killed the heart of a man I found myself endeared to, but would I have been endeared if not for you in the first place? You stole the essence of time from me, but would I have missed it without you showing the importance of the time I have? You gave me a universe of options and opportunity, but could I ever appreciate it after you taught me to thrive within limitations? Away from it all, I’ve come to accept that you, the creature known as Dead Rising, could never be what I need. Under the ocean sands, your body resides, a forbidden mistake upon the world's unforgiving gaze. But sitting on the shore, I will never bring myself to hate you, not as is so easily done by those near and dear to me. For your missteps, every half-cocked misfire that led me to this point, you showed me something that will stick with me until my dying breath. For that, I thank you. And with that, I need to move on.

Nostalgia’s high tide engulfs the rubble, the seafoam of loss eating into bygone shores. The waves have drowned the memories I made, but as I peer over the crystalline beaches, the deep washes over your grave. For as often as you are buried below the sand, an endless repetition of undying death, I still am drawn in by your ghost, pulled in by the beloved song of Dead Rising. But my love, desecrated as it is, can only fall victim to the same charms so many times.

You are beyond recall, buried in the abyssal plain… and for what it’s worth, I’m at peace.

Has no idea what makes the original 2 games good.