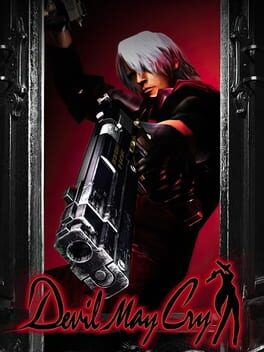 Legend has it that 2000 years ago in the depths of hell, a demon rebelled against the devil, waging a one-man war in support of the human world. In the present, Dante, a private investigator of the supernatural, realises that the devil is rallying to rise again against mankind. Deep within Dante's blood lies the power of ancient demons and as his power builds he transforms into a demon state where he can use his power against evil he encounters. Commencing his battle against the demonic legions with just a sword and his twin pistols, Ebony and Ivory, Dante will soon come across more powerful weapons, such as a shotgun to aid him in his mission. However, to defeat the devil Dante must also discover special weapons possessing various elemental powers. When channelled correctly these weapons will allow Dante to call upon demonic energy and launch powerful attacks against a range of enemies. Holds up really well!
Devil May Cry is one of my favorite series in gaming. This one holds up really well, having played it for the first time sometime last year.
This game is much less combo focused than the rest of the series. Devil May Cry 3, 4 and 5 seem to mostly be about what you can do with the player side of the combat. This one, however, is much more balanced towards the enemies.
They have many tools to deal with your move set, which is much more limited than in the other games. You only have access to one gun at a time, and switching between one of two melee weapons is quite slow. Not to mention that their move set is generally smaller than in the newer games. It's about mastering the system with the challenge of not having very many, albeit very useful tools. The later games are about mastering the system within the complex and large set of tools.
Kind of a dumb way to put it I guess but I think I got my idea across??
The issue with the game is that, due to technical limitations, they've never actually ended up putting multiple enemy types in a single encounter. This could have GREATLY increased the quality of the encounters. Many enemies have weaknesses that can be strengthened by enemies that cover those options.
For example, maybe in an encounter with Sin Scissors, the flying enemy with large... scissors, you could put an enemy that covers the ground really well. This would make positioning in that encounter much more strategic, as neither the air or the ground is completely safe.
The enemy design is just begging to be mixed up! It's really a shame they couldn't do that as almost every enemy would be interesting with at least one or two other types.
The combat is still really solid, lots of nice tricks and cool enemies to deal with. Even without mixing types there is a lot of variety within the enemy design that I don't think it's the biggest downfall. There is a little sign of aging in terms of controls, camera stuff and signposting but I honestly was able to ignore it. I still had a great time.
I think the issue with the combat outside of encounters is just that Devil Trigger is REALLY strong. Enemies get Devil Trigger on the highest difficulty however, which makes up for it. Though I can't say it doesn't feel a little cheap to use on earlier difficulties.
Everything else is also really nice. There is a fun atmosphere that treats horror as if it were the coolest thing ever, instead of as if it was scary. This is quite unique and even shows itself a bit in what came of RE4. I quite like the music as well!
Overall I have to say the game was original and executed on those ideas very well. I can highly recommend it. Just remember that your jump has i-frames, there is your dedicated dodge button, nerds! ;)