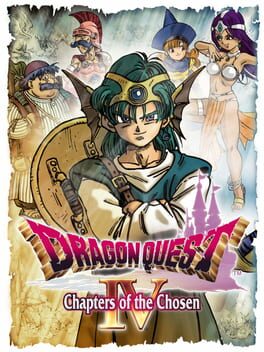 Embark on a journey to explore the land, seas and skies of the Dragon Quest universe in this grand entry from the Zenithia Trilogy. Soon to follow are Dragon Quest V: Hand of the Heavenly Bride and Dragon Quest VI: Realms of Reverie.

Indulge in the colorful Dragon Quest world created by Yuji Horii, combined with the charming characters and monsters designed by Akira Toriyama and memorable soundtrack from famed composer Koichi Sugiyama to create an unforgettable gaming experience.

Experience the world of Dragon Quest through the perspectives of multiple characters with a unique, chapter-driven storyline while you journey through a beautifully rendered 3D world, with dynamic dual screen presentation and newly animated monsters.

Enjoy an all-new English translation that incorporates 13 known dialects from around the globe, bringing the diverse world and characters of Dragon Quest to life
Unravel the ancient mystery behind a cursed kingdom by expanding your town via Chance Encounter mode, available through local wireless connection.

even though almost every single thing this franchise does ends up becoming a staple in a whole genre, being replicated and built upon inumerous times thoughout the whole industry, its funny that when you get to play it still feels like the single most unique, charming and magic gaming experience anyone could wish for.

that being said, zenithian trilogy started off really strong. also i would love to replay this game on duckstation if a fan-translation for the psx version ever comes out.

anyway, next one will be 5, really looking forward to it, i will be playing the ps2 remake version, which visually i already adore. the Zenithian trilogy is art

Comfy game with a nice system of segmented chapters that differ between protagonists, making it all the more rewarding when you get to play as the legendary Hero. A nice modern iteration of a hallmark game in RPG history.

It's a comfort to always come back to a Dragon Quest game after going through such eccentric titles and returning into something familiar with a twist in a sense. If Dragon Quest was a Coca-Cola then each entry would be a flavor twist into the formula. Class systems, singular combat, monster collecting and so forth in that each of these always made the experience a little different but at the heart you knew it's the turn based series that for the most part started it all. I expected a good time with IV and that's exactly what I got, the new ideas weren't really up to snuff but it's enough that I can't criticize it too much considering the undertaking the team had to go through after the triumphant third entry. The heart and soul was definitely there but the ideas it tried to bring were almost left half baked and it makes me a bit sad seeing they had the right idea but didn't think of enough to really flesh it out more.

The story is your standard japanese role playing fare, you are the legendary hero and you must defeat the great evil. A story as old as time itself and almost never as simple as that. Here is where Dragon Quest IV differentiates itself. In this version of IV, you only really play as the hero for the first several minutes until you're thrown into another person's perspective completely with a different story to tell. The game is divided into chapters and you don't play as the iconic hero until what is essentially the half-way point or one third depending on how fast you are. The first chapter reminded me of the original Dragon Quest in a sense. A sole hero figuring out what happened and doing what is right all in an area that isn't too big and the adventure never overstaying its welcome. The second chapter is more traditional in a sense that you have a three person party and finally going around and exploring the world, a princess trying to prove her mettle and becoming the hero in her own story before her true calling would appear. The fourth chapter follows a revenge tale of two sisters with the format returning into what we expect. I have neglected the third chapter and for good reason here. The third chapter is radically different in tone and almost gameplay in a sense, you play as a merchant trying to achieve his dream of opening his store from a humble beginning as a cashier at the weapon store in his little town. I really wish the chapters were as gameplay and tonally different as this chapter since you don't really fight for evil yet but just to have a big wallet and I think that's what the chapters really do for me here. It builds up the world a lot that areas definitely feel more interesting especially revisiting them with new characters. The fifth chapter is everything coming together and I won't say much more on that. The problem I have with this format is that after their arcs, they don't really develop anymore and I might argue that it might be the point considering they already achieved their initial goal in the chapter before. I just feel like the game really built up these characters for the first half just to drop them off as your usual party members for the "true" adventure later on and the fact there isn't much until the ending is pretty jarring for me. I really enjoyed Dragon Quest IV's world and the story was the usual delight but I find myself a little more disappointed in the characters just because they built them up so much just to be paper stands for the rest of the game.

The gameplay is your standard fare here with turn based combat, random encounters and unique characters essentially serving as a different class here. The soldier is essentially Fighter from Dragon Quest III, the princess is Martial Artist and so on and so forth. The hero is still an incredible all rounder which I'm feeling is par for the course at this point considering it's my sixth entry I've completed in the whole series so far. Dungeons are mostly here as well and kind of a simple affair here possibly due to the origins of the DS version I've played being a NES title. Nothing felt too obtuse or labyrinthe which I feel doesn't fit the series but that's what I enjoy about this series since Dragon Quest never felt like a stressful series compared to other series in the genre except being critically underleveled. I'll admit the game does make you grind a little bit in the end but metal slimes being a mechanic can make this the most seamless thing or the most tedious if you were unlucky like I was. If anything I wish they were more prevalent right before the end so it would be less taxing on the player and not ruin the pace. Nothing feels like a pace killer in these games as finally reaching the final boss only to feel a whopping five or more levels underleveled. It could be a skill issue but I never had this problem with any of the other titles as bad as this one given I was just extremely unlucky with metal slimes.

The soundtrack doesn't disappoint either with the battle theme starting with strings that give the impression you're falling into something dangerous while afterwards feeling the fast melody almost give a sense of anxiety into the bombastic battle themes we've heard before. The sailing theme probably is the crown jewel of the music for me as entering the sea plays calming yet mysterious strings. I didn't expect a sailing theme to go this hard even though I've technically heard it before in Dragon Quest XI.

I always feel bad about pointing the negatives in a game because I don't want to be someone that becomes incredibly nitpicky to the point that I'll be unable to enjoy something for what it is at all anymore. Despite the odd pacing, the chapters I wish were a bit more and maybe more to the characters barring a party chat system in that it was still Dragon Quest, becoming the legendary hero and defeat the evil darkness. I got what I wanted and I'm pretty happy about that in that sense and I'll give them credit for trying something different after the lauded third entry. Instead of asking for more, I'll enjoy what I was given. Not like I was given anything lackluster either. I was give another adventure in Yuji Horii's creation. 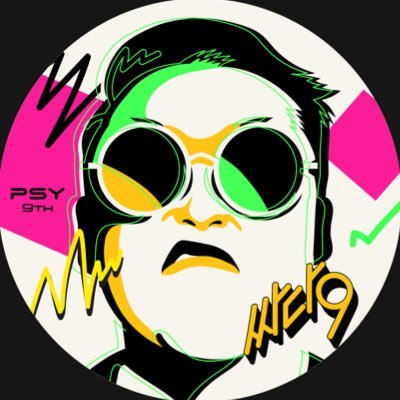