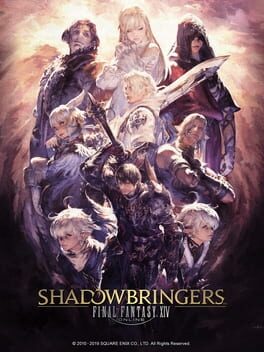 SHADOWBRINGERS is the third expansion for FFXIV. The expansion takes players to the First, one of thirteen reflections of the Source that is being consumed by a Flood of Light. The main region visited is known as Norvrandt, which is roughly analogous to the Source's Eorzea, and is the only region in the world that has not yet succumbed to the Flood of Light.

The rains have ceased, and we have been graced with another beautiful day. But you are not here to see it.

Emet-Selch.
The MSQ is pretty great, though I feel it's too slow paced at times without much satisfying reason for it. Plus some of the patch MSQs had lulls. In general while the world is very very well fleshed out I didn't find it particularly impressive in terms of the characters or plotlines unique to those areas. The Scions got a considerable boost as characters here too and it's pretty impressive jow they were redeemed. But man the high high points were awesome, ESPECIALLY the last leg of 5.0 and the poignant themes relating to heroism, loss, etc. (but mostly the first one I'd say), as well as some fantastic original characters in Emet-Selch, Exarch, Elidibus and perhaps others I'm forgetting.
Holy shit the side content though that's fucking fantastic. Eden and YoRHa were the most fun I've had in a game this year, and Werlyt as well as Eden had great stories.
In general the trials and dungeons in ShB MSQ were also the best the game has had till now and very fun to play. The music is also awesome, maybe my favourite.
RIDING HOOOOME 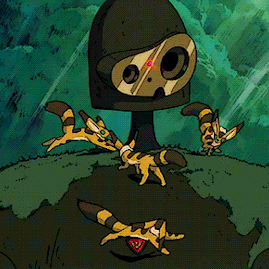 The segment with the obligatory mention about the music being good
The music is good.
Conclusion
People praise Shadowbringers a lot, especially on this website (It even was the highest rated game for a while) so I had pretty high expectations going in. I can’t say they were quite met but it was still a very fun experience. The most fun expansion hands down