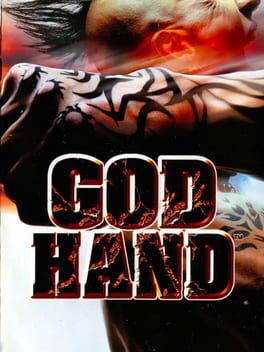 THERE AIN'T NO JUSTICE IN THE WILD, WEIRD WEST. JUST YOU. Things can't get any worse after demonic thugs cut your arm off, right? Dead wrong, partner. The lady you saved from them has only gone and given you the legendary GOD HAND as a replacement - the ultimate hand-to-hand weapon. Every undead outlaw in a Stetson, rootin' tootin' demon and circus freak in the prairies is going to want to fight you for it. Welcome to the town of Asskickin... have a nice stay y'all. BIG HAND - Explosive martial arts and hand-to-hand action get in your face and ugly. No bullets, lots of bruised knuckles. SLAP STICKS - Totally customisable fight system. Pull off the most outrageous combo moves ever with awesome God Hand powers - punch your opponent into orbit! FIGHTING FORM - Pugilistic adventure from the makers of RESIDENT EVIL, DEVIL MAY CRY and VIEWTIFUL JOE!

The biggest stain on the integrity of videogame journalism and the the most beloved unplayed gem in every single gamer's backlog. Being what's probably the only direct translation of the beat 'em up genre into the 3D realm worth playing and talking about, God Hand is one of the most uncompromised and unique entries in the combo oriented pantheon of action games. Incredible that I'm saying this about the game that shutdown any chances of Mikami ever being able to fully go off ever again.

The stiff and constricted movement controls in God Hand force the player to be aware of every surrounding enemy and pick each fight wisely, while still allowing direct confrontation and proximity through a dynamic and anime as fuck dodge system that has you bobbing and weaving between flurry of punches before delivering an uppercut. Expanding on Resident Evil 4's dynamic difficulty, God Hand increases it's challenge the better you get at it, which while being a make or break for some folks out there, makes it stand out from the standard difficulty options from other games and provides immediate feedback to the player on how better he is getting at the game.

God Hand ditches out combo memorization in favor of an easy to understand set of options that reveal their complexity through their success on parrying, guard breaking, stunning or tripping the enemy, which varies depending on who you dealing with it at that moment, and instead let's players express themselves by allowing them to choose their own sequence of combos to perform from a vast list of Bruce Lee like moves that, if set up properly, will have your enemies all flying into a concrete wall at mach speed from one single twirling kick.

Framing all of this insane action is one of the most out there and bizarre universes ever seen. God Hand wears it's 80s/90s action anime influences on it's sleeve, but even if you have gotten familiar with Jojo's Bizarre Adventure these past years, you will still have a hard time making sense of the design and personalities of some of the enemies and bosses in here. God Hand takes the aesthetic of 2D beat 'em ups and just amps it up to 11, clearly having no interest or care for consistent and well thought out world building and presentation, and going for a humorous and visionless dumb as fuck story.

Which is awesome, because what other game has you fighting a wrestling Gorilla that chases bananas mid combat, sparring against a fat Elvis mexican impersonator, or spanking a succubus that turns you into a dog, all in the span of a few hours? The game is funny but fighting all the waves of enemies gets really repetitiv they also do not die fast enough or pose enough of a challenge.