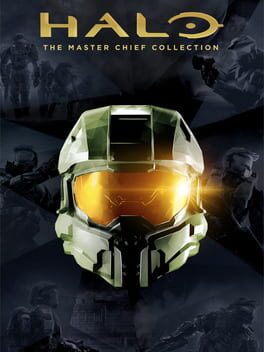 Had a horrendous original laugh on Xbox One. Multiplayer was unplayable, achievements wouldn't work sometimes, It felt more like an advertisement for Halo 5...

Then it was released again on PC. With Halo Reach. It made up for all of its passed mistakes. The only reason I'm not giving it a 5 star is because I'm not a fan of the live service approach 343 is taking with the collection, especially with Halo Infinite being a live service as well.

Overall though, I would highly recommend if you've never played Halo before. Hell, even if you have played all the Halo games 10 times, but this collection and play them all again.

I have heard horror stories about the games launch state, but god damn has it brushed itself off and picked itself back up. I admire 343’s dedication to fixing up this mess of a product into one of the greatest compilations ever made. Halo 2 Anniversary alone deserves a full star, holy crap the graphics and sound design are so fucking good, unlike CE Anniversary. I just wish there were more multiplayer maps for 2 anniversary. As of the date I’m writing this, the MCC is not only a complete package, having added Reach and a much more in-depth customization system, but it has its own features to differentiate it from the individual games such as weapon and vehicle skins, a very consumer-friendly (FREE) battle pass, a ranking system, and even some new maps and skulls! Also porting it to PC as well as allowing for Keyboard and Mouse configuration is amazing. Halo is on PC now and it’s not shit like it was with the Gearbox ports! That’s legitimately amazing.

Some features I would like to see in the future are a map voting system and a more accessible way of sharing Forge maps and custom games.
I wouldn’t mind having Halo 5, Halo Wars 1 and 2, and the Spartan Assualts added, though this is a pretty tall order. Are these necessarily good games? Not really. But would It be fun to try them out without having to pay for them? Yeah, it would. My dream would be to rework the Halo 5 customization and egregious microtransaction system into a more consumer friendly framework like they did with their current battle pass system. Hell, maybe even bring Splitscreen back! I know that this is all a pipe dream, but it would make the Collection feel all the more like the definitive Halo product. Lastly, it’d be neat to have a more robust extras selection such as concept art, soundtracks, interviews, original game credits, hell, maybe even that animated mini-series would be great. Make it a celebration of all things Halo. I would love to see the Believe ads for Halo 3! Again, these would all be nice changes, but they’re not strictly necessary as the game is already well worth its price in content.

Unfortunately the playerbase is really only fixated on either 3 or Reach to consistently find matches for CE, 2, or 2 anniversary, as well as any game mode that isn’t CTF or Slayer, but that’s not really the games fault is it.

Finally, I can’t in good faith give it a perfect score just because it was in a good shape when I picked it up in 2019. Like No Mans Sky, Cyberpunk, and Fallout 76, just because your game is eventually patched doesn’t excuse the fact that you rushed out a broken, unfinished mess at launch. But in the current year, if youre Halo fan or a newcomer to the franchise, this is a damn steal of a collection for 40 bucks and an instant recommend. I hope 343 continues to expand this collection even when they move into developing Infinite, because the Halo games (except 4 and 5) have aged incredibly well and stand out as some excellent single player and multiplayer shooters.

I'm mainly writing this just because I found the multiplayer completely different to what I remember from Halo 3.
Halo 3 was easily one of my favourite games to date. Especially the multiplayer. But for some reason, every game I played that was from the Halo 3 pool of games, just didn't feel like Halo 3.
The reason for that which I figured out eventually was that the games are always Team BR's. Halo 3 felt like every game of Team Slayer had some crazy variety because everyone would try to control locations for weapon spawns but because everyone spawns in with a BR, the games just turn into BR battles.