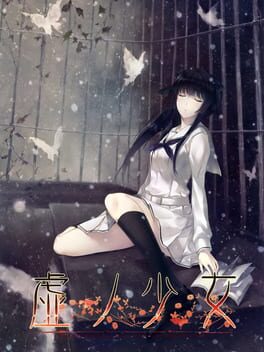 Kara no Shoujo - The Second Episode

Kara no Shoujo - The Second Episode

Kara no Shoujo - The Second Episode is a Japanese adult visual novel and the second game in the Kara no Shoujo series. As a visual novel, Kara no Shoujo‍ '​s gameplay primarily revolves around reading the dialogue with other characters and making choices that affect the outcome of the game. The game features a fully voiced cast, including the protagonist. The detective system has evolved from the first game and consists of four parts: story, exploration, investigation and deduction.

can't wait to inevitably read the final one! 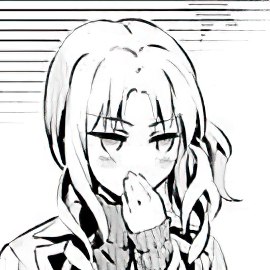 I want a little sister now

I'm probably one of the rare persons who were really disappointed by KnS 2 and prefers the original VN even if it overall has better "writing", notably in the plotting.
The VN has a lot of qualities, the mystery is well-built, with a lot of characters who are useful to the mystery, it really feels like a big mystery to resolve, with a lot of layers.
The art is really beautiful and is a major step-up from the first KnS (a already really beautiful visual novel), it really feels like you are looking at paintings and it made the visual novel so smooth to look at.

But I think Kara no Shoujo 2 fails in a lot of areas compared to the first one.
First of all, the VN is never scary or even oppressing, almost everything compared to KnS 1feels way cleaner, the murders lack creativity or pure madness when you can feel that the murders in the first episode were a way for the murderers to express how mad they are, some of the murders even felt surrealist at some point because of that. It's justified by the plot of KnS2 that the murders are more "political" but it makes the VN less interesting to me.
Another issue for me is the fact that the VN changes perspectives so much that none of the characters (even the protagonist) feels really fleshed out as characters, it feels a bit like they are mainly plot-devices to the plot. When I finished the VN, the only new characters I was interested with were Masaki and Michiru because of that (and I enjoyed their relation, it was really endearing to read).
But I think my biggest issue with the game is how the fact that the main character is obsessed by Toko is never really showed in a direct way. I was expecting to really have his thoughts about how he felt about her disappearance, except that it was not the case except some moments (like when he's dreaming about her, his relation with Kyoko as a way of forgetting everything concerning Toko. I wanted to feel his pain since the disappearance of Toko was heartbreaking to me, it's probably one of my favorite female characters ever in a visual novel, so it was frustrating to not feel how he really felt, it's like I felt disconnected with it. The progression of this part of the plot was also really weird since it's mostly with Toji that this part of the plot is progressing,.
At least the VN catch up at the end (probably one of my favorite parts of the series so far) with a really heartbreaking (and expected) scene with him "finding" Toko, even if it felt a bit lazy from the VN since Toko was barely the focus of the VN).

To conclude, I can say I enjoyed KnS 2 but nowhere near KnS 1, and I hope the series pick up with 3 (and I think it will since it looks like it's more tied to the plot of KnS 1).

WHAT. A. GAME. This is probably THE best mystery VN I've played, and that's been pretty much exclusively the type of VN I've liked to play for over a decade now, so seriously, WOW! KnS2 is a bit difficult at first, given how it decides to drop everything after a major cliffhanger and go for introducing a massive new cast in a flashback that feels as if it continues forever, but STICK WITH IT. Outside of the sex scenes which I always find gratuitous and annoying in VNs, every detail finds a way to be important, and you end up with a complex weave of mysteries that will surprise you with just how intriguing they are. As much as I loved the first game, this is a step up in every way. Waiting for the final episode to get an English translation is going to be a nightmare, let me tell you hwhat...

I was weary of KnS 2 to begin with due to the first couple hours consisting mainly of incredibly dull slice-of-life high schooler antics. Thankfully it serves the purpose of introducing a lot of the primary players in the main mystery and afterwords we get right back to the main appeal of Kara no Shoujo: The detective drama starring a mature tired adult. KnS 2 is a straight upgrade from the first game thanks to it's beautiful art, tone-setting music and focus on a single larger overarching mystery with a complex string of branching sub-mysteries that tie into it. The first game suffered from being rather short and still splitting its focus between 2 cases and antagonists even if they did tie into each other, while KnS 2 is much longer and more focused. While Reiji is a great protagonist, it's nice that the game regularly switches perspectives to different characters like Ayato for a little bit just as a change of pace since the game is so lengthy. It was a bit disappointing that Uozumi and Takashiro are pretty much absent from KnS 2 but I do like Yaginuma having a larger presence since his antagonistic-yet-competent-and-understanding demeanor contrasts well with Reiji and makes for some entertaining scenes. The new side characters like Toji and the takoyaki merchant are great additions as well. Aside from the intro, the game proceeds at a good pace and the cool 50s detective drama atmosphere makes up for the slower parts. The mystery is complex with enough bits and pieces to keep you from figuring out everything for 90% of the story, though it can spend a bit too much time on blood type analysis. KnS 2 also ends very well with a cathartic but depressing conclusion reminiscent of Max Payne 2. While a part of me would've liked for the story to be a bit more connected to the first game, I appreciate that it's set on the backburner as a closed case much like the search for Toko.