released on Oct 14, 2003
by Remedy Entertainment 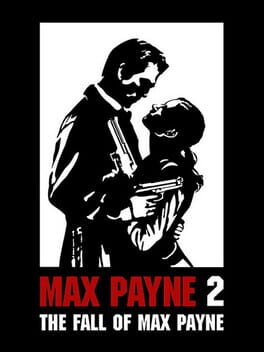 released on Oct 14, 2003
by Remedy Entertainment

Max Payne 2 is a third-person shooter, in which the player assumes the role of Max Payne, but also plays as Mona Sax in a few levels. Initially, the player's weapon is a 9mm pistol. As they progress, players access other weapons including other handguns, shotguns, submachine guns, assault rifles, sniper rifles, and hand-thrown weapons. To move the game along, the player is told what the next objective is through Max's internal monologue, in which Max iterates what his next steps should be. Everything that Max Payne 1 does but better!

The gameplay is a frustrating downgrade. You can no longer circle strafe around enemies as they will lead you. This makes playing out in the open in Max Payne 2 much less controllable, effective, and fun than in the first game. For mid to long range encounters, your only option is to chain side rolls until you get into cover and play from there. I believe the reason that they designed the game this way stems from the changes to bullet time.

In Max Payne 2, the more kills you get while in bullet time, the slower the game will be in relation to Max. At the highest state, bullets are very easily avoided. You can play out in the open, they just wanted you to abuse this poor implementation of the bullet time mechanic. Abusing this is binary and easy. Head shots instantly kill in this game, and enemies are nearly unresponsive when your bullet time is at its strongest. The developers expected you to use the mechanic more liberally than I did, and unlike Max Payne 1 did not seem to be designed around playing without it.

However, there is a small silver lining that allows me to break out of this game's box which is born from a new property added to side rolls. The side roll now(inconsistently) knocks enemies over or staggers them. This has the potential to make close quarters fighting pretty fun, as you are micromanaging enemy hitstun in order to keep them from shooting you in the first place while you finish each of them off. Unfortunately, even CQC has its own issues due to how fast enemies die in this game. It's too easy! Encounters with less than 5 enemies are just a joke in CQC because enemies don't last long enough.

This is actually a general problem with MP2's combat. Head shots will instantly remove any enemy. This makes sense from a realism standpoint, but nothing about the rest of the game is realistic, so I would heavily prefer fights lasting a bit longer. Then again, maybe due to all I've mentioned above, I should be happy the game is a breeze. By the second half of the game I'd given up experimenting and was just going through the motions, the gameplay a complete formality.

The half star was for the presentation and story. Vlad being a Circle member all along is pretty silly in a way I think devalues him, and I wish the game actually said a little more about Max. It is content to bring up aspects of him or his perceptions without really making any point out of it. I'm being a little hard on the story because the upgraded presentation and slight tone change tricked me into thinking more was going to be done with Max as a character. I like how it all ended regardless, and even though I bitch I was entertained enough to see it through.

I was pleasantly surprised revisiting MP1 by how much freedom it gives the player to engage with its mechanics. Unfortunate that this was so far from MP2's priorities. I would've traded the funny ragdolls. So based but screw the escort mission that one is bs.

Feels like a direct-to-video sequel but it's good enough Mechanically it's smoother and the Bullet Time is absolutely insane this time around, but it feels inferior to the first game and I can't exactly explain why. Max isn't portrayed by Sam Lake anymore and that's a huge loss, plus the story relies more on regular cutscenes instead of the cool comic strips in the first game (they're still there, they just appear much less). The reason it feels inferior is probably because it lost a lot of the charm the first game had, but it's still great nonetheless. ...In Which Sam Lake Makes A Serious Case For Video Games As A Metaform, And Also For Sequels As Metatext