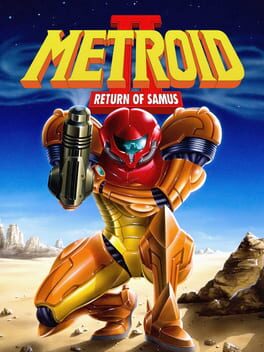 A Sinister Planet Threatens the Galaxy!

Space Hunter Samus Aran returns to battle a planet crawling with evil creatures bent on universal domination in this bigger than ever sequel to the NES classic, Metroid.

Take control! Guide Samus through cavernous corridors, ancient ruins and alien traps. On the mysterious planet of the Metroids, you'll find artifacts of a lost civilization that grant amazing powers. Cut through creatures in a buzz-saw blur! Roll through hidden tunnels and climb sheer walls!

A battery back-up allows you to save your progress as you fight to the heart of the planet and search for the merciless Metroid leaders. If you are a cunning explorer, you'll earn the best of several super endings.

Enter this exciting Metroid sequel and experience the thrills of Game Boy like never before!

The Game Boy Color has stored preset color palettes for Metroid II and a few other Game Boy games. If played on the GBC the game will have some variation in color.

This was a surprising game. It was the first Game Boy game I had beaten (this was 2022) and it was a surprisingly great game with music at a quality level I didn't think the Game Boy could do.

It was nice to learn about Hiroji Kiyotake, one of the directors of Metroid II, and probably a leading force in the sheer personality and fun that a run of good GB platformers have - Metroid II, Super Mario Land 2, the Wario Lands...
Despite having played most Metroid games I'd never played Metroid 2. I bounced off of it a few times, but after roughing it through Metroid 1 (another brilliant game), I went ahead and played through 2.
At first I was hesitant about the structure of the game - seeming to move away from the chaotic maze of Metroid 1 for a more linear experience. But I think the structure of Metroid 2 - that of burrowing into an ant farm, exploring smaller labyrinths budding from a main path - works well. It enforces the narrative of Samus as this bounty hunter, cold bringer of death, her triumphant "overworld medley" song being replaced by the quiet nature and sounds of Metroids merely living at home.
The black and white graphics look amazing at times - especially level 3 with its mechanical sand maze and the vertical, overgrown shafts. At its best there's a real sense of encroaching into disturbing territory, the way it feels to peer from a safe path into a deep patch of forest. The variety of 'nests' the game manages to convey is inspiring! The game fully understands its visual format and how to exploit it. Metroid fights remain tricky to cheese, with the metroid becoming invincible offscreen, always feeling claustrophobic and chaotic, thrilling.
There are a handful of rough edges (the lack of save points, occasional missile/energy grinding) but I think the rest of the game makes up for it. I love the setpieces with the Metroid counter resetting in the lair, or the omega metroid attacking you after killing the alpha, or the lair of the omegas. I do think that the art could have been a bit more interesting at parts, especially with all of the vine background layers in level 3 - some later levels feel a bit empty .
That being said, the atmosphere never feels overexplained. It was fun to stumble upon the massive Chozo compounds, with dangerous robots, butted right up against Metroid caves and lush caverns.

Shoutout to the ambient music, which works really well! Unsettling, dark stuff, really understanding the 'texture' of the game boy sound palette.
--
Overall, it's a very strong game, but I can't give it the "5 stars'... I think it might be related to the economy of ammo and energy and how they inevitably shift way in your favor as you progress through the game - enemy encounters always feel a little less exciting once you have the screw attack, plasma beam, etc. It feels a bit counter to the narrative they're setting up with you diving into more dangerous lairs. The Omega metroid may look spooky, but it's not much of a threat with my 150 missiles, varia suit, and 500 energy. 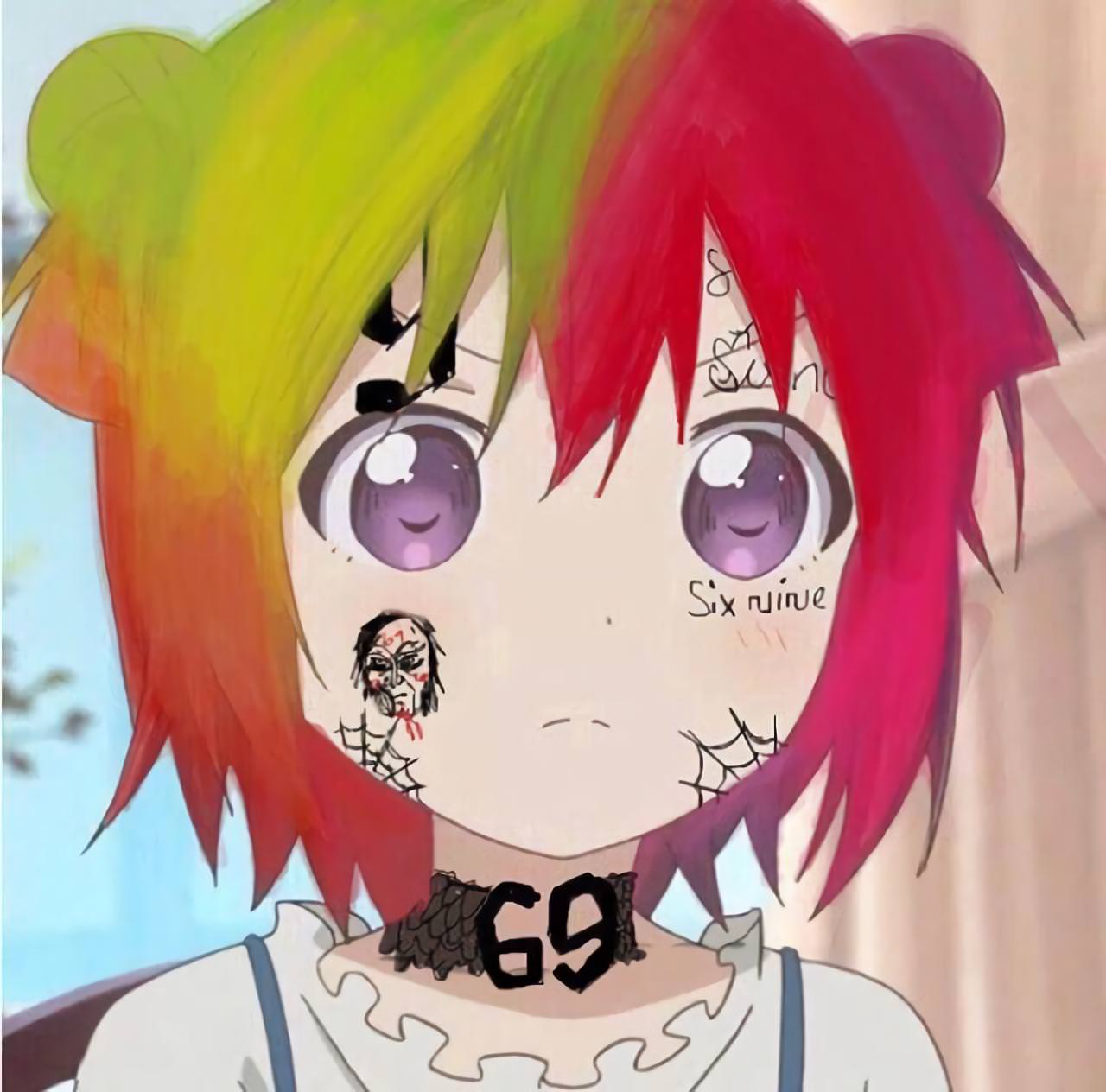 Was doing great without a map until I missed killing one of the metroids and had to backtrack. Did not help that I was playing on black on white. Though I felt this was easier than nes metroid but def feels more janky 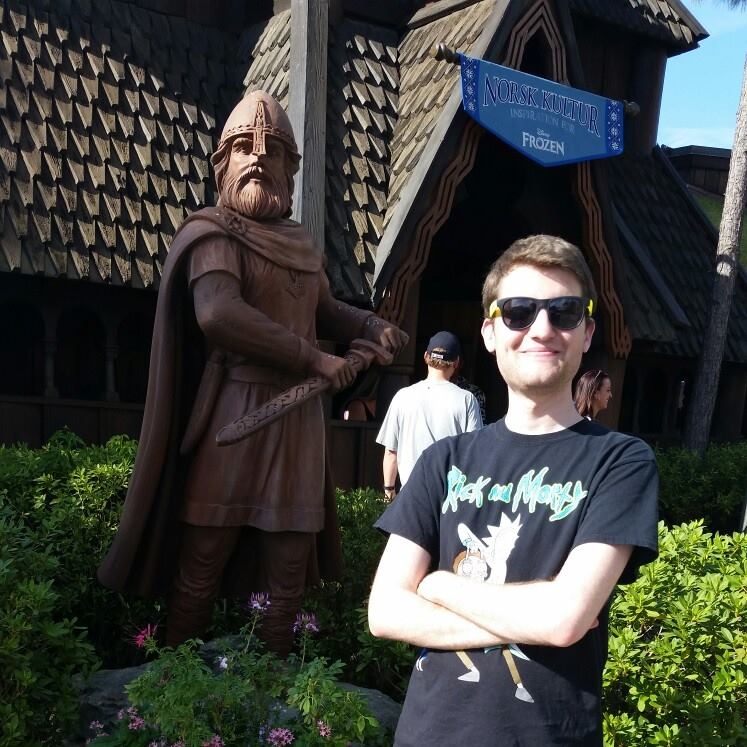 A surprising jump in quality over the first game, for being on a system not much more advanced than the NES itself, and lacking one thing the NES had, color. I found myself being led fairly easily through this game, and I didn't get stuck unlike how I got stuck several times with the original.
But little did players at the time know that this was just the chrysalis stage of Metroid, a prelude to the beautiful butterfly that would emerge just a few years later... 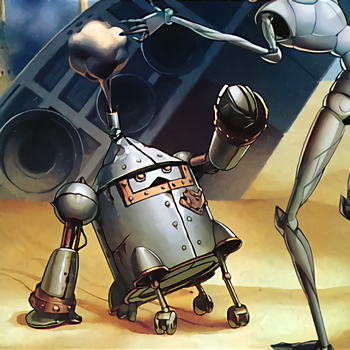 This game is... not awful! I expected this to be the worst of all the Metroid games (except for maybe NEStroid) but with the help of the colorization ROM hack and a map it ended up being surprisingly decent.
The music (or lack thereof) helped add to the atmosphere of the areas, and the super-cramped screen made it pretty tense when you were exploring with the possibility of a Metroid suddenly appearing at any moment. This definitely isn't a traditional Metroid, though, as there is zero backtracking whatsoever. However, I think the overall difference in its formula makes it that much more charming!
As someone who's played through AM2R and Samus Returns I like to see how differently they interpreted this game. AM2R is very faithful to the original, while Samus Returns takes the ideas and makes it into its own thing.
If you're a big Metroid fan I'd suggest giving this game a play, ESPECIALLY with the colorization ROM hack.