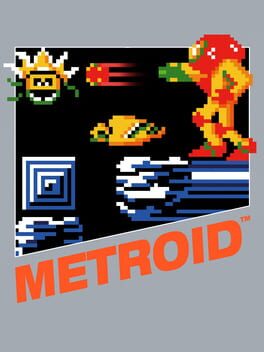 It's you against the evil Mother Brain in the thrilling battle of Metroid! You're inside the fortress planet Zebes. The planet of endless secret passageways where the Metroid are multiplying. Left alone the Metroid are harmless. But in the wrong hands they could destroy the galaxy. It's up to you to prevent the Mother Brain that controls Zebes from using the Metroid for evil purposes. But that won't be easy. You'll have to use your spacesuit to absorb valuable energy for your search to gain the use of power items like the Ice Beam, Wave Beam, High Jump Boots and Varia. If you survive, it will be you and your acquired powers against the Mother Brain.

The creator of a genre. Unfortunately it's aged kinda poorly, but it's surely still worth at least a try these days Play this if you hate yourself. God knows I do.
Controls are jank, rooms all look the same, you only spawn with 30 health despite your maximum being able to go into the 100s making grindy insanely annoying, and there just isn't much here to play for.
Biggest praise I can give it is being more open ended than Zero Mission and it trying something new for the time.

I've been meaning to give this a replay for a while, because it kind of dawned on me a bit ago that I rated it on the lower end of the rating scale, and I basically only focused on the punishing aspect of dying. It's fair, but is the rest of the game really that bad? While not my very first game, Samus was there for me since the beginning of my days of tapping buttons and staring at a TV screen like a mindless drone. It started feeling kind of unfair that I'd write it off like that, especially when I go easy on other games on the system for arguably worse things like sending you three levels back for dying to the final boss, or worse, sending you all the way back to the first screen.
I stare at my copy of NES Metroid passed along to me by my dad and utter, "was I too hard on you?".
Booting it up, I always feel that childhood rush as I hear that title screen music. Not long after I found myself once again blasting through Zoomers as they crawl along walls, as unfortunately Samus can't bend at the knees to shoot them while they're on the ground. From now on I will be addressing Zoomers as "Spikeys", as that was what I knew them by and "Zoomies" were what I would call the Zebs which actually did some kind of "Zooming" of sorts. Yeah it's stupid, but I was young and reading instruction manuals wasn't my strongest aspect back then, and I'm pretty sure my dad had since long lost them by the early 90s. I got my morph ball, then I adventured onward through Brinstar for the seemingly hundredth time. Everything came back to me, and it kinda came naturally for me to remember where most of everything was. If only everyone had that kind of experience with this game I suppose.
Going down to Norfair was always an unnerving experience for me when I was little. The music suddenly changed! It became eerie, weird and different from the more upbeat theme of Brinstar, and those statues at the elevator! They were super unsettling to me! Do I have to fight these guys eventually? I was always afraid of statues coming alive and attacking me in games back then, it's funny considering something similar happens in the beginning of a certain SNES title related to this particular game...I wonder what would've happened if I had actually played it back then. Don't even get me started on that scary monster face in the elevator room to Kraid's Lair! That elevator music used to put me on edge all the time. Is something gonna get me?
Braving the scary monster face, I eventually took the elevator down to Kraid's Lair. It was then that I got to hear a tune, it was a piece of 8-bit bleeps and bloops that would become completely ingrained into my mind for the rest of my life. It was mesmerizing, almost trance-inducing. I stood there on that elevator platform for ages wondering what the music was doing to me. Was something uttering a lullaby to put me into a false sense of security so it could come out of hiding and devour me? No, it was something else. I just...really really liked it. A doom-filled melody for a place full of the hardest creatures yet for me to fight, and a scaled down alien version of Godzilla for me to get ragdolled by. Good stuff "Hip" Tanaka, thank you once again.
Other standouts in my adventure include Spikeys walking into doors along with Samus and presumably biting her hand after she attempted to tame it and make it a pet dog, an absolutely adorable version of a purple dragon that I would main in Smash Bros. Ultimate, and lastly getting combo'd by honey nut cheerios in the final fight against the Mother Brain herself. I wasn't quite good enough to have Samus take her armor off, but she did take her helmet off, showing that she is indeed...a lady...or a very feminine guy. I do wonder how long it took me to find out she was a girl, I wanna say it was Smash Bros 64, but who knows anymore. She's cool though, and that's all that matters.
The Final Verdict: I still think kneecaps should be annihilated for the sheer punishment handed out for biting the dust, but....I had fun. Was I hard on you NES Metroid? Yeah, a little bit. Sorry about that. You've got your problems, but you're still nice.
Please look at Ridley though, look at the boi. I would like to give him a cracker. 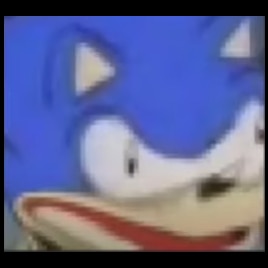 The genesis of Metroid is relatively well known and takes place at the time when the Famicom saw an increase in storage capacity for games. Two directions were taken: the first is well known, it is The Legend of Zelda (1986), with the Dream Team in charge of the project – Miyamoto, Tezuka, Nakago, to name but only a few. A few months after, Metroid was also intended to be a non-linear title in its progression, but for the action-platformer genre. The team was different, as it was led by Satoru Okada and Yoshio Sakamoto, who had won their spurs on ports of arcade titles.
The scenario is more elaborate than the majority of the titles of the time and is backed with an extensive lore in the manual: we play as Samus Aran, who has to find the Metroids, stolen by the space pirates. These are holed up on the planet Zebes, which serves as the main exploration site. If the influence of The Legend of Zelda, in the non-linear construction of the world and the quest for objects to facilitate exploration, is obvious, Metroid innovates by its claustrophobic aspect. The cramped environments force anxiety, which the music often compliments. Brinstar, as the first locale, has heroic flights in its melody, while the bass in Kraid's Hideout creates anxiety with throbbing arpeggios and an ostinato that mimics a heartbeat. The soundtrack clearly plays on this carnal side, especially in Ridley's Hideout or in the secret rooms: strangeness is invited by chaos or silence, which take hold of the throat. The influence of Alien (1979) is undeniable and documented.
It is this mysterious, almost frightening side that accompanies the exploration of Zebes. Our initial, very limited arsenal prevents us from moving around as we please. The initial inability to attack ground-crawling enemies makes some sequences more complex than they seem, and it stays a perennial problem. Missiles are an effective expedient against more powerful enemies, but their number is limited, pushing a conservative approach when using them. Only the Screw Attack sets us free, but this is well hidden in a corner of Norfair. For the majority of the game, exploration thus remains a breathless challenge. This exploration, while intended to be organic, can nevertheless be broken down into several sequences – more or less interchangeable. From Brinstar, three zones radiate out and allow us to acquire upgrades. It is possible to explore Brinstar and then Kraid's Hideout; then Norfair and Ridley's Hideout, before tackling Tourian. This last area is the only one that is conditional on exploring other areas, as it is pegged to the death of Kraid and Ridley. Otherwise, it is possible to explore freely, although some passages require a certain amount of creative skill to progress without key items (Ice Beam, High Boots). We can already see the emerging potential of Metroid in this opus, especially the bomb jumping – though it's a bit different from the way it is done in Super Metroid, in that the game sometimes doesn't recognise the B button imput, when you want to drop a bomb in the air.
Beyond these qualities, Metroid is still a NES game and is limited by the technology of its time. Interviews have pointed out that storage was at a premium, so assets had to be reused to compress the size of the game. In practice, this results in rooms that are sometimes very similar, if not absolutely identical. Unfortunately, this makes exploration less iconic and, much more so than in Super Metroid, it seems essential to rely on an external map, as it is very easy to confuse one corridor with another. The lack of eight-way directional shooting feels limiting, especially as Samus can't redirect her gun in the air, leaving her sometimes defenceless against some fast-moving enemies. The game also lacks a bit of visual cueing to guide us through its world. Tourian requires possession of the Ice Beam to freeze the Metroids, but the title is never really clear on this point – admittedly, it places one in Norfair, in a more or less convenient location after facing Ridley, but this is somewhat inelegant. Similarly, some of the secret passages are viciously hidden and require, similar to The Legend of Zelda, the player to bomb every block to ensure it's not crumbly – the situation is even worse with the fake lava lakes. These little hiccups can detract from the quality of the exploration, especially as the difficulty remains generally high.
A quick word on the representation of gender: depending on the speed at which the game is completed, the ending screen may reveal that Samus is a woman; exceptional speed even shows her in a bikini. The inspiration is again Alien, with Ripley. Nevertheless, it is obvious that this choice is still situated in a very sexist environment, to the point where a non-negligible part of the public did not admit that Samus was a woman – Western magazines not helping on this point, notably because of the confusion surrounding the password 'JUSTIN BAILEY'. Fatally, the subversive side of Samus eroded quickly – perhaps less so for the manga? This is illustrated by her sexualisation in Zero Suit Samus, as well as in the themes of Metroid: Other M (2010). In any case, Metroid remains an essential game, even if it has not aged very well and Zero Mission (2004) is far more easily recommended.

Not the best Metroid and a bit on the archaic side, but still a great game on the NES.