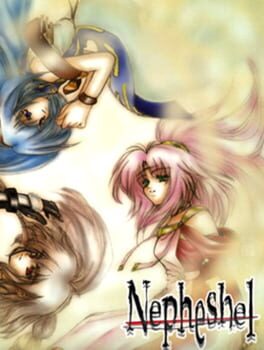 Nepheshel is an influential indie Japanese RPG developed by the doujin circle Studio Til with the RPG Maker 2000 software. The game was initially released on June 2rd, 2002. It received an English fantranslation by RPGMaker.net user Vittone on October 15th, 2022, more than twenty years later.

Set on the isolated Confined Isle, the protagonist awakes without memories after washing ashore from the ocean. The island is said to be cursed so that everyone who sets foot on it loses all their memories. The game has the player exploring a series of interconnected dungeons in order to uncover the mysteries of the isle. Dungeons are intricate, full of traps and difficult battles. There are no random encounters, and every enemy icon on the map is colored according to the expected difficulty of the battle, so players can choose to try to sneak past dangerous enemies.

The exploration is open-ended, with the player being free from the beginning to explore the island without hardly any obstacles except the perils of the dungeons themselves.