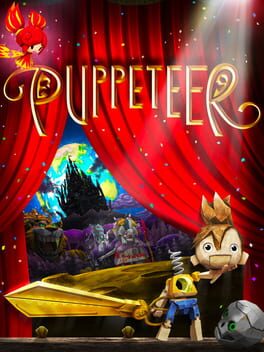 One dark moonlit night, a young boy named Kutaro was carried away by the maleficent Moon Bear King to a black castle where the unlucky lad was transformed into a puppet.

Kutaro displeased the terrible tyrant, who devoured the boy's wooden head and cast away his body. But the headless hero was not alone, for he had discovered a very special pair of scissors to help him on his harrowing adventure to find his head, and his way home.

Puppeteer is a brand new franchise developed exclusively for PlayStation 3 by SCE JAPAN Studio. Set in a magical puppeteer’s theatre, this title will introduce you to a strange and fantastic world, where the environment is constantly changing. Players will enjoy a rich, dark fairytale where surprises lurk around every corner.

Swappable Heads -Kutaro can change his head anytime he chooses. Lose your head and you lose a life, but use your head and you’ll discover that you have the ability to change the world
Unique Platforming -Wielding a pair of magical scissors, Kutaro cuts and crops his way through the adventure
Dynamic Interactive Backgrounds -A huge variety of backgrounds that are continually changing, taking you on a journey of discovery that will surprise and thrill
Theatrical Storytelling -Audience, lights, sets, music and narration all combine to create a mesmerizing, unique storytelling experience 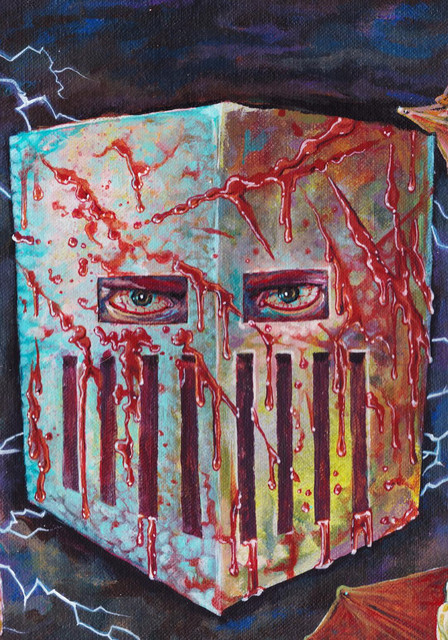 A underrated game. Such a masterpiece 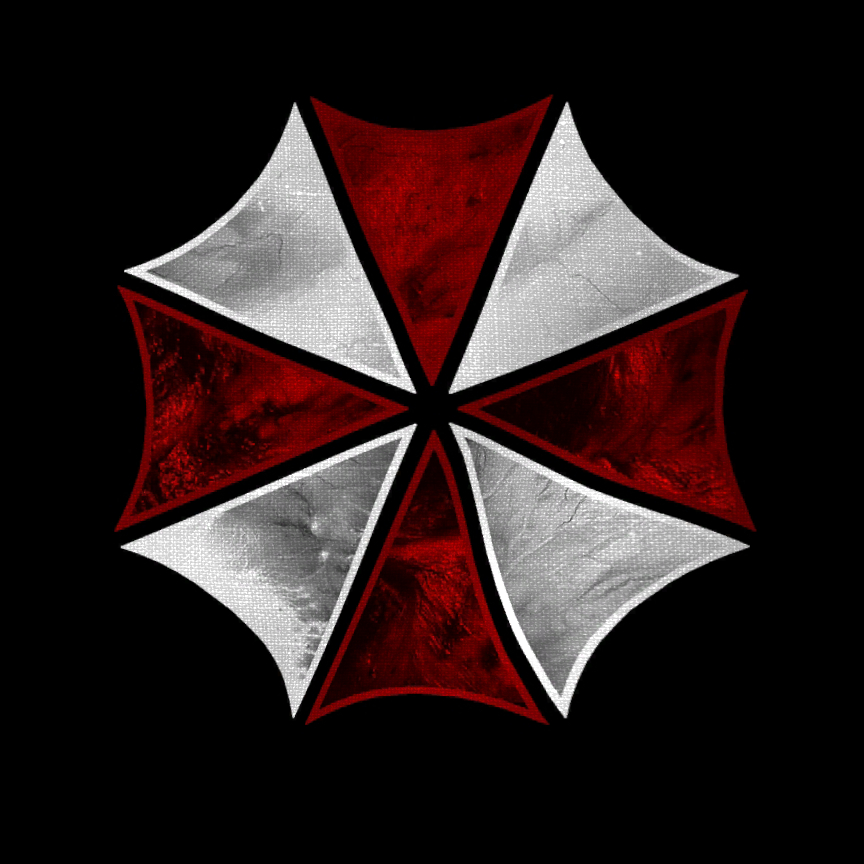 One of my favorite PS3 games, I really hope this game someday gets a remastered treatment in future PlayStation console or even better, a sequel.
Puppeteer features one of the most impressive presentations in terms of art direction and setting, with theater features that really make you feel like another spectator. The game is colorful yet it contains some darker tones depending on the levels.
Gameplay is interesting combining platforming elements with some interesting progression movements done by using your scissor companion. Backgrounds can be dynamic and offer a lot of variety in terms of level design.
Overall, Puppeteer is a true "hidden gem" for the PS3 that excels in its presentation and is one of my favorite experiences for the system; and is a must-play for platforming fans. 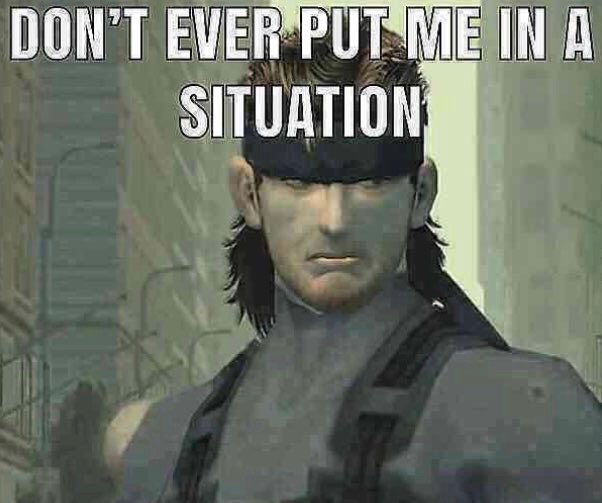 Back at it again with SCE Japan Studio. Figured I would cave in and buy this one before the PS3 store is shut down forever. Didn't really know what to expect going into this title, but this one ended up drawing me in something fierce, like all of Japan Studio's titles.
Puppeteer loves playing with the foreground and background. The ever-present curtains, floor and ceiling on the sides of the screen provide a constant frame of reference for these shenanigans. Puppeteer wastes no chance to make its presentation even more genuine and charming. The sets shift in and out of frame as if they're elaborate pieces of machinery. In the 2D platforming segments, there are rotating gears in the bottom corners, signifying that the set is being scrolled in real time. There's an audience that cheers and gasps at whatever's happening at that moment. There's always a spotlight aimed at the main characters. Every character looks like they're made out of practical materials, like wood and paper. Their movements are all spindly, y'know, like they're being puppeted. I feel like the only thing they're lacking are the strings that puppets usually hang from, but in all honesty, it's probably all magic anyhow. I was willing to suspend my disbelief so they could show me more fantastical feats, things that wouldn't be possible when being tied down by strings.
Another element I have praise for is the soundtrack. It's a fully-orchestrated one, composed and arranged by none other than actual Hollywood talents Patrick Doyle and James Shearman. I don't know how these professionals were brought on board, but their compositions fit the tone of the game perfectly. It's thrilling, adventurous, tense, and so much more.
The tone of the writing is like a mix of Disney's whimsy with a healthy dose of humor that feels reminiscent of something like Monty Python. The game plays itself pretty straight as a wooden puppet show with the spectacle of a theatre performance, plus a little bit of magic sprinkled in there. The narrator describes all the antics and happenings in eager detail as you progress through the stages, and characters give off witty dialogue. The one outlier to this is the brash pixie princess, Pikarina. She's a good supporting role for Kutaro, but she has got a mind of her own, and she tends to bicker with the narrator. It's still quite funny, but it can be a bit much at times. It feels like she's going "off-script", if that even makes a lick of sense.
The game's a 2D platformer with emphasis on collecting heads, interacting with the background, and cutting things with your magical scissors, Calibrus. When Kutaro gets hit, his head bounces around temporarily like rings in a Sonic game, and you aren't allowed to run around like a headless chicken; Kutaro's gotta have something where his noggin goes. Fortunately for our hero, heads can be found in all kinds of places. By having Pikarina investigate all kinds of back/foreground objects, you'll reveal a plethrora of secrets, including various heads. Aside from serving as your HP (you can carry and swap between three heads at a time), each head has a "head action" associated with it. When used at the right time/place, magic happens. You can activate unique scenarios, reveal even bigger secrets, gain access to bonus stages, and even neuter/skip entire segments of levels and boss battles. Kutaro's main weapon is a pair of magical scissors. The regular enemies are pretty much fodder, the real fun with the scissors comes from the platforming. There's a certain rhythm to the action of snipping through objects, over gaps and around obstacles.
Admittedly, I finished this game weeks ago, but I ended up going after most of the trophies. The reward was never the trophies themselves, but the fact that they encouraged me to seek out all the cool details and writing that they packed into the game, easily missable if you don't do some very specific context-sensitive actions. The game gave me this message after finishing it, and while I appreciate the coy humor, they shouldn't belittle themselves like that! All these people came together to create something truly one of a kind. I never see this title get talked about when SCE Japan Studio is brought up, so I'm guessing this is the black sheep of their lineup, which is a damn shame. I also fear it got overshadowed by other titles that year, like Grand Theft Auto V. You can still get this title digitally for $15, and I recommend you do so while you still can. Bring some popcorn too. 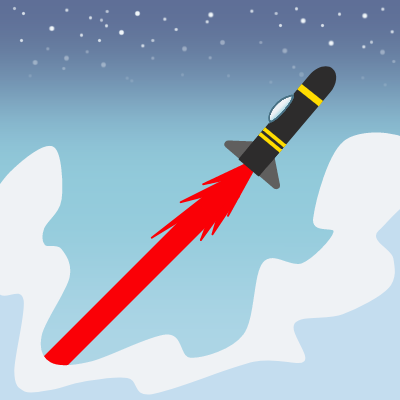 A very charming game with pretty big pacing issues. At times it's magical. The way the levels, characters, narrative and world unfolds is simply incredible. I was really impressed by how much storytelling it packed into the proceedings, and how compelling that story was. That said, going through it an act at a time was absolutely positively exhausting. Each level, each act goes on for so long and you feel that length acutely. Still, if you can get past the pacing, it's very well crafted. 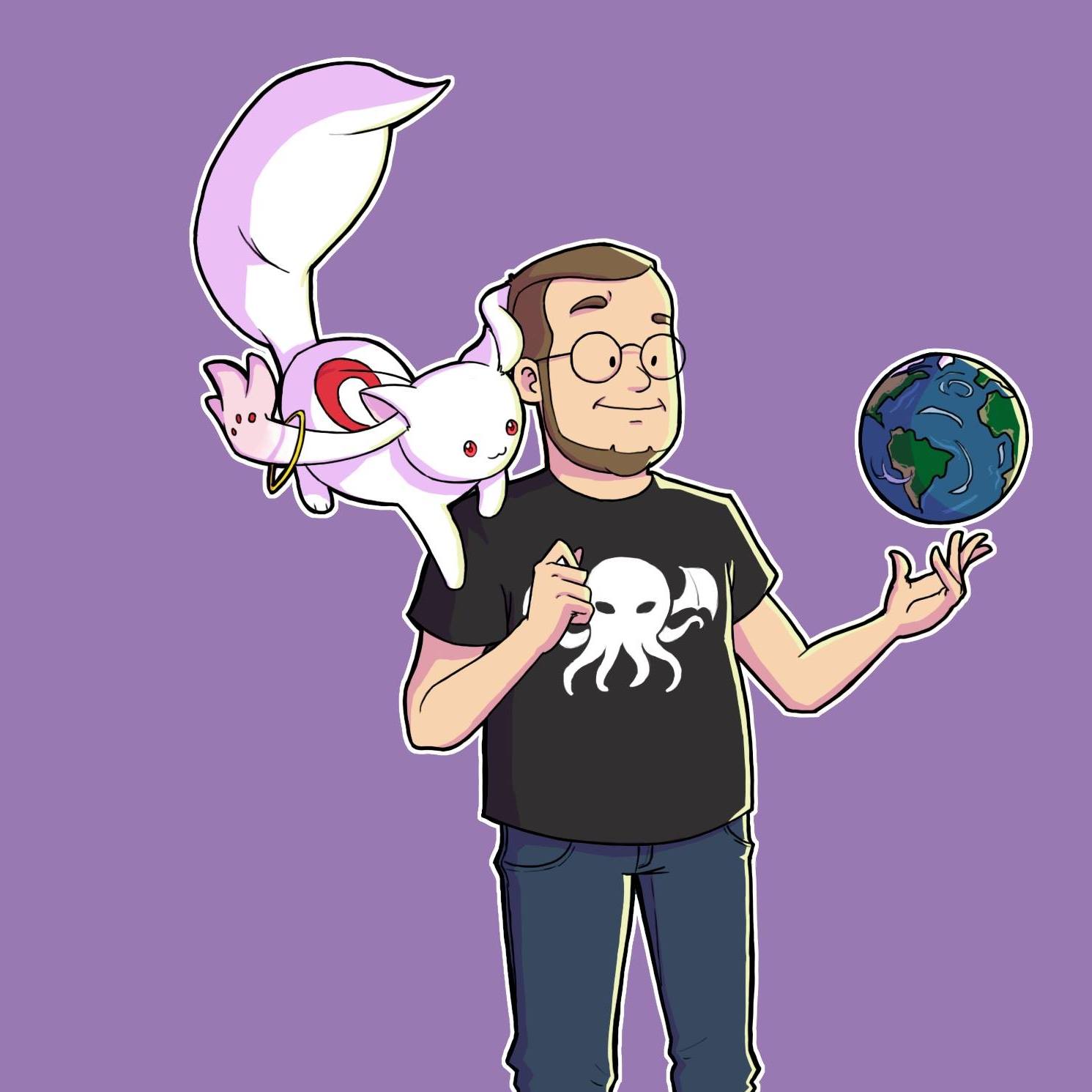 This game is amazing.
Cute, charming, special.
It's a crime that this is stuck forever on the PS3.