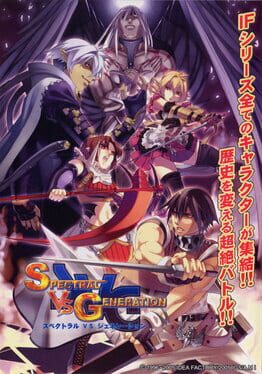 The fate of a land rests in the hands of fearless fighters, united in their quest to control the power of the Earth temple. Master devastating attacks and vanquish your enemies in this epic struggle between good and evil!

Spectral VS Generation is a 2D versus fighting game in which you take control of one of ten fighters from the Spectral Force series and Generation of Chaos series. The cause for all the fighting is apparently to decide who will claim the powers of the of the fabled Earth temple.

The fighters to choose from are Ice witch Mayura, War gale Weles, Empress of darkness Roze, Northern knight Eril, Sword master Kryce, Aristocrat of Darkness Jado, Holy fist Ryuken, Explosion child Hiro, Wyvern of the East Drochimaru and Holy god earth. Each fighter has their own weapon and fighting techniques which include special attacks and fights are best of three. The game offers an Arcade mode, Training mode and Survival mode for single player as well as an VS mode for multiplayer.

I'm bad at fighting games, this seems fun, I couldn't beat the boss if I had a million years. This game uses the Doritos font.

Bastard son between samsho and pre-blazblue arcsys, never knew that an air-dasher like this existed on 2005, it's another of those that has mechanics directlly taken from other FGs, but in the end it doesn't really stand out from other games of the type, and general it feels a litle bit unpolished, not in the way on like hftf or the original melty blood, those games are usually described with the phrase "flawed but fun" only for the balance and how absurdly broken is the cast, this game is pretty well balanced, a bottom tier character has a super that's a fullscreen and can zone like he was fucking guile from sf2, this game feels unpolished on the way like a random mugen pack that you randomly downloaded, hftf and og melty are certified kusoges because they're unbalanced on a exaggerated level that stands out, SvG doesn't stand out on any other way, i'm not saying that "the game needs to be broken to be fun", im making a example of how a FG from this type can be more than just having cool characters (and from my knowledge, this game is a cross over between two JRPG franchises)
Overall, it's deffinetlly not bad, atleast characters stand from each other, making it not that repetitive, it's not hard to pick up and the wiki on mizuumi is pretty good, but when i try any character even with friends i always have a "ehhhh" face, i might change how i percieve this game with the time but while is not boring, matrimelee is also on fightcade and is way more interesting, i would recommend if you're the type of guy that likes optimizing and theching the most of a fighthing game.
Oh, it also has a universal parry mechanic, it's NOT a good parry mechanic, but it's there.
OST fucks tho. 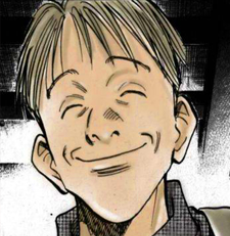