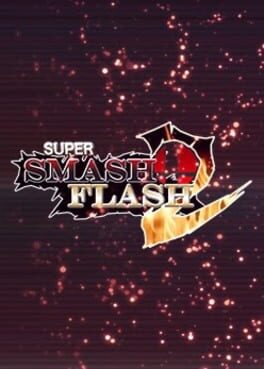 A cool crossover brawler that include memorable characters from classic arcade games and popular anime. Choose from 24 characters including Sonic the Hedgehog, Mario, Goku, Mega man, and much more.

One of the biggest disgraces in game history was not just the recent murder of Flash but the fact that if you asked anyone (including me) about favourite Flash games just a couple of names would come into mind. How can that be possible? Flash games were played by millions, they were the most accessible that games have ever gotten yet, to play you only needed a PC (not even a good one) with internet connection (not even a good one either), I know a lot of friends who played these games in the library. Making the games was just as easy as far as I know, in a couple of days a game could be completed and uploaded for anyone to see. So why is it that they are so forgotten? How can it be that we are still worrying about the good enough documented and preserved libraries of multiple consoles while thousands or millions of flash games are being lost?

The sad answer is simple: most of these games weren't commercialy viable. What keeps being remembered in game history is the somewhat polished games that could be potential sources of money, even free games like Yume Nikki are still receiving new official merch today, how can you forget that game?. Of course Naruto vs Bleach vs One Piece fangames are impossible to be legally profitable. Instead, multiple mediocre Naruto licensed games will be preserved while games made just out of passion by fans have already been erased. The indie game scene proved early what mattered, Doom maps (funny how Doom Eternal couldn't totally erase Eternal Doom anyway) and raw collage flash games, that looked into a future free of conventional restrictions accessible for anyone, were thrown into the trash while conservative commercially successful indie games that looked into the past (Nintendo past) and added polish were praised.

Super Smash Flash (both 1 and 2) are a good representation of what is already lost, even if this is a privileged example that is still luckily popular and well enough preserved. While people will keep asking for years for Sora or some of that characters in Smash these guys just went ok Sora is in your free game that even supports online. The original idea perceived in Smash, playing with your multiple toys as if you were a kid making "crossovers" out of passion instead of commercial interest, is stronger in here than in any official Smash. But again, this is a game that doesn't respect copyright laws so many soulless mediocre Smash clones will be better preserved in game history while Super Smash Flash will slowly be forgotten. At most some big youtuber or streamer will remember it in the future and, instead of doing a multiple hour video essay covering the context and virtues of the this kind of games, the game will be laughed at in a few minutes and be disregarded as junk. Incredibly fun and fast-paced Smash fan-game. The unique characters have inspired movesets and all feel like legitimate Smash characters. most effort ive ever seen in a flash game, sheesh