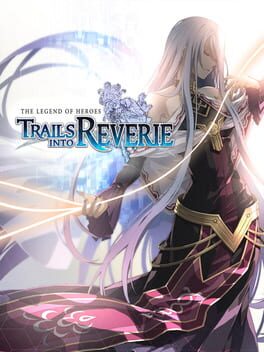 The Legend of Heroes: Trails into Reverie

The Legend of Heroes: Trails into Reverie

Three different legends are about to unfold! Determine the fates of Rean Schwarzer, Lloyd Bannings, and the mysterious “C” in this climactic chapter of The Legend of Heroes series.

The ending and the beginning. Everything they introduced with the new group was amazing and none of the 3 protagonists feel like they were underutilized. The episodes felt like a bonus on top of the main story, and the post game allowed for the most fun (broken) gameplay in the series. 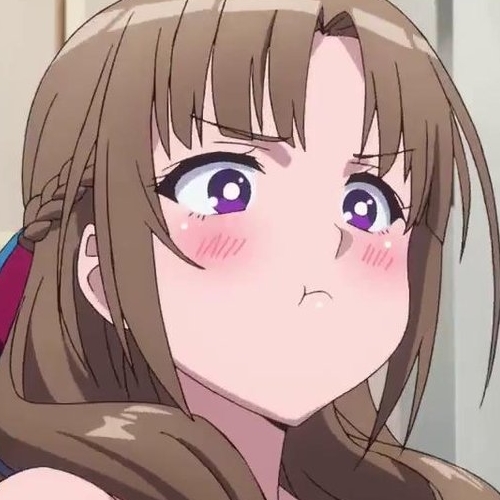 GREATEST OF ALL TIME

Such an amazing game that I don't even know where to start, first of all the more linear style of progression does so much for the game and the gameplay is probably the best in the series so far, here is where we go into spoiler territory so beware.


Rufus was the absolute star of the game I loved how he wasn't redeemed or anything like that, he just truly develops and changes as a person and- lol I'm too lazy to write the rest. (gonna end it off by saying I wanna fuck both Rufus and Crow they're hot)

Gotta start saying already that this is like my fav game of all time, holy shit Falcom how did you surpass Azure. Now to the actual review lol. As there is no official translation out till like 2023 I used the Spreadsheet my by Zerofield as way of playing, ofc I can’t say how faithful it is to the actual script of the game, but they did a great job imo, everything was clear and not a single line felt “robotic” like the older Zero and Azure translations before Geofront lol. And as a last thing before I proceed to talking about the game itself, I actually got a Platinum trophy on it and I’m way too proud of myself to not mention it here LMAO.

Hajimari no Kiseki, or Trails into Reverie for the 2023 waiters, is the epilogue for both the Erebonian and Crossbellan arc of the series, bringing back a huge ammount of playable characters from said arcs rip Dudley, but tbh pretty much everything happens in Crossbell anyway, the Erebonian sections of the game are few and not as plot relevant as the wild shit happening in Crossbell, so I’d call it the 3rd Crossbell game more than Cold Steel 5; think of it like Crossbell but with CS3/4 gameplay + some additions to it (and actually challenging and balanced).

Since we already talked a bit of gameplay may as well get into it a bit deeper. Hajimari has what can easily be called one of, if not the absolute best, combat systems in a turn-based JRPG, and sure you could argue the same applies to CS3 and CS4 and I don’t praise those for the gameplay, and that’s for two main reasons, 1 being that Hajimari gives you a huge ammount of freedom, way more than CS3/4, and it is much more well balanced. Erebonia as a whole was a terrible arc when it comes to balancing, everything was way too easy, Cold Steel 2 especially was a joke of a game, allowing you to hit kill any boss you want with the correct setup, but fortunately, Hajimari does not have this problem. Every boss feels challenging, normal battles are quick and yet require a bit of attention, especially on higher difficulties where even those, if you don’t strategize properly, can lead to waste of resources for needless heal or even a game over. Anyway, the main new thing about the combat are Valiant Rages, which you got 3 kinds, those being Valiant Craft, Attack and Art. They give you buffs, recoveries, and a considerably high ammount of damage, being great to help you buff your team while also dealing a lot of damage, using them properly can help you a lot, but the Burst gauge is probably the most limited resource you will have in battle, requiring proper planing ahead and non-wasteful use. This game also excels in variety, having an amazing number of 51 playable characters, plus a few characters that are not exactly playable but can give you brave orders, and surprisingly enough, every character feels unique, and the Master Quartz system complements them really, really well, the insane ammount of characters and the customization makes it so the combat rarely feels repetitive, and gives a huge ammount of varieties and possibilities to mess around. Ofc, it’s not all perfect, you do get some underwhelming characters and some overwhelming ones (Lloyd being able to give infinite CP) with his brave order spam lmao, but overall it is pretty well balanced, and with a good enough build everyone is viable and fun to use.

Now moving onto the structure of the game, it’s story and pacing, as well as the gameplay loop. It is, without a doubt, the best paced Trails game, and implements the True Reverie Corridor, TRC for short, which is one of the best things this series has ever done (Tio being the absolute best). The main story takes no more than 30~40 hours to beat, being really quick and well paced, every single chapter has the plot moving nonstop, and the division between 3 routes for 3 different protagonists was an amazing move. While Lloyd’s route is my personal fav, with C’s coming right after, none of them disappoint. Except for Rean’s, where really Class VII goes mostly ignored and he’s clearly the focus, every character have their moments, going through a nice development. And now going back to the TRC, it’s what helps the pacing of this game the most. Relocating all side content to it was a great choice, it leaves the story be and allows it to happen without big interuptions, really, you do your pacing, if you want to spend like 40 hours on the TRC and then go back to the story, that’s on u, and it is what I did a few times lmao, it is a really addicting kind of dungeon, and honestly the only actual good take I’ve seen in randomly generated dungeons, with even mini-puzzles in it and something new almost every floor. When talking about side content, one of the first things that come to mind are the episodes, and god they’re amazing, pretty much a comeback of the doors from 3rd, bringing along some great extra moments for the characters, some kinda sad, some just chill, others even wholesome, emotional, funny, etc. I just really wish there were more SSS related episodes LOL, oh and not to mention the 3 extra episodes u get from clearing the extra chapter, those are some pretty cool insight on a bit of some characters to come in Kuro and plot related stuff for the Calvard arc, making me considerably hyped for it. Overall, Hajimari has easily the best pacing and na amazing plot, not filler at all as some people have already said just cause it’s an epilogue smh, in fact I’d say plotwise it really only loses to Azure cause that one is just unbeatable heh, and the TRC really helps a lot with the pace as well as giving freedom to what u wanna do, as u can access it almost any time.

Welp we’ve already tapped into the more important stuff, so lets get into the rest. First of all the sinners cast, and just, wow, it’s easily the best written cast ever since the SSS, no it is not my fav and I doubt anything is beating the SSS for that, but it quickly grew to be my 2nd fav cast in the entire series, especially Swin and Nadia, not to say I didn’t care about C and Lapis, those were really, really amazing too! But Swin and Nadia are just so cool man, I love their dynamic and just their overall character and personalities and asdjaskd everything. Now changing topics, it’s really great to see how much more polished this game is from CS3/4; the animations are way better and more fluid, in fact, it’s so much better you can unironically notice which animations came from CS3/4 and which ones are new from Hajimari, it’s just that clear how much more effort they put into it, and the cutscenes are amazing and really well animated too, the game just feels like a level of quality that was never seen before in Falcom’s modern, 3D games. Now changing topics once again, let’s talk about the OST; it is clearly not the best in Falcom’s history, cause y’know, 3rd and Crossbell’s OST are right there, but it’s not really bad either, sure there are some kinda underwhelming track and the quality of the soundtrack is far from what Falcom is capable of doing, but it has some great musics too and some favs in the series; it’s good, just not perfect or one of the best.

Well as no game can be perfect there are very tiny nitpicks I got with the game. The main one being why the fuck can I not leave the TRC and go into Crossbell on the post-game, I really just started NG+ so I could have the entire TRC unlocked, including post-game only stuff, and also explore Crossbell. And well this ain’t really new it was an issue with CS1 and 2 too but holy fuck Nord is the most boring area in this fucking series. Exploring it is a huge snoozefest due to being super big and open, making Rean’s chapter 3 my least fav in the game, and honestly the only one I actually dislike.

And well that’s all I got to say about this game. It’s really just that great. By far my fav game in the series and of all time, na easy 10/10, no Tio Plato/10, and as the copypasta says:
Greatest of all time. Zenith of the medium. Hallmark of media. Gold standard of storytelling. Apogee of creativity. Vertex of invention. Crest of ingenuity. Acme of imagination. Pinnacle of innovation. Epic of epics. Legend among legends. Peak fiction