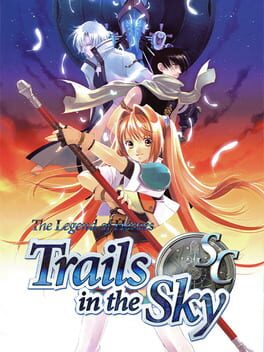 The Legend of Heroes: Trails in the Sky SC

The Legend of Heroes: Trails in the Sky SC

Picking up shortly after The Legend of Heroes: Trails in the Sky, Estelle travels across Liberl in search of Joshua. The journey involves more than seeking loved ones, however, as the Bracer Guild also tasks her with unraveling the mysteries behind the newly unveiled Society of Ouroboros.

My Estelle… You shine like the sun.
Within 10 seconds of booting up Sky SC I already choked. Hearing the sound of a lowly harmonica play shortly after experiencing FC’s ending only to be followed by the melody of piano put me in such a vast array of emotions that I just had to sit down and absorb what was being heard for a brief moment.
Let me say this right now, depending on what exactly your issues are, if you didn’t enjoy Sky FC, I can’t guarantee you’ll find its sequel any better. It delves deeper into the conflicts, characterizations of your main party, and foundations of the Liberl arc while also setting the stage and slowly introducing the main antagonists of the Trails. Not a single ounce of dialogue from FC was wasted. Anything that may have appeared as a one-off interaction was brought back or mentioned in some way. Some trade offs are bigger than others. The fact loading clear save data carries over not only your levels, but your bracer rank, what side quests you completed, and anything else you interacted with, only adds to this more. The worldbuilding Trails offers was already superb but the amount of care and detail, every newspaper article, every book, NPC dialogue being updated as they react to ongoing events, even completing or ignoring side quests altering the world and people’s lives. Despite this only being my second Trails game, I’ve already fallen in love with this world and highly anticipate the experiences awaiting me in the future.
Now I should warn you the screenshots I'm sharing are from my own playthrough and while the cutscene is easily missable, it does spoil what happens after completing one of the bracer requests so if you want to go in completely blind, I'd advise against viewing it. Honestly I just found this to be really cool so I wanted to make it its own segment.
Image 1
Image 2
As for the combat itself, while I wouldn’t call it a massive upgrade, battles are certainly far more strategic and engaging. The four or so chapters are gonna kick your ass. SC’s normal mode is tougher than FC’s normal mode. Enemies hit harder, crafts and arts are far more powerful, and there’s a wider variety of them. While the same does eventually go to you, you’re practically starting from square one in the beginning. It ends up paying off though because the amount of options and ways you can approach a fight is huge. Sepiths and orbments drop way more frequently to encourage customization. Weapons and consumables are cheaper while the mira you get from completing objectives increases. The amount of crafts you get doubles, and the arts you can forge triples, and for the most part, you have a lot more freedom with what party you want and how they play.
The way this game uses musical association is great. Quite a bit of tracks from FC get reused but that’s okay. Not only does Trails already have great music, it makes the new tracks stand out even more. (Rest in peace Wataru Ishibashi, this ended up being one of my favorite final boss themes.) I love this score so much.
I don’t want to talk too much about the story because like I said earlier, it delves deeper into the premises FC set so there isn’t much I can say without spoilers but I will say this; I envy the people who got to witness the final act without knowledge of the 3rd being developed because while there were still unanswered questions and plot holes, I could not dream of a better conclusion for Joshua and Estelle than what Toshihiro delivered.
I don’t really know how to properly close this out. I kinda wrote this on a whim because man, there’s just so much I needed to get off my chest. All I can really say now is if you have even the slightest interest in this series, please give it a try. It’s more than worth it to me. 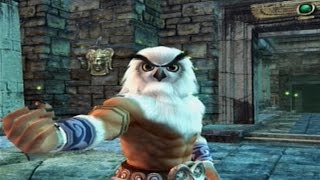 Takes everything that Trails in the Sky FC did and turns it up a notch. Felt a little bloated at times but the characters and story more than made up for it. Having played SkyFC & CS1/2 this is absolutely my favourite in the series so far. Played it immediately after finishing FC and didn’t feel much fatigue, which speaks for the quality. 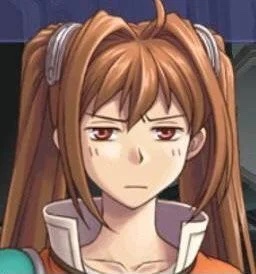 Just play it after you finish FC. It had such an impact on me I bought it INSTANTLY after I finish FC and I didn’t think twice about it. Estelle is the best and I’m not having a debate on that. I haven’t not had thoughts on this game since I beat it, it’s that good Pacing is still a little inconsistent, but overall it's a MASSIVE improvement over FC on every way possible.

Incredible sequel with incredible payoff for the things set up in FC and several chapters of the best story content in the series. Also is incredibly flawed mostly in the first half though, but it still has the same strengths in terms of NPC dialogue and worldbuilding and character interactions. Estelle and Joshua my beloveds x5.