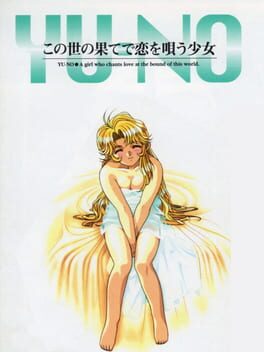 Yu-No: A Girl Who Chants Love at the Bound of this World is a Japanese visual novel / graphic adventure game developed originally as an adult game. The game's protagonist travels between various parallel worlds in order to solve the mystery of his parents' disappearance. Although parallel worlds are not an unfamiliar concept in science fiction, the game uses concepts from physics, mathematics, philosophy, history and religion to construct a unique fictional universe. In particular, the A.D.M.S. or Auto Diverge Mapping System; which visually displays the branching parallel worlds/storylines as a tree, aids the player in navigation.

Hesitated a second while rating this. As a narrative experience, this is easily a top-class adventure game that handily wipes the floor with any other game from the mid-90s or earlier. Some of the sexual aspects are gratuitous and kind of inexplicable, even by eroge standards, though not particularly surprising given the state of erotic games prior to the mid-2000s and Kanno's record as a creator. The ending segment is, per creator testimony, incomplete; while still engaging in it's current form, it does kind of leave you to wonder what could've been As a video game...I suppose I'm not the right person to construct a thorough critique of it, I've never been a big point-and-click adventure game fan (and this is a proper point-and-click game by every metric, even surpassing Elf's own Isaku in complexity and scale) and I largely engaged with YU-NO as a modern ADV/visual novel, using a walkthrough to navigate through the gameplay sections to substitute for my own lack of adventure game intuition. I can respect the vision and a good deal of the finer elements, but I think the atmosphere of PC98 adventure games ended up hurting the design; there's really no reason you should have to idly click through an endless wall of flavor text and pixel hunt for the triggers to continue onwards, and the (entirely linear) opening and ending segments are as good an argument as any against the predominant form of command ADVs that prospered when this game was released. Still, I really do like this game a lot, despite my laundry list of complaints with it, and would recommend it in a heartbeat to any fellow retro game and sci-fi enthusiasts. 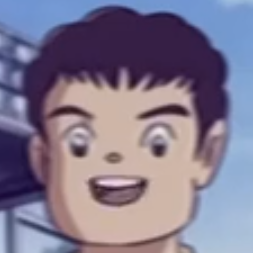 Time travel the point and click adventure game with h-scenes! Play the TLWiki verison on Windows/PC-98/Vita via fan translation only. Remake and either anime are bad.
Pros: Amazing soundtrack and art. Insane story that's hard to put into words. Bascially, you plays a pervert delinquent, who has to solve all these riddles that will lead him to his father who vanished. It may be an Eroge, but there's more mind fucking than actual fucking going on here. Each route has it's own "theme". Eriko/Mitsuki is "horror", Ayumi is "depression", Mio is "Archaelogy/adventure" Kanna/Kaori is "Mystery". The eiplogue cranks everything up to 11. Sayless is best waifu. Yu-no herself is also quite likable. Takuya doesn't really grow due to the gameplay mechanic of time resetting itself, but I liked his "chivalrous pervert" nature anyway. Time/dimensional travelling gameplay is very unique.
Cons: (minor) hard to complete without a guide, (minor) incest, though it wasn't as bad as I thought it would be, (major) has a gratuitous BDSM scene and implied cannabalism, (major) the epilogue nerfs the point and click part, despite tying the narrative together.

Really really cool game. The aesthetic and soundtrack are fantastic and really help build an incredible atmosphere that warps you right back to the 90s. The adventure gameplay is remarkably robust with the freedom to go all kinds of places and pick up tons of extra dialogue at almost any time, but the annoying instances of "investigate this part 20 times and this part 10 times then the first part 10 times again to proceed" and the like dissuaded me from playing without a walkthrough. The jewel save and map system had me confused for a bit but it's pretty neat and straightforward once you get the hang of it and it's really cool seeing the map fill out and diverge as you progress. I found the characters to all be pretty likable and intriguing with their diverse conflicts and the ways they each build on the overarching mystery. While a lot of the dialogue and interactions were just goofy, I was surprised at the kinds of relationships presented in YU-NO that you just never really see in anime. Takuya's complex feelings toward his deceased dad, his difficulty dealing with his oedipus complex, his broken-off relationship with Mitsuki in which they licked each-other's wounds, his evasive attitude toward Mio due to her seeing him and Mitsuki having a good time in the classroom, his coping with Kanna's secret past, and various other dynamics gave YU-NO a distinct air from any other japanese media I've consumed in years. The characters generally took a back-seat to the mystery though which had me very invested throughout the whole story. I did, however, lose some interest in the last route with the huge shift to the fantasy setting. It was interesting in its own way but I vastly preferred the atmosphere and adventure gameplay of the other routes and I didn't find the characters from that section to be nearly as appealing as those in the others. Incest doesn't really gross me out or anything in media but I really don't think they had to have Takuya bang his daughter at the end as it really diminishes the parental vibe that fit with him maturing and becoming more like his dad. It also makes his love to sayless seem a lot less genuine when he's having sex with literally every woman he finds in the other world at the drop of a hat including their daughter. All that being said though, I did thoroughly enjoy the ending as it brought back the sci-fi aspect and connected back to the rest of the game but I wish it would've called back to the other heroines by showing them in the credits or something at least. Closing thought: YU-NO has the best "item found" sound in a video game.

A few questionable sex scenes aside, this game's atmosphere (the PC-98 version) is spooky, a disturbing depiction of the time loop trope, and one of the most interesting visual novels I've played. Goes to typical ridiculous SF climaxes, but kind of works emotionally? idk. done by a brilliant and small team.

This game is wonderful. The only flaw with it is that Kanna-Chan is not real.