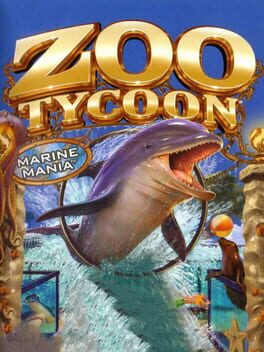 The Zoo Tycoon: Marine Mania expansion pack seamlessly integrates with Zoo Tycoon allowing players to immediately add aquatic creatures to their ultimate zoo. In addition to offering new creatures, ranging from the great white shark to the giant squid, Zoo Tycoon: Marine Mania allows players to enhance their zoos with customisable aquatic shows including a dolphin show. Zoo guests can now enjoy attractions such as the shark tunnel and the dolphin ride, which enables them to swim with the dolphins. Players can enrich their marine exhibits with a variety of objects, including over 20 species of underwater organisms (including kelp and sea anemone), five new animal toys and sunken treasure. Players are challenged to create and manage underwater exhibits or merge aquatic tanks with traditional land habitats. Interactive tutorials and marine specialists are on hand to help players maintain animal happiness. In addition, 10 new scenarios test players' ability to manage and maintain a successful zoo.