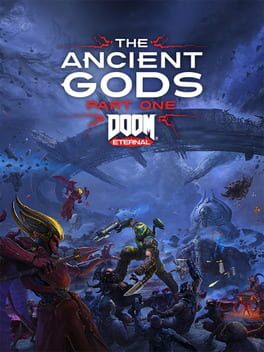 I feel mixed on this, I might have to replay it to see how I feel, but throughout most of it (especially the 2nd level and the final boss) I was extremely frustrated due to the difficulty. Keep in mind, I beat the entirety of the base game 100% on Ultra-Violence twice. It just reaches a point where it doesn't feel quite as fun, mainly due to the scenarios they set up for you and the lack of real new enemies. id made an entirely new enemy just to get people to actually use the stupid microwave beam mod.

More Doom Eternal which is a great thing.

The encounter design is great, and arguably better than the base game due to it being balanced around having your whole loadout from the start. It definitely is balanced assuming you've mastered the game loop though, as it's a lot more difficult than the base game. A couple new enemies are thrown into the mix which serve to make old enemies more interesting as well as spice up the combat in their own way.

The sections between big combat rooms feel a lot better here too due to more intermittent enemies and more engaging platforming puzzles.

Really my only complaint is that there's no new weapons and that a couple of the arenas feel a bit too cramped. Looking forward to part 2.

(Part 1 review, idk if backlogg'd will seperate part 1 and 2 when it comes out)
All the good stuff in Doom Eternal is back, kicking you straight into 3 levels of endgame doom eternal. Mandatory sections of this game feel like base game slayer gates, and its fuckin tight.
However, every new enemy they added to the DLC is unbelievably annoying. I don't think I ever enjoyed seeing any of them show up. Turrets are an honest waste of time, spirits are a cool idea but the embodiment of DE forcing you to fight things a particular way that's kinda a drag (also fighting two of them is hard pullingly annoying), and whatever the last thing was also Just Annoying I Dont Have A cool Phrase For That One
All of this cumilated to an unbeleivably frustrating final boss, but maybe thats just my salt speaking as I got fucking pissed at not one but two double spirit phases.
On another note, I know people dont play doom for the story but the story of doom 2016 was honestly pretty interesting and it's really disappointing that basically everything from that game was tossed aside and everything that happened in that game was actually done by super angels. everything. was always god plans. thank you drake.