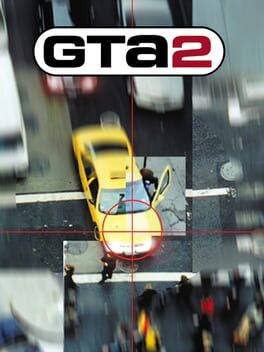 A huge improvement over the first game. It solves so many of its issues, from fixing things like bugs, frame rate issues and adding quality of life changes.

The lack of a map is still a bit of a problem, but this time around the locations seem more forgiving as far as dead-ends and the like go. At least until the third map, that thing had so many boxed off areas, that you'd take ages finding a gap to get in, and then once you've navigated around the labyrinth inside, you gotta find your way back out. The sheer amount of these often means you'll be driving along a few miles across a fence while you look for a bit of access to keep following the arrow.

Gun combat was improved significantly. No longer did my bullets seem to just pass through the heads of NPCs, everything felt very on-target and much better overall to play, meaning the more combat-based missions in this game weren't a problem.

I did like the inclusion of each stage having 3 gangs that you can build up loyalty to, to unlock harder missions for that gang, or piss off one of them so that not only are you locked out of their missions, but they'll attack you on the street, with increasingly dangerous weapons. It really adds something to the player experience as you choose a group to partner with and an area of the map belonging to their rival gang becomes dangerous.

Although the missions themselves all seemed pretty similar regardless of the gang you chose, it does help add a bit of personality to them, instead of just being random phone calls as they were in the first game. Each gang even gives you their own nickname.

The game was a lot shorter this time around however. While it still has 3 maps, you only play each one once, as opposed to twice like the original game. In this game you only need a total of 8 million points to beat the game, while in GTA 1 you needed, I think, 15 million.

Getting points also feels a lot easier now for one reason: The tank. I easily racked up millions of points at a time when I got into a tank. I'm not saying this is a problem with the game, as its completely option if you wanna cheese it this way, but it's a thing in the game, and one that I used and found myself shocked by just how buffed it was.

However all that's not to say this game has less replay-ability though. While the minimum amount needed to beat the game is less (which admittedly, is all I did), I'm pretty sure there are more missions and kill frenzies per stage, so if you wanted to 100% it, it'd probably even out.

They also added bonus stages, I only tried out a couple of them - I was only in this to get a good feel of GTA's history, don't judge me - they were essentially just standalone missions you could do for fun.

So basically this is just taking the first game, fixing most of its issues, and adding a bunch of little extras. The only problem I have with this version is the lack of a map still, and the third map (which I guess is 1/3rd of the game, or technically more since it's the level that needs the most points, but still)