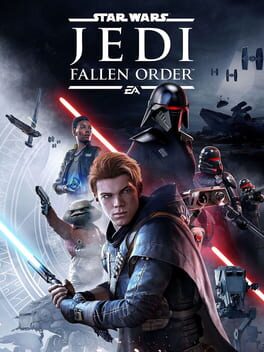 Really rough around the edges and far from perfect, but it captures the Star Wars atmosphere pretty well and does some things right. I liked the Soulsborne formula, the characters, and the general atmosphere of it all.

It could have benefited from some extra time to polish things and expand on some parts of the story that felt a little rushed.

All in all, a good start. If they make a sequel to this, I'll be really excited. The first games in a series are always the roughest.

Normally, I would give a game like this 3.5/5, but the Star Wars stuff is really well done, so I'll throw in another half star.