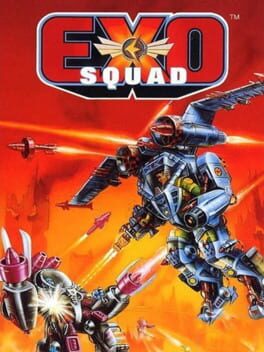 While from a glance this looks pretty impressive for the time, it finds itself crushed under its ambitions and the end result is a total trainwreck. There are three different types of levels, one for each character, but each of them plays completely laughably. Rita and Bronski control like wading through cement, while Marsh is so absurdly erratic that his levels might possibly be the worst shooter levels I've played in a video game. Every time I was in a Marsh level I felt like I was dying.
Also, the game is over two hours long and these levels are only padded out by long cutscenes that use a lot of the same animations as each other. It's so sluggish. "Sluggish" is probably the best word for this game as a whole. It would be more fun to watch an actual slug. 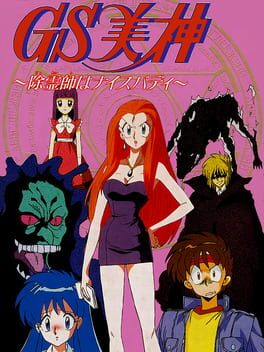 Another Natsume platformer without much to it at all but it's still pretty fun, similarly to their Power Rangers games. Reminds me a lot of Kendo Rage but better, though probably just because of cutesy anime stuff going on in both. Maybe I should watch a bit of the series this is based on, but I'm awfully lazy with watching anime people suggest to me. I meant to watch Lucky Star like five years ago and then did two episodes and left lol 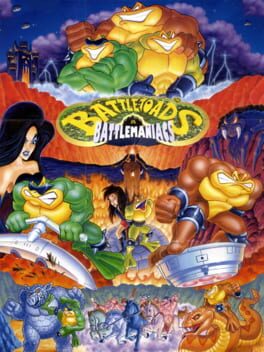 at least it's shorter than the original 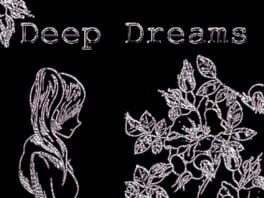 Another Yume Nikki fangame I played through YNOP. Looks lovely, allows running by pressing shift which is much more convenient than the typical bike. I suppose it just feels like there’s something missing, even though it appears finished. Pretty good overall, doesn’t stack up with the big three YN games though. 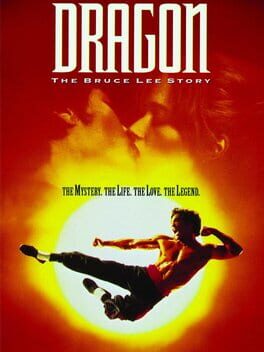 Pretty subpar fighting game. Becomes mostly trivial the moment you figure out some simple tricks with the nunchakus, so at least it's not miserably difficult but ultimately feels a little shallow instead.
The final boss can only be killed with a specific move or else he just doesn't die when his health reaches zero, which is really bizarre and unintuitive but I suppose the death animation is pretty cool.
Not a lot else to say here at all. There's a two player mode where you can both only play as Bruce Lee, I guess? 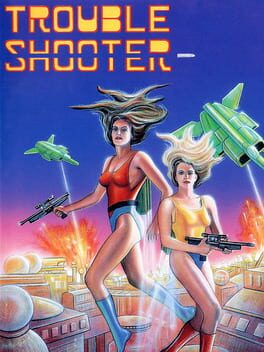 Maybe was a bit too hard on this one previously. It stands on its own legs pretty nicely, the writing is fun, the music is (mostly) pretty good, and it's a substantial improvement over Whip Rush. But with how much the sequel, Battle Mania Daiginjou, improves on basically everything, though, the first game feels like yet another step leading up to it. This is probably because the sequel raises the bar really high in retrospect, but whatever the case it makes this one hard to talk about without mentioning the other.
I'll probably never stop shilling Battle Mania Daiginjou, but really you should check both of these out. Ideally this one first so the second doesn't spoil you. 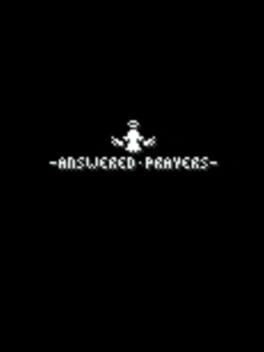 Played through Yume Nikki Online Project with a friend who's not on here. Pretty promising stuff, I'm always a sucker for Yume Nikki fangames, but in its current state it seems far from finished. It does seem to be in development again as of recently, so maybe some day we'll have at least some endings to see. 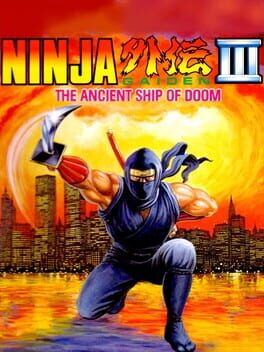 I really fucking hate difficulty boosts in localization. That shit is not necessary and only exists to make more money from more rentals. I will never understand why this was a normal acceptable thing before my time. Hell, some of my older friends don't even understand it either.
Anyway, Ninja Gaiden III is one such game affected by this, as I learned while writing something for it. For the western release they decided to make Ryu receive more damage at a time than in the first two games, as well as provide limited continues. Again, this is not at all necessary. You can't convince me that the first two games needed to be any harder.
It should also be noted that Act 7 is immensely stupid. The time limit is so insanely strict that you basically can't clear it without dying to reset the timer. Make sure not to do so in the final boss, though, because it will send you all the way back to 7-3A (though that's not as far back as in the previous two games, I have no idea why I failed to mention that previously it's awful). Did I mention the enemy placement problems still haven't been resolved by this game? Because they're at their worst yet in this level, somehow even worse than in the first game. There is no reason the level should be this hard, even for the standards set throughout the whole trilogy. It's completely insane.
Other than Act 7 and the stupid ass localization changes, it's not far behind the second game really. The music in particular is at its best in the whole trilogy here. I think it sits in between its two predecessors in terms of quality, but honestly, it shouldn't be that way and it only is because of aforementioned issues.
I have to wonder sometimes how crazy it must have been in very early internet forums, learning about games being much easier overseas and just how many cases of it there were. I could've brought this up in a worse example like Streets of Rage 3, a game actually fucking ruined by this, but I remember being too pissed off after completing it to say anything in depth about it. Maybe I should just start grabbing Japanese ROMs in these situations instead. 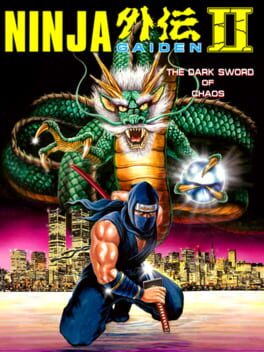 I think this is an improvement over the first game. It shares the totally miserable enemy placement that brought the original down most of all, but as a whole it looks better, sounds better, and it feels like a game you can learn. This one is very gimmicky, it likes to fuck around with your movement a lot, but there's some things to actually learn and figure out here in comparison to the first game where you just go along and hope you don't get killed by birds. I guess since the birds are still an issue it's just more problems depending on who you ask, but I think it makes this one more interesting. I can definitely see finding this one worse, but I don't know. I prefer this. 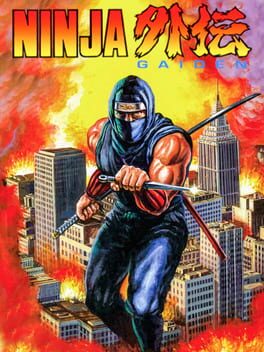 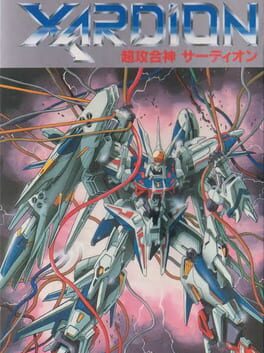 There's a ton of promising art and ideas here, but as a final product everything somehow just feels horribly stilted. This was developed by Jorudan, the same company who did Musya, and it really shows in the gameplay, most notably the awkward jumping. It also extends its runtime by twice as much by making you revisit earlier areas to get upgrades that weren't there before, also reminiscent of Musya just repeating three of its levels for no real reason.
Both of these games kinda suck ass but in a really disappointing way rather than an amusing way. There's a lot of room for something much better in Musya, and probably even more so in Xardion. Assistance from Gainax is listed in the credits, even. I'm sure it didn't have to be like this. 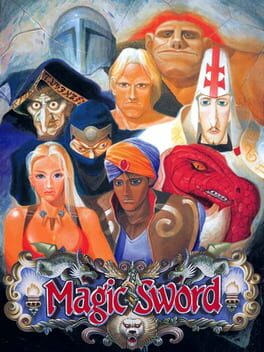 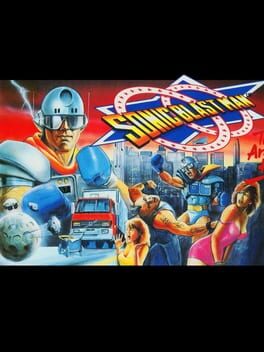 The original Sonic Blast Man for arcades had this bizarre cabinet with some boxing gloves and a padded target that would pop up at certain times, but the cabinets were recalled because people somehow kept hurting the shit out of themselves on it. They paid a 50k dollar fine for this. Incredibly goofy story.
The home console port, made some time before this took place, retains the original gameplay in some form in its bonus stages. The rest of the game is padded out as a Final Fight style beatemup. It's alright, I suppose. The presentation is probably the biggest point of interest here. In the 4th console generation, big moving sprites were all the rage, and it certainly delivers good looking ones here despite the occasional lag. The music is pretty good too, stage 2's theme kind of reminds me of Carson City's theme in Wild Guns.
It has some minor but noteworthy issues, however. Despite being only five stages, it clocks in at like an hour long. The enemies also start to get pretty tanky and cause lag later on. Sonic Blast Man himself is also really slow despite his name and cannot even run. The ability to do so along with some trimming down and polishing would help this one a good amount, though the end result is still pretty decent. 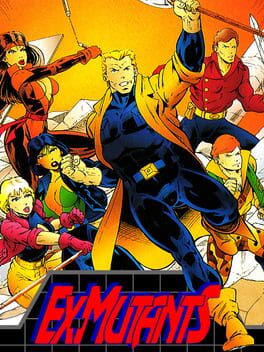 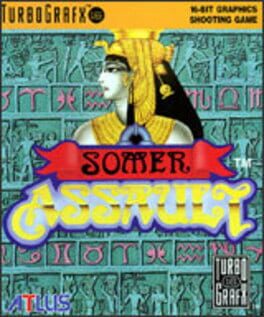