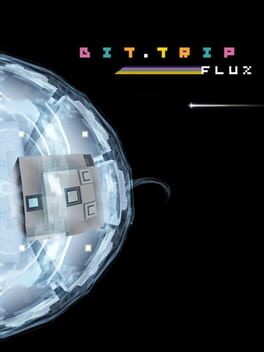 I appear to have made a mistake playing this.

It was only at the end that I realized that I'd kind of just skipped to the last chapter of the book without my knowing. "Brand new players" in the game description is deathly misleading, as even to me it felt like I wasn't seeing the full picture at all. The game absolutely expects you to be on the final chapter of the whole journey, literally calling back to elements I had no way of knowing about until I just looked them up.

I don't think that changed my opinion on the end though. I could see that it was minimalist, very clearly a sort of painting put up on an art museum at the chronicles of fate, where this is the point of passing on. A final farewell to a series meant to feel very transcendent.

And it is dreadfully not fun to play, in fact my eyes are still strained and crying as I'm writing this, because it's fucking painful on the eyes. The game's main mechanic, in response to all you're doing being paddling the pong balls coming to you, is to obfuscate the way to hit them in the most 'fair' way possible, but at the same time with so many trippy and bright elements in the background ESCALATING as you get better at it. It was a fight against my eyes, and at the end of it I wasn't feeling the ethereal emotion.

I also kind of think the music just completely went one ear and out the other? I wasn't feeling anything, especially when I was severely trying to fight back against the pain to get through the game. I don't want to say the music just sucks, and I'm sure there's an intent to it, but I don't think I'm supposed to walk away thinking "I just wasted a full hour just to get my eyes hurting".

Y'know you could just play Journey. Ok that's unfair they're like not cognitively the same, but look I just want to give fair warning that unless you're in it to appreciate this, you're paying a ticket to potentially suffer. 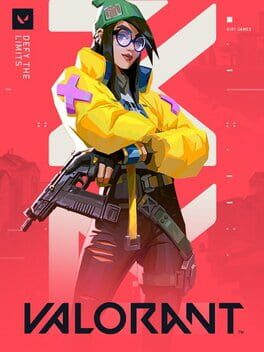 First Impressions (kind of a new format I wanted to do, I kind of treat backloggd as a journal of my thoughts to begin with so why not!)

Better than I expected from the team that sucked a lot of my adolescent hours away for a moba I'm incredibly mixed about. It does a pretty fun accessible combination of CS + hero powers, and it's fast paced enough with neverending split second decisions. Mostly just happy about how they landed the ingame economics, not just of where you spend money, but how you make moves at any point.

The biggest standout difficulty curve to climb was weapon and ability swapping, as whenever you ready something there's a HUGE startup, and that can very easily be your downfall. Knowing exactly when to do something as simple as that is a key point, adding that onto map control, the tradeoffs of weapons and ability usage, and you have something that is probably really interesting.

I tried out mostly Commando and Jett, and also the two meme modes. Spike Rush is just "I feel like wasting time", and deathmatch is "I want to lab my aim". Neat stuff.

There's a couple other miscellaneous stuff there, game looks bad but perfect for competitive play and weaker end systems, so it's just a heartless tradeoff but whatever. Feedback is INCREDIBLY good, in that you don't even need to like know all the agent abilities, they're very intuitive to figure out just from looking at them. Some of the best visual info stuff I've seen in a while. Matchmaking was smoothish, but not knowing what map you're going to get queued on can make things disgusting when you're thrusted from maps you haven't yet learned to ones you were just getting to learn.

Overall, good time, looking forward to coming back and getting not-shit at it.