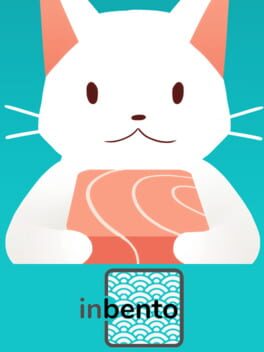 One of the best puzzle games I’ve ever played, that’s great if you want something challenging, rewarding and heartwarming! Highly recommend! 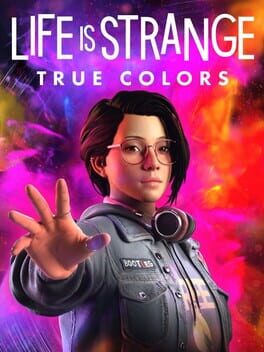 I really, really, really love this game. I’ve always been fond of the Life is Strange series, but this one really hit me hard. Such an amazing narrative, great characters, and both the romance options were great (I’m only polyamorous in games, I’ve recently found out (people suck in real life), which really makes me appreciate the freedom of polygamy in Boyfriend Dungeon. I wish I could’ve given the rose to both of them!!!). This is one of my favorites for sure. I cry at everything, but this made me cry a lot. And not only did I cry a lot, but the crying felt meaningful. I love playing games where I can take something away from it, and I will take many things away from this one. A must play if you love visual novels, are really emotional, and love a good story, because honestly, video games seem like the best way to get one nowadays.

P.S. I chose Steph 🌹
P.S.S. Also, damn! I was thinking about Lake recently and it turns out that this and Lake are pretty darn similar! Either you stay or go w/ the girl who has a big hobby and has a store based around it (movies or music) or the sweet lumberjack. Both take place within a small and tranquil town, where the main character just moved in. They also came out like 10 days apart from each other… 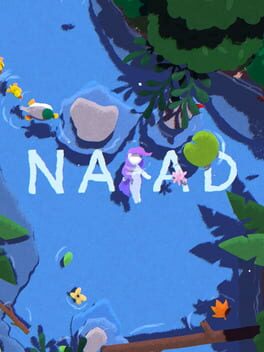 Man, does this go places! (And I’m so glad it did, what a wonderful and impactful game that’s made by only one person!)

Try this if you can (it’s on humble) it’s worth your time. 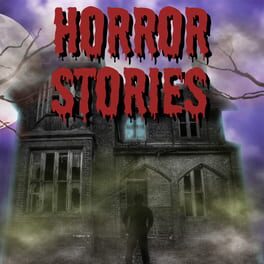 Get’s really challenging at the end where there’s no hiding spots, but it’s challenging in a fun way! If you like Party Hard or Serial Cleaner you’ll probably like this. 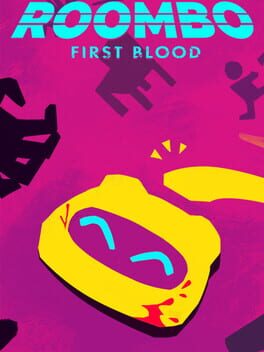 Serial Cleaner BUT you do the killing too. 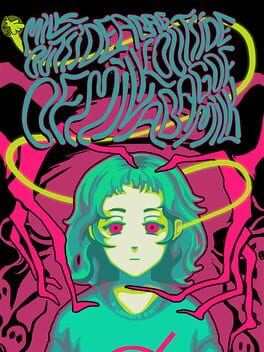 Somebody needs to do a mash-up w/ this and “Demons” by Hayley Kiyoko. 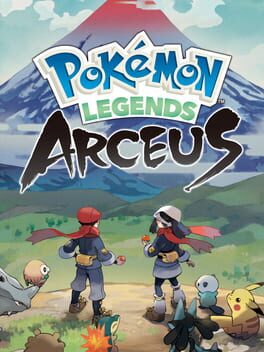 Really disappointed in this, honestly. I feel like it got so overhyped just because it’s something different. The game looks really bland, all the environments look the same, which is very detrimental, considering that’s a key part of any exploration type game, and the story was exhaustingly boring. I love visual novels, and even this was just too much for me. I kinda just wanted to be done with this the whole time. Everybody was saying this is SO good, which really hurt my expectations, considering the game (in my opinion) is nowhere near as good as people have hyped it to be. I wish I didn’t spend $60 on this, I honestly enjoyed Let’s Go Eevee more.

This is just my opinion, so don’t get all rawr rawr on me, okay? I’m very glad that many other people are enjoying it, it’s just personally not my jam. (I really just needed to vent about my experience with it.) 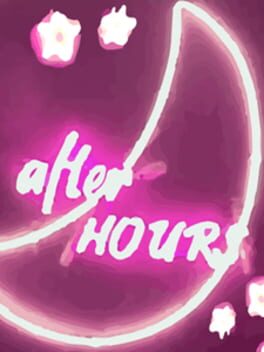 Bahiyya Khan - After HOURS after hours: When Making a Game Makes You Want to Die [Summit 2018] -
https://youtu.be/SbVyf8kzygI

I don’t know why but after playing this I felt like I wanted to know more and understand what exactly this game was about, and then I ended up in a loophole learning about this rad emo Muslim lady from South Africa and I’m very glad I did. I also think she might be dating the female photographer of this game, which would mean that she’s gay in some capacity and that just makes me happy (I’m gay too, don’t make it weird)! I’m rooting for them if they are actually dating (it seems very obvious they are from a video I watched from Bahiyya’s YouTube channel, but my HOCD convinces me they aren’t) and I’m really looking forward to what Bahiyya does next. Also, just to mention, I don’t know exactly how, but I feel like I relate deeply to the feeling of not knowing whether or not something that changed your life so negatively yet so positively was worth it (this is what she talks about in the video above). I think I feel that with my OCD, man. It feels like Stockholm syndrome a bit. I went through SUCH a hard time during the pandemic, but without having those thoughts and going through the worst time of my life, would I have found out my sexuality and managed to embrace it as much as I do now? Would I have realized how strong I actually am and realize I don’t need to prove it to anybody else? Would I have realized many of my faults and tried hard to change as a person (cause might as well if I’m already going through all this crap)? I don’t know dude, this is some deep stuff. Didn’t expect to go down such a rabbit hole with this game but I’m glad I did. Give this a play, it’s worth your time. 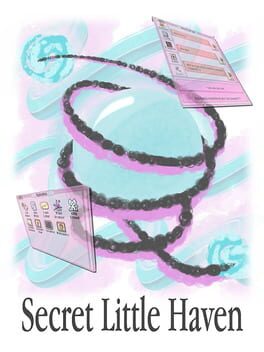 Oh man I really messed up on this one. I have a really bad track record of ending games on a sour note. I really love this game, but I was so confused with the terminal. I didn’t know that ls was with a lowercase l, not an i, and I stuck for like over 40 minutes on just figuring that out. I was so excited to get back home and finish this game today, so I kinda ruined it for myself a bit. I finished the rest of the terminal stuff but I just felt so disconnected at that point. I honestly would’ve been fine without the terminal stuff, or maybe just in a more simplified way? Either way, I still identify with this game A LOT. I’m not trans, but I am bi and it almost feels like this game was made for me. Obviously, it was not, but there are so many personal things about figuring out your identity that I can relate to. Like feeling like your tricking yourself into being gay, just because. Or just because you feel like you’d want to be, which apparently isn’t a valid reason enough. I literally had that thought this morning. It’s still a little hard to believe myself, but like they’ve said so many times in this game, she’ll figure it out. And I kinda did. I had/have HOCD so it was really difficult for me to accept myself as possibly bi, but without a label, but that led me to where I am now. Just accepting it is the first step, and it’s a damn difficult and important one to accomplish. I resonate sooooo much with this game. I just don’t know why I have a bad touch with games. Ikenfell crashed on gamepass so I could only watch the epilogue on somebody’s walkthrough, I got really irritable with The wild at heart new the end because I was getting really stuck. Uggghhhh. I love this game so much, and I’m just really upset I kinda ruined this one for myself too. Oh and I also love Sailor Moon too, so it really feels like this was made for me, even though yes, it’s not and it does tell a separate story, but it still tells an amazing universal tale of exploring your gender, sexuality or just finding out who the heck you are, in general (or all three!). Such a great game, I just wish I could code better. Laguna is too smart for me

P.S. also, one more thing. At the end, I kinda did the ending wrong where the dad was just irritating me so much I closed the message app and then I couldn’t get back in and closed the game and then I had to replay the ending part before the dad conversation again AHHHH why do I do this to myself? :( 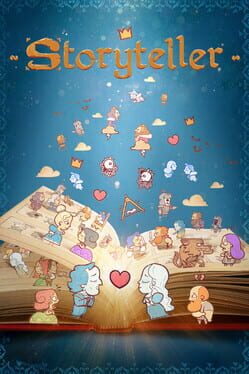 Played and mastered the demo. Man, was it fun! So creative and charming that it makes me want to read some classics! Very excited for whenever this will come out! 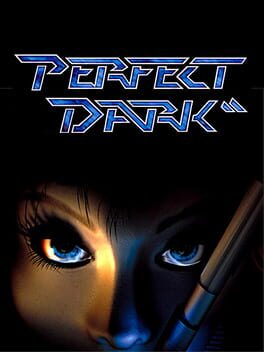 Why are old games that people say are good actually bad? 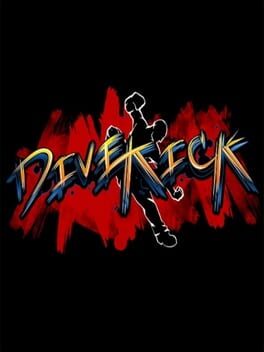 Not funny at all. Don’t get how people are still saying that it’s funny now. Extremely racist. 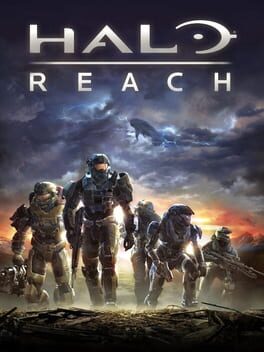 The Wild at Heart 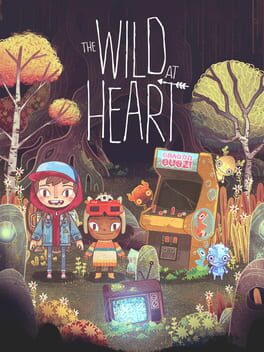 There’s a great game in here, but there were some big issues that really took me out of the game. Frostfields was absolute hell. If I defeated those flying guys AND destroyed their habitat multiple times, then why do they keep on respawning?? Even a day later they respawn. Why make enemies only the Ice guys can fight if they’re so darn weak and die in two hits?

I was originally having so much fun just exploring and backtracking and trying to find it what I’d have to do next, but after the longest time I’d still end up being stuck. And most of the time I literally knew the answer, but I didn’t throw my spriteling far enough, or I didn’t have the freaking honey in my inventory. Or I didn’t know that I could suck up those barblings on that cliff, because it didn’t look like I could!!! I could go on and on like I am already, but there were so many examples where just a little push, hint something would’ve saved me from wasting time, getting really frustrated at this game and feeling guilty for looking stuff up.

Then the final boss was extremely annoying, so much so that I FINALLY switched to wanderer or whatever to make it easier because I just wanted to be done with this game. For example, in the adventurer version of the boss, I’m standing next to the enemy and then during the cutscene I lose 3 hearts of damage. DURING A CUTSCENE. Or when I just randomly take damage when the crystal feels like it, for seemingly no reason. If one of the two people dies, then you’re done, and it’s so difficult to manage two health bars and two people walking at different speeds (since one is ahead of the other) with all the chaos that happens in that fight. Or when Kirby gets crystallized, and one time she was behind the big non-moving crystal boss so I couldn’t even see her. Then I didn’t even realize when she got out, and by the time I did she was already dead and I had to start over, since she got killed.

Uggghhhh. I liked this game so much at the beginning, but it honestly doesn’t guide you enough. There should be optional hints or something. Or if you craft the honey then say that that’s the clue you need so you won’t have to do trial and error by bringing it to Aatto every single time. There are just so many little quality of life things that would be so nice, but just aren’t there that ruined this for me. It’s worth a play, but I’d say on wanderer, I don’t even know why adventurer was an option in the first place if those flying guys and exploding frogs and stone pear mini bosses respawn every. single. time. 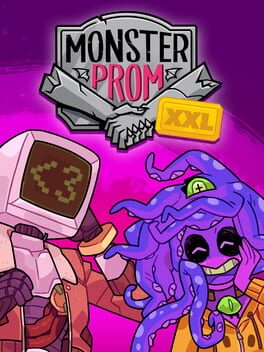 Man, this was really disappointing. The humor didn’t click with me at all, and the game doesn’t work great in single-player. It was not a good idea at all to play Boyfriend Dungeon before this. I was really excited to play this and it just doesn’t work with me. I’m going to play few more runs but I’m sadly not feeling it. Great art though

Edit: Alright Damien and Zoe are great, but I’m still not feeling it