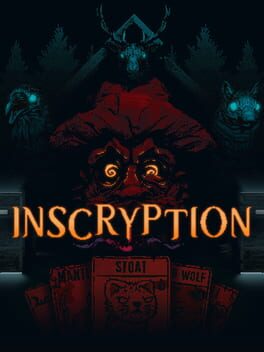 Based on how the game is put together, how much of the game is shown generally and all the 4th wall meta narrative stuff it's basically impossible to properly talk about the game without spoilers so here we go.

Essentially the game changes gameplay radically twice, making up three acts with each act basically being a different game, so that's how I'll talk about the game. Act One is the act most people are familliar with because it's what sells you on the game in the gameplay trailers and other media. It is also the strongest of the three acts in pretty much every category. Atmosphere, visuals, gameplay, it's all cool and good. Main issue I had with it is that it felt too easy and if you're good/lucky this act can end quick. I finished this act in 6-7 tries with two victories so idunno.

Act Two throws everything out of the window and really takes the winds out of the sails of the game. Gone are the roguelikes and escape room elements and the graphics/atmosphere of the first act. This act I believe is emulating GBC trading card games with being a straight deck builder with a specific style of 2D graphics. This act is straight up bad with how many poorly fleshed out mechanics there are and how obnoxious deck building is because of it. I think this part of the game being bad is intentional because it fits the game's narrative but I couldn't be arsed to care.

Act Three is a melding of the two previous acts. Roguelike elements are still gone but the escape room stuff is back and the mechanics from act two are either removed or more refined here. It feels like it's trying to right the ship after a shoddy second act but for me it felt like that ship had sailed. At the very least, the bosses have goofy gimmicks that you'd expect from the Pony Island developer. After you beat those bosses though, there's no true final boss and the game just goes through the motions before being completed.

So overall I think the game is good and I enjoyed myself, but I do believe the meta stuff kind of got in the way. It's not executed terribly or anything (in fact I feel the opposite) but if the game was just Act One but more fleshed out I think it'd be better than what we got here.