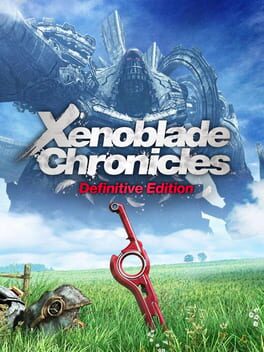 Xenoblade chronicles definitive edition has one of the best stories in a video game I’ve ever played, there are so many twists and turns that it always keeps you hyped up. The reason this game isn’t perfect for me though, is it’s combat. I love xenoblade 2s combat, I think it encourages a lot of strategy and always gives you something to do, in Xenoblade chronicles 1 however, the combat system is much worse. Unlike xenoblade 2’s sometimes you’ll just be standing around waiting for your arts to fill up you so you can actually do something. I also want to talk about future connected. Future connected is a downgrade from the main game in every way, the characters are fine but the story is much worse and so is the gameplay, they replaced things like chain attacks with the ponspector strike. Overall, Xenoblade chronicles definitive edition is the best way to play a masterpiece in storytelling, even if the gameplay isn’t the greatest, especially compared to the ones that came after it, but even then you should play this game for the story alone.