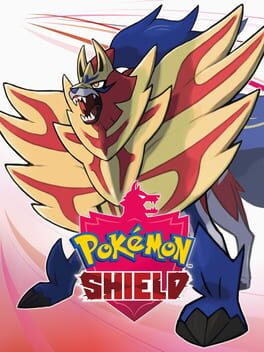 Pokémon Shield may have been the Pokémon game straw to break my back of tolerance for mediocrity. I grew up loving the first three generations of Pokémon, and I really enjoyed my time with the games through X and Y, but rather than launching forward on the Switch, Pokémon Shield marked a clear backslide for the franchise.

After completing the fifth gym, I resigned myself to simply “getting through” this game. The story was more forgettable than usual—Team Yell is more of a joke than an actual enemy, and the towns made great first impressions only to be unmasked at empty shells as I walked into the seventh “painted door” in each one... The story never made me explore the cities the way Blue/Red and Gold/Silver did, and it often felt like that was true only because GameFreak couldn’t fill the cities with unique substance in the 3D engine.

The biggest problem I realized while playing this game, however, is that Pokémon has now reached that troubling point in every franchise where it no longer motivates the player within the game, but counts on the player’s compulsions from previous entries in the franchise... My team was set after the third gym and did not change except for one Pokémon in the late game. I never felt like it was necessary to explore the Wild Area, and I completely forgot it even existed during the grind of badges 4-“8.” This game was more Pokémon for everyone who wanted more, but for someone looking to be revitalized in my love for the franchise, this fell completely flat. I’m sad to have reached this point, but I sure am glad this particular journey is over.