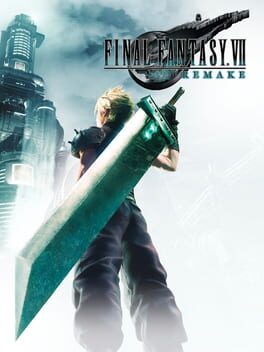 I just wanna start off by saying im a lover of Remakes. I didn’t grow up playing some of these well known titles as a kid so I appreciate the HD remakes that come out. That being said I didn’t enjoy this game as much as I thought I would.

Square kinda shot themselves in the foot by only focusing this part of Midgar (the most boring part of the OG game too). Midgar was never long so they had to come up with the most random shit to fill in the time which is what made this feel like a drag to play. 1 second you’re doing backflips on bikes the next you’re picking flowers and doing obnoxious robot arm puzzles? I am well aware that this is only 1/3 games but damn this has me real worried for what else is In store.

Alright some positives now. They made this game beautiful, seeing my favourite characters in stunning HD brought a smile to my face. I also enjoyed the remixed songs that they put into this game, gave it a very modernised feel. Combat was alright, it’s always strange seeing a (kinda) turn based game go action but they did a good job at it.