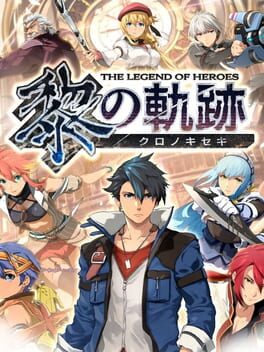 reviewed The Legend of Heroes: Kuro no Kiseki

Played in Japanese on PS4. Got partway through the Quatre chapter (in the science town).

The game uses the classic "cast of 8" JRPG ensemble, characters introduced each chapter. I think this game is too long (I'm 2-3x as slow playing in Japanese due to the amount and difficulty of reading here), though part of that is exhaustion with playing in a second language. It's an 60-80 hour RPG with regular timing.

As a Trails fan (who frustratedly put up with the entire ho-hum Cold Steel series), Kuro makes some nice and positive moves for the series. The lead, Van, seems to actually have a canon romance, there isn't any creepy harem dating shit, and other characters seem to have romances of their own as well as interesting ties to organizations or their home cities.

I love the battle system changes - most of the time you can just hack away in dungeons, and more fast-paced Trails-y turn-based combat feels really good! I got the sense that it's easier overall than past games, but I play on Normal difficulty so who knows. That being said, there isn't any real tension in the dungeons. It mostly feels like padding before the next plot beat.

I still feel like the Massive Countries within the Kuro arc has similar problems to Cold Steel - you get a pretty disjointed sense of the entire world, and things start to feel cyclic/repetitive after a while.

Well, I'm not sure if I'll finish Kuro 1, but I'll probably still try out Kuro 2 (or at least watch the series to the end...what's gonna happen??)