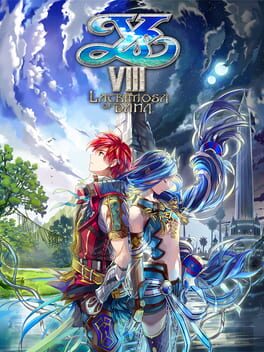 Another great series kind of ruined by the pursuit of stat-heavy action RPG mechanics, completionist gameplay loops and the Dark Souls-led fetish for perfect guards and perfect rolls. It's hard to see what's going on in the 3rd person perspective. Enemies and fights just feel like memorizing when the enemy is going to attack (vs. the previous games where you'd always be constantly adjusting your position and height via jumping/running around, looking for an opening.)

All of the elaborate completionist loops just serve to confusingly maybe make you sort of stronger. It's a far cry from the flawed yet interesting power curves and balance of Ys Oath in Felghana. There are just SO many items, the weird character-switching system feels contrived and bad-feeling to have to keep switching to the right character to actually do damage. Ys used to be about the fun of constant action and ridiculous boss movesets, this Ys just feels like a constant list of chores needed to chase the ever growing enemy power levels...

Which is kind of a shame because the game looks nice and has great music! Maybe the 'map out the world' loop worked a bit better in Memories of Celceta (which I haven't played), which wouldn't be marred by as many 2010s action-rpg-item-heavy systems nor the cursed 3rd-person-action-perspective camera.

People also seem to like the story, but I played for 10 hours and I didn't even get to control the cover art blue hair girl...? How many villagers do I need to rescue, areas do I have to tediously grab the treasures from and items do I have to grind for before the story does something? ahhh..... oh well, there are other stories to experience..