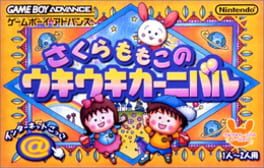 EDIT: (See bottom. Finished the post-game)
--
Finished the first playthrough. There's a lot of extra story stuff in the 2nd playthrough, so I want to do that at some point.

Overall this is a pretty brilliant and personable feeling children's adventure game. You live in a place called Color town - which is a 3x3 grid of different villages, with separate themes: "Old Japan", "Modern Japan", "Future", Desert, Downtown, Jungle, etc. In order to have the carnival, the town needs a lot of power, so it needs 8 stars - which you have to get from the dieties at each of the 8 towns' shrines. To get the stars you need to give them their desired offerings (a red hat, a laptop, etc), and finding those items is the meat of the gameplay.

Finding the items involves meeting shopkeepers, doing simple minigames or tasks, and exploring the townsfolk's home pages, sometimes looking for clues on who to give what item, or how to do something (e.g. there's a minigame where you need to cook a dessert, so you need to do some reasoning to find a recipe for it in the game's internet).

Exploring characters' home pages is pretty fun - they link to each other's, so you can see who's friends with who. People even have little blogs, so you get a sense of their humor, quirks, personality in a rich but succinctly stated way.

Every NPC in the game (about 70 in the first playthrough, and about 50 more in the 2nd) can be invited to the carnival - sometimes through just speaking to them, or by doing other things first (often bringing an item, or clearing some other condition). Since every NPC is named and has a unique design, it's actually manageable to faintly remember each person's job or role.

I loved the little stores and shops - you can't buy stuff, but you get a sense of the types of places in a 70s-90s-inspired japan. Dagashi stores, shoe stores, libraries, tailors, fireworks, bakeries, etc.

Anyways I love the scope of the game - the first playthrough took me about 8-10 hours, which is a reasonable length. Some repetition does set in by the end (e.g. in each of the 8 towns you need to answer a 5-question quiz about the town in order to get the golden star - which can be kind of cute at first but eventually feels repetitive), and there start to be a lack of any interesting item puzzles, but for the most part it's a strong game, and it's fun to just poke around and read the webpages. Or to receive e-mails or BBS requests from people.

The 2nd playthrough involves a lot more puzzles relating to the webpages (e.g. finding hidden links, solving quizzes), so I'm curious about that.

Other than that... the game features a lot of "Monpi", these monster/object humanoids. E.g. a talking eggplant. They're quite quirky and represent maybe a relation to the lives of inanimate objects? There's some 'lore' to the world of Uki-Uki regarding these natural ecosystems outside the borders of the town you never visit. Like a lush jungle, or a mountain range with no humans, or a desert that was once an ocean. They're not the focus of the game, but they give this simple depth of fantasy to the game's atmosphere that's appreciated. In some ways, the 2nd playthrough of the game can be seen as trying to 'mix' this inaccessible world of the Monpi with that of the humans.

Finally, this game was directed by Noriko Miura, older sister of famous manga artist Sakura Momoko. I wonder what she's up to now! Seems like she didn't do any games after this, unfortunately, although the studio, indieszero, did go on to make some cool games (electroplankton, sennen kazoku).

Makes me pine a bit for this era of Nintendo games, where around 40 people would make a short and unique game. Oh well!

The post-game is a fairly different-feeling experience. What happens story-wise is that you are chosen, once again, as the carnival organizer. This time though the goal is to have a night carnival! Luckily everyone you invited last time is still up for it. What happens this time around are the following:

- Under-construction webpages of monpi are now open, and thus there are a couple dozen more monpi you can invite
- There are more monpi to chat with (chat works by choosing between two conversation options until you manage to invite the monpi - it's fairly trial and error to pick the right choices)
- Various new events are triggered once you've invited the correct monpi.
- These new events include interesting things like: visiting the "hidden sides" of the towns' webpages to find clues that will open up a storeroom under a statue (Which gives you confetti for the fireworks lol)
- Finding a hidden maze underneath a "stone circle" in the town square. Here you meet a queen who allows the carnival to happen at night. There's a (simple) mystery hunt to open up this area involving angel NPCs and new links on monpi's webpages
- You start to get deliveries from Monpi, which can be used in small quests. Likewise, a big sidequest involves collecting candy box stickers to mail in for prizes.
- You're free to explore all 8 towns from the start.


Despite some of the events and the newness of some monpi webpages, it's more repetitive than the first playthrough. Because you don't have the discovery of new shops and towns to balance out the simple quests, you're pretty much doing simple fetch quests in between meticulously sweeping the web for monpi pages.

The monpi have an assortment of webpage-based minigames to play - they're often luck based, stuff like, "Simple Blackjack" or solving a timed maze, or a sliding tile puzzle. There are some that even require coming back on multiple days, like planting and watering a seed. The worst require massive amounts of luck (winning blackjack 5 times in a row) while allowing you only one try per in-game-day, meaning they're missable.

Overall it's something I think I'd have liked as a kid, but I really was just grinding by the end for the sake of it.

In the end though, you're greeted with an even livelier carnival than the first round! That was kind of neat.