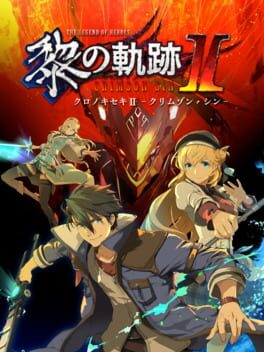 Spoilers
(update at bottom re final parts)
Some solid light-fiction writing half the time, but the other half of this game feels padded. My favorite moments were Swin/Nadia going to school, and working with Elaine in the prologue/Chapter 1, because it's putting characters into new situations that aren't just part of a Marvel Avenger's ensemble.
I liked a good number of the side quests up to the island, simply because by putting small groups of characters through events we actually do get to see them fleshed out a bit! The NPC dialogue in towns is still enjoyable as well. Edith is the biggest focus in the game.
But by Chapter 3, we get gigantic groups of characters behaving in expected ways in response to predictable threats. Chapter 3 does give some character backstory, but through the clunky method of turning the characters into temporary antagonists. It feels like fighting through no-stakes encounters just to get another character footnote.
A lot of the characters really aren't interesting enough to have the amount of screen-time they do (Cao, and that punching martial arts guy... Feri's brother...) - their development feels predictable or finalized. We might get a little 'trauma tater tot' to deepen a backstory, but ultimately a slightly-too-large-for-comfort portion of the events in Kuro 2 felt like rehashing a character's particular collection of tropes. I think such is the problem of light fiction writing so heavily relying on visual and speech shorthand, caricature to flesh out a character. It's hard to reasonably sustain more than one game's worth of development, so the character often falls to level of caricature by the second game unless there are enough scenarios Focusing On The Character to prevent that.
--
The final chapter (school festival) is nice, as is the character sendoffs. I actually like Ix/Yorda (so far), though I've yet to play past the final chapter to see how they unfold in the last dungeon.
--
Overall a mixed bag. Honestly you can really just skim the bad parts and play on Very Easy, but I would say the game'll be a slog if you're going to play on Normal or harder.
As far as fans of the overarching lore go, I think this game drops a lot of hints that Epstein could time travel (to maybe optimize his ability to develop technology), and we start to get some sense of how the Outside operates, but mostly it's left in the air. The fact there's going to be a 3rd game... will be nice from the overarching lore standpoint, but I'm a little worried because it truly does feel like all the characters are, more or less, "developed" as far as they can go. So even if the overarching plot develops, it might be a bit of a slog like like Hajimari's Rean or Crossbell sections.
---
update:
The ending in the... multidimensional octorarium or whatever... honestly a little contrived feeling. To me it kind of drove home the feeling of Crimson Sin feeling a bit like filler. The boss tries to set up stakes of all of the time-warp Chapter 3 problems 'becoming real', but since that too felt so contrived...
The character of Dingo more or less felt all said and done? Eh. Even Ix and Yorda showing up in the final dungeon - they even COMPLAIN about 'why the heck are we here?'
Well, anyways. The ending credits were nice. The post-game EX chapter was pretty boring - just grinding through more Marchen Garden floors, but it did hint a bit at going to space and the last part of the Kuro arc. Still, I'm not sure how interesting the game could be. Even though Van still has backstory left, it feels pretty predictable (tortured by a cult) and he's already fleshed out enough. Same with Ix/Yorda's 'mysteries' - probably straightforward. I guess the main thing that will be interesting are Hamilton's connections to Gramhart and the Septterrion of Time (there's a hint that we might be going east into the mountains), so I really hope that the next chapter introduces some new characters (like cold Steel 3) and 'retires' old ones (no more Aaron or Feri please...).