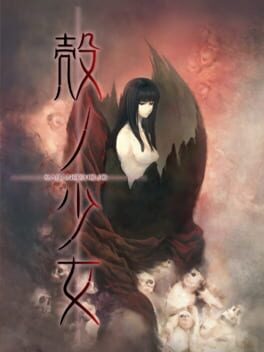 A game about a quest for identity, fittingly set in the reconstruction period after WW2 when Japan struggled to regain a sense of cultural identity following the downfall of the Japanese empire. There's a permanent feeling of melancholy as characters struggle to find direction, often searching for external factors to justify themselves rather than looking within. It's not always the easiest read, not just because of the upsetting and ugly content but also the amount of repetition and the practical need for a walkthrough, but I definitely found myself captivated by this portrayal of 1950s Tokyo. Absolutely worth a read for anybody interested in VNs.

This game feels like actual art.
It has a great balance of scarring gory material with despair-filled atmospheric moments that are sure to leave a lasting impression on anyone who reads this.
Accompanied by downright gorgeous visuals and a hauntingly beautiful soundtrack this visual novel is one of the best out there. 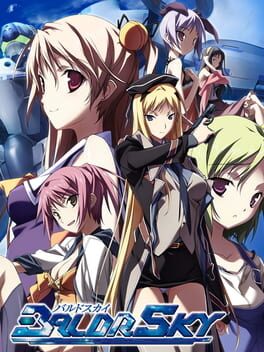 The ways by which we find how best to communicate with each other are incredibly flawed and are where most of conflict between us comes from, with this misunderstanding branching us off into our own circles of groups of people who understand each other but barely try to understand outside those circles and end up disregarding them.

This is the basis by which Baldr Sky tackles its themes, and it does it incredibly well. A meticulously crafted VN/Action game that juggles core themes around the nature of qualia, our conscious experience, and communication branches around our feelings with Artificial Intelligence and technology as a whole. The story is incredibly well done, both in terms of pacing its elements throughout, slowly delving deeper into the many motivations and arguments around these themes, and also in terms of general writing, with all of the events and characters tied so neatly together that it often becomes too easy to predict what comes next. That's a very good thing though, the story rewards your understandings of the characters and doesn't shy away from getting complex with that structure, fancifully playing around with that structure in the final route where the metanarrative pulls the rug out from under you and ties everything together.

The characters are also fantastically handled, each of them with strong motivations and personality, tied together in the story in ways that both make sense and work on the relationships between each of them. One of the things that pleasantly surprised me is that even the somewhat one-note characters get their own fleshed out motivation and use in the story that doesn't just go down to their archetype. This also ties into the romance, which is just as pleasant to read and works in the many routes nature.

Another component that takes up a huge amount of time in Baldr Sky is the 2D isometric mecha combat, which is near perfect. You have an intricate combat system that utilizes great spatial awareness and is very enemy design based, which the game uses well by continuously delivering new enemies each with their own movesets to learn and deal with that are all used in combinations with each other. The enemies make use of the base fundamentals of whiff punishing, okizeme, kiting, armor crushing, zoning, and risk management. Combat situations are well structured, with each of the enemy combinations leveling difficult challenges that require you to be continuously moving and considering your options from moment to moment. Progression is solid too, unlocking new moves, tools, and abilities all the way to the end of the game. I for one didn't even unlock everything that I could have after finishing all the routes, which goes to show the replayability on offer here. There's so much combo potential to utilize too, with an entire practice mode that allows you to work with your many cancels and changeable movelist to craft any combination you like, all of it utilizing juggling enemies well and awareness of your move properties.

Even after the game is over, you still have content for the gameplay side to work with, having an entire DMC Bloody Palace like with waves of enemies known as Survival Mode. In my experience it's pretty difficult but very well paced too, slowly ramping up the challenge just as well as the base story content.

Outside of the nitty gritty appeals, Baldr Sky also has an amazing aesthetic to offer, with the UI being completely seamless to gameplay and story and offering a great soundtrack to match the somber and heart-pumping moments. There's also of course, a bit of fan service to enjoy outside of the general romance structure. The menu itself is very customizable too, as well as your experience. Difficulty settings to entire aesthetics changes are at your fingers from the outset of the game.

The only real issue I have with the game is a required recap called Reminiscence, placed after Route 4 that must be read to continue on. The idea of it is sound, chronologically putting all of the events before the "present day" together where in each respective route flashbacks were pulled whenever relevant. But since Baldr Sky is actually really good at establishing where and when we are at any given point extending out to the flashbacks where character relationships change naturally, it ends up giving you nothing that you couldn't infer or connect on your own up until the final 5% of it. It's a massive waste of time that fortunately you don't have to touch twice. Another minor but relevant issue to this is having to continuously repeat flashback text and having no real way of skipping text until you've read it before, which gets grating when some flashbacks that you may have already seen won't let you skip.

Overall, it is a fantastic experience, a complete 60-80 hour odyssey that I recommend wholeheartedly to anyone. (9.5/10) 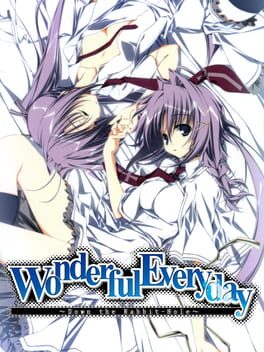 As you can see, this one is pretty much a hit or miss, you either love it and it changed your life, or you hate it.
My main concern is the extreme content: the unnecessary explicit sexual violence and the other gross hentai bullshit. Narratives don't need to show this kind of content to make a point about bullying, and those scenes exist solely to appeal to fucked up people, this is something that you can't ignore.
The story starts good but it gets bad on the second half, where they introduce a character and she becomes the main focus of the story (also, everything about her and her relationship with the protagonist of those chapters is gross and fucked up, and it's the kind of stuff this medium needs to leave behind to improve).
The visuals are okay, the scenery CGs look good but the sprites can look wrong sometimes.
The soundtrack is excellent, I used to listen to it everyday after finishing it and I still do from time to time.
People often have the misconception that this is some incomprehensible philosophical thing but it actually is pretty easy to understand, but the things could turn you away from reading it lie on the extreme content.
Despite everything, I still like this VN, but I can't recommend it.
P.D. Zakuro is an angel and deserves the kimika ending