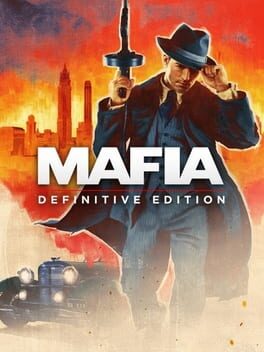 The original Mafia is one of my favorite games. I spent so many childhood hours driving around Lost Heaven, admiring the incredible attention to detail and generally adoring the game's more in-depth approach to what was a newer style of game at the time, widely popularized only a year before with the groundbreaking smash hit Grand Theft Auto III.

What I appreciated the most was the dedication to realism: you could be pulled over for speeding or running a red light. The missions all felt like bigger deals, with a larger story context wrapping them essentially into the narrative, and characters that felt much more rooted into the world surrounding it, keeping it grounded. I always dreamed that the game would be remade someday, or something else made following in its footsteps. It is now 2020, and it seems someone in a boardroom somewhere has decided, "Gee, we should remake Mafia. But I don't think we should change the experience that much, more just port it over to our new engine and remake the assets, and maybe flesh it out a little bit. Not too much though. We don't want to change the experience. It should be a remaster, not a reimagining."

And therein lies the problem of Mafia: Definitive Edition. Moments throughout seem soulful, even the city can be gorgeous to look at from time to time, but the game shies away from taking the final step it needs to make this entry stand out. It sticks TOO closely to the blueprint outlined by the original, a game made when the technology available to developers was vastly different, and never manages to really WOW you as a result. At times, it feels like a stop-gap, as if it was done specifically and only so that a "Mafia Trilogy" SKU was possible, but then every once in a while you get something that really makes you see the possibilities of what could have been if only the game had gone a bit further.

I realize that I may be asking too much of a remake of an 18 year old game, but I just don't see much of a reason for this remake to exist. It's a fun game to plow through during a weekend with not much else to do, but you will forget about it immediately. Although it tries to expand upon the characters in a lot of ways (and occasionally succeeds), by the end I felt the relationship between the characters was something I couldn't really feel whatsoever. Mafia 2's characters and city had infinitely more charm and felt infinitely more alive. And when I try to go back to my memories of the original, it may just be because I was young and because the lower fidelity left more to the imagination, but I don't remember the game coming off to me this way at all. Something is missing here, but I can't put my finger on it.

As far as what to expect from the game as a newcomer: Mafia is a fairly short and linear third person open world-style game in which you play through a somewhat generic but ultimately captivating Mafia story, working your way up through the ranks from your introduction to the criminal underworld as a cab driver all the way to pulling off regular Mafia hijinx with ease.

The game can be completed in about fifteen hours, and it isn't too difficult. I played a lot of the game on Classic difficulty, save for the relatively infamous Race, which I decided to bump down after realizing I did not have the patience to do the race over and over until I finally got first place. No one has any time for that.

What else? The mission variety is solid. The voice acting leaves something to be desired. The moment-to-moment gameplay is inoffensive but somewhat bland. The music is utterly forgettable. The graphics can sometimes be gorgeous for a second but never really "come alive" the way it does in the 2nd and I kinda wanna argue the original.

The story unfortunately doesn't really end as well as it could, mostly due to not selling the relationships between the characters as I said before, and ends up feeling underwhelming even though I knew every story beat coming up. All of those beats could be kept, as far as I'm concerned, but the lack of spirit and gusto in execution really kills this game. It would have really benefited even from a handful of new missions designed to give even more context to the characters and world. There are very FEW moments of camaraderie within this title. We get all kinds of extra lines and scenes that give us new insights into the characters that didn't exist before, but we never have any larger content that takes advantage of those details or creates a bulk of new ones, so it gets stuck in that middle ground of "it almost went for it, but it didn't quite get there" and that sucks just about all the excitement out of it, like being handed a present on Christmas in a box that weighs like something you want, then you open it and there's just a weight and some crumpled pieces of paper.

Would love to see either a reboot that goes all the way, a Mafia 4 that returns to the 20s/30s as a setting, or the franchise to be passed off to a new team. I am very thankful this game does not have any repetitive busywork crammed in like Mafia 3, and hope they continue down this path. I think revisiting Mafia was probably a good exercise and hopefully will give inspiration for whatever is next, but these games have started to feel a bit "Ubisoft-y", which for me is a bad thing.

Why create such a beautiful recreation of this city if you're not going to do anything that makes it come to life? What is this game's greater raison d'être? Other than bringing in some funding and maybe a nostalgic revisit of a classic title, in terms of anything that would make this game a worthy piece of art, I don't think it has one.

Do I recommend buying Mafia: Definitive Edition? Personally, even with my undying love of the game as a childhood masterpiece, I only recommend this one on sale for $15 or lower. That's just how the cookie crumbles, I guess. Here's to hoping we get either a sequel trying to follow this line of thinking over Mafia 3's, or another remake of this in 15+ more years.