wowgoodname commented on wowgoodname's list Hit me with a game and I’ll play and review it!!

o7 I am happy to take multiple suggestions

wowgoodname commented on wowgoodname's list Hit me with a game and I’ll play and review it!!

@heatten I do really want to play this and I MAINLY have been like holding off because I would rather play it on switch but supposedly it’s mondo busted on there @dustyvita I actually have this downloaded already, so very very easy rec!!! I played the Wii version when I was like 14 when it originally came out and I’ve really wanted to revisit it as an adult

THAT WOULD EXPLAIN A LOT 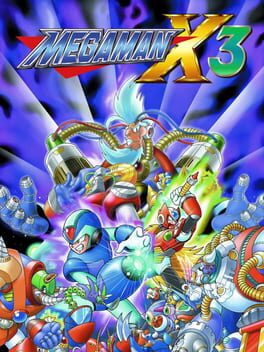 Something is rotten here. I don’t know what changed, but the core of this game is fundamentally different from its predecessors. Mega Man X3’s design feels like it’s shifted into the realm of strict secret hunting and fake difficulty that especially older Mega Man games like this are so often (and so incorrectly, imo) accused of. But if you were to, for some reason, ONLY play X3, I would get it, I think. Bosses routinely kill X in three hits, there are a LOT more instances of kill pits or spikes being placed just outside of the player’s vision or on the other side of a “screen transition,” designed for you to lose a life to them on your first go for no reason other than to check you for one, many more instant kill platforming challenges. It’s not that the game is HARDER than what came before, it’s that it’s harder in ways that feel needless. Almost worse is the change in the way the sense of progression has been tuned; where before 100% completion felt like a challenge for the dedicated, here it feels almost mandatory, like the game is built around the assumption that all players have been and always will want to ferret out every armor upgrade, every heart, every big mech suit. Maybe I would if these levels were designed more engagingly.

I don’t just mean that from a play perspective either. X3 is easily one of the dullest Mega Mans in the franchise. And I do mean DULL – it’s not ugly by any means (this is still Mega Man, after all), but its colors are more muted, its levels less heavily themed. What you’re left with is a lot of brownish grayish factoryish hallways that don’t feel distinct enough from each other and aren’t high enough quality on their own to make up for it. The music is also utterly forgettable here too, but worse than that it’s often actively grating, with shockingy short loops that just aren’t fun enough to justify their brevity.

At the end of the day the core of this is still as solid as a rock, but I don’t know what happened to the rest. Maybe the dev team shuffled around, or they were chasing trends, or they had less time, I dunno! This game is clearly pushing the limits of the SNES hardware with how much it buckles in larger areas or during some of the boss fights. It’s a shame because a lot of the time in the moment to moment I am just having a good time dashing and hopping and shit, only to be reminded every few seconds that actually I have done this so many time before, and almost all of them better.

wowgoodname commented on wowgoodname's review of Nancy Drew: Trail of the Twister

yes! for once the asshole with the most obvious motivation to do it did in fact do it. I had a good laugh at that. Absolutely nothing wrong with this game.

wowgoodname commented on wowgoodname's review of Nancy Drew: Trail of the Twister

Yeah this review is mostly a joke I’ve been waiting for months to deploy but I would put this comfortably along the likes of Shadow Ranch and Blue Moon Canyon where they are just perfectly good Nancy Drew games. When I inevitably rank these it will be comfortably in the top half. 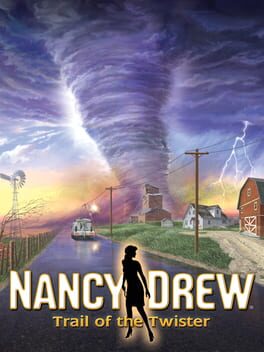 NEXT TIME: SHADOW AT THE WATER’S EDGE