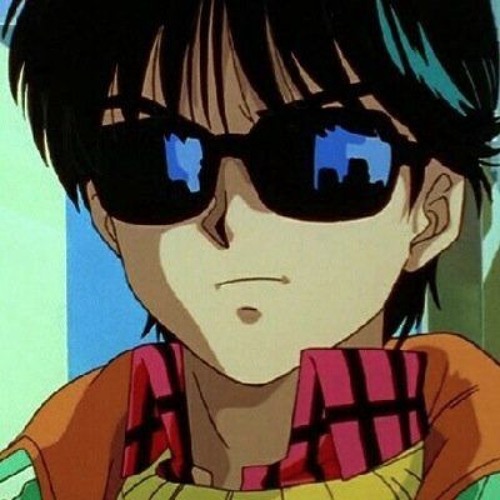 In Outer Wilds you are stuck in a time loop and have to restart every 22 minutes, and you're tasked with exploring a solar system. It's really hard to talk about this one without spoiling it, but I'll try to keep it vague. This game is a masterpiece at creating emergent narrative for the player. Each of the planets you explore works in its own way, and it's up to you to figure out how to explore the solar system. It's like one giant puzzle to solve, figuring out how everything interacts and how things change over time. The whole system is so perfectly designed, you could start anywhere, and you'll discover clues to other things somewhere else, and everything just fits together really well. You start the game with everything you need to finish it, and could conceivably finish it in 22 minutes. But for most people it will take around 20 hours, because you need to venture out into the system to gain the knowledge you need to get to the ending. It's just really cool that the only thing you gain through all your journeying in this game isn't some special tool you need to advance, it's just knowledge, learning how everything works, that lets you get closer and closer to your goal. And that ending is definitely worth getting to.

one of the best games I've ever had the pleasure to play.

At the last part of the game, I got chills for about 20 minutes straight.
Probably the most immersive unprecedented experience I've ever had with a game. Mainly due to the sound and level design, world-building, soundtrack, and a whole mysterious narrative that can get very confusing and overwhelming yet, never fails to be fascinating and engaging.
What a game!

In the early days of gaming, design was very heavily tied to technological limitations. Prior to the 7th generation of consoles, developers were often constrained with what they not only make a game look like but what they could also make a game play like. Because computers grealy outpaced consoles with their processing power, most PC games of the times were responsible for innovating and leading the frey. Myst. Doom. Deus Ex. The design style of these games was very heavily tied to the restrictions and limitations of the time. When PC gaming eventually faded away, the process of design innovation faded away with it. Players were no longer encouraged to rely on a sense of self-discovery. They stopped being forced to piece together information and figure out where to go next based on nothing but their own intuition and interest. Instead, unique systems and dynamic gameplay was replaced with a hodgepodge of overly-linear design, restrictive playstyles, and gaudy objective markers. A decade of silence, an industry infected with tepid rail shooters, unoriginal platformers, and droll action games followed. Eventually, hope arose again, and we return to the year 2019, a group of young developers living in Santa Cruz, and a video game born out of campfire stories and astral exploration.

Outer Wilds is a game where every bit of discovery is rewarded with more discovery. It's a game about learning and about growing, just like real life. We so often think of games as discrete structure that have to act and behave in a certain way--every bit of progress must lead to some elaboration on that progress, every trial must be rewarded with some goodie, almost as if the game is apologizing for making the player perform some action that causes them to slightly deviate from their mission. Outer Wilds has no such time for guilty apologetic niceties, instead acknowledging that the pursuit for discovery is its bread-and-butter and fully committing to these ideas. Video games are very afraid of satisfaction, which is why we often see games that have such concrete ideas of what their content is--something is either achieved and completed, or it isn't. You've reached the ending, or you haven't. You've 100%d the game, or you haven't. Fellow detective game Her Story by Sam Barlow is a unique game because it doesn't have an ending, and instead simply asks players to put down the game when they feel satisfied with the information they've procured.

Most of what Outer Wilds has to offer is necessary to reach the game's true ending, but even then there's a healthy slab of appetizers smattered around the solar system to satisfy your appetite beyond completion purposes. Some of my favorite moments in the game came just from seeking out something I saw in the distance that looked interesting, regardless of whether it was "useful" or not. Outer Wilds is a master of the callback, and there were many times where I'd spot something early on in my playthrough, think nothing of it, and then come to some significant revelation later on. I cannot describe these moments as being anything but incredibly refreshing and fulfilling. The game carries with it an aura of honesty and transparency that makes exploring even the most mundane areas in its toybox solar system a pure joy. It's a game about self-satiation and is probably one of the only games of the last generation without objective markers that actually rewards the player for exploring. In the last decade of gaming we've seen a vast degeneration of level and world design that has resulted in a complete loss of games attempting to stimulate player discovery. Some open-world games have managed to combat this but placing interesting-looking areas and structures throughout the world--like Breath of the Wild--but for the life of me I can't actually remember a single game that rewarded you with something other than a weapon or a collectible or a meandering side quest on the horizon. Outer Wilds rewards you with knowledge and there's almost no fat in the game, making every single discovery feel purposeful.

The game's solar system contains five planets (six if you count the Hourglass Twins as separate entities), three moons, three satellite stations, and a comet. That totals up to about a dozen distinct astral bodies. All five planets are necessary to move through the main pathway of the story, but pretty much everything else in the game has extraneous information. You can complete the entire game by just bouncing between Giant's Deep, Dark Bramble, the Hourglass Twins, and Brittle Hollow, but the game rewards you with additional information by challenging you to explore areas like the Interloper or the Quantum Moon. I generally despise games that hide their entire plot behind item descriptions and lore bits (like Hollow Knight) but Outer Wilds does so much more. It places you in the context of a universe that exists beyond your perception, not just in space but in time. It's a rich world that exists and changes not just for the 22 minutes that you repeat over and over, but also for billions of years. It's a world of isolation but not one of loneliness, but rather of solitude, as you explore the past of an ancient species that existed long before you. Outer Wilds is commonly labeled as a detective game but I think it's more of an archaelogy one, as you piece together the remnants of foreign societies, worlds, institutions, systems, sciences, and revelations. Despite never carrying a spoken word of dialogue, and actual conversation being incredibly sparse throughout the game's narrative, its story manages to contain some of the most moving moments I've ever encountered in a game, and these moments are communicated solely through your own emotions. It's the epitome of "one more time with feeling," as you skim through gravitational fields and into the vacuum of space, orbiting around gentle tunes that drift through the galaxy. In a game that constantly possessed with noise, there's no feeling more chilling than hurtling through the silence of space, isolated, the only audio being the rasped and weary sounds of your breathing humming through your suit as the last bits of oxygen move in and out of your lungs.

There's this bit in Douglas Adams' The Restaurant at the End of the Universe--the second book in his series The Hitchhiker's Guide to the Galaxy--where Zaphod Beeblebrox and Arthur Dent arrive at the site of this device called the Total Perspective Vortex. The general schtick of the Vortex is that, once entered, it exposes the subject to the true scale of the universe in comparison to their own small existence. The Vortex eventually was used as a form of torture or criminal punishment, as the true scale of the universe was supposedly so awing and humbling that it vegetized anyone exposed to it.

As I arrived near the end of Outer Wilds, I found myself thinking about this part of Adams' book, despite that it has been several years since I initially read the book. Outer Wilds is a very special kind of game and it's about acknowledging the size of the universe, forcing us to contend with the spaces and the world around us. It's a game about being in the right place and the right time--figuratively and literally. It's about coming to terms with your mortality, and coping with the states of perception, existence, and being that we shift and move through every day. It challenges the conceptions of how we move through our lives and challenges us not to think greater and bigger, but to think more truthfully and humbly. Art has tried many times to tacklle these ideas, but almost always their themes are dissolved into pessimism: the universe is bigger than we could possibly perceive or imagine, and if that's the case, then why bother living at all? Outer Wilds rejects this pessimism. You don't save the universe--you can't even save yourself. No matter how many times you tread through those loops, no matter how many times you endeavor once more into the breach, your fate remains the same. But that fate doesn't make the journey or life any less beautiful, and up until its final minutes, Outer Wilds is about enjoying life, finding beauty within the unknown, and appreciating the shared spaces and times that we inhabit with each other.

Not enough people have played this one

10/10.
Not only is the game fantastic but the soundtrack is one of my favs as well.

This game was really amazing from start to finish. I wasn't really sure what to expect getting into this -- I knew that it had some exploratory aspects, I thought there might be a time loop involved. I didn't know anything else beyond that.

And every moment of this game was a pleasure to explore. The game throws intriguing mysteries at you one after the other and they tie together incredibly well in the long term. The game feels meaty, too -- I spent two or three super long sessions on this game.

In the second session, I thought I was approaching the end of the game, but this was only the summit of one of the game's major mysteries -- the real ending lay beyond the edge of another.

And the real ending had... an incredible emotional impact. I won't forget this experience for a long time.

An absolutely wonderful game I'll never truly finish. I love it to pieces, but I'm happy with my experience as is, and don't want to ruin it by trying to force myself to see the ending.

Me after playing for an hour: the control fuckin sucks
Me after landing on Sun Station: best game ever