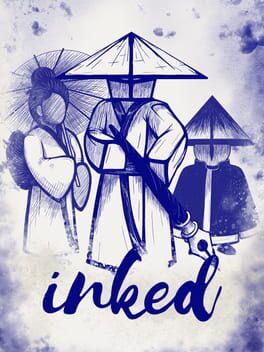 Inked is a tale of love and vengeance told in ink on paper. You play as the Nameless Hero who sets out on a journey in a vast landscape filled with puzzles for you to solve. Each puzzle takes you closer to your lost love, unraveling a story that will forever change you.

- A Challenge Ahead
Simple geometrical shapes aid you in your journey. Solve puzzles by using something as simple as a sphere or a cube.

- Venture on a Journey
Different worlds where different parts of the story come together and form a whole. Worlds where you will truly be tested – diving even deeper.

- A Tale of Love
Love changes. Both people and relationships. It creates conflict and comfort, and sometimes it turns dark.

- In Ink on Paper
Inked holds a unique visual art style as it’s told on paper and viewed through the eyes of Adam - the creator of the Nameless Hero. You will travel across a vast geometrical world drawn on paper and unveil its deeper meaning. 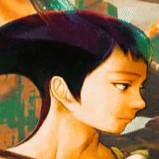 There is a lot to be said about art in video games. Art is seperate from graphics, both are needed to make a game what it is but art design is what makes people stop and stare in awe, it's the thing that makes people remember scenes through usage of colour and cohesive imagery. It also allows smaller studios to compete visually with larger better budgeted teams simply by really focusing on gorgeous visual design instead of horsepower. Graphics make games function, art is what makes them memorable and beautiful.
Inked nails this feel from the very start. It's art design is of a world like it was sketched with biro pen with thick and thin blue lines, shading and shadow. A smaller game like this just looks truly great in comparison with titles like Outriders for example. A cherry picked example to be sure, but just to emphasize my point that art is what people remember when they talk about graphics, at least if I'm being very reductionist.
Visuals aside Inked is an interesting little title. It's an isometric puzzle game where you play as a nameless hero dressed like a Japanese Ronin. At the very start you put down your sword, you don't need it anymore as the land is at peace. Setting the tone of the laid back puzzle game it is. It takes place over 9 levels traveling on a linear path from point A to point B solving puzzles to continue your progress. The puzzles are simple but not boring. The game throws slightly iterated mechanics of what you've learned to keep things interesting but they are never hard. I got briefly stuck on a couple as I'm terrible at games like this but never frustrated, that's my idea of a well balanced puzzle game like this.
The controls are bizarre. I played this on my PS5 though it's a PS4 game. To pick up and put down an object is square yet to change object selection is X. I was constantly pressing X to confirm and swapping instead which was very irritating and unintuitive. It's baffling because the game doesn't even use all the buttons on a controller. It's just badly designed.
The other sticking point I have is that I would rather the game have been silent. Just levels with puzzles. It unfortunately has a 4th wall breaking narrator who is the artist with a tragic back story who interferes and blah it's just awful trite unoriginal nonsense. This isn't even the first game this year I've played with that as a premise with The Jugglers Tale and I hated it there too.
This overall is just a better game than that though. I did enjoy the 2 hours or so it took to beat it and I love the art and music for it's overall presentation. Tighter controls and a less generic story narrative would have really boosted it to greater heights.
+ Gorgeous visual style.
+ Fun yet simple puzzles.
- Kind of crap controls.
- Story is overused and uninteresting.