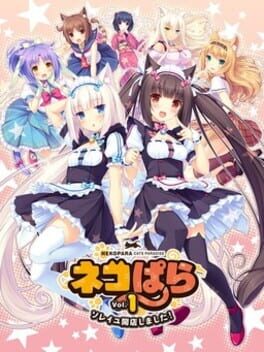 What's NEKOPARA? Why, it's a cat paradise! Kashou Minaduki, the son of a long line of Japanese confection makers moved out to open his own shop "La Soleil" as a patisserie.

Even though they have the physical features of fully grown women, It is morally unethical to stick your penis into creatures that are only around a year old and think within the worldview of a housecat. It is even more unethical to raise these orphans from childhood and proceed to breed them, no matter how much they lust for your protag cock

Good art and the game is a bit humorous for the beginning. Quickly falls off though.

I like VN's. I think they have the potential to be a great way to tell a story. Whether they are considered games or not is up for debate, I persoanlly think they are a fun way to unwind, listen/watch stuff, and have something to read. Even as a VN Nekopara does nothing to capture my interest.

I'll give it some credit, its very nicely animated. Like stupidly so. It's art is pretty neat too. It's a shame it's in service to this nonsense. Oh well.
Not gonna bother with vol 2 and 3. They can happily sit in my steam library untouched. I'll probably reap the steam cards from the games and sell it for some money