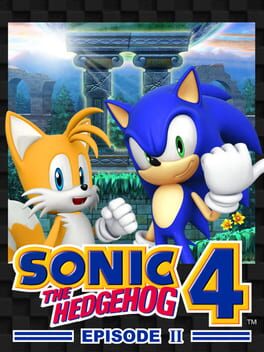 The Sonic 4 Saga continues in Episode II with the return of a beloved side kick and fan-favorite villains! Following the events of Episode I, Metal Sonic has returned to form an alliance with Dr. Eggman! To face this new evil, Sonic will have to call upon an old friend to help him save the day! don't play the first one. neither are worth it Played this one on my first generation IPad

A pretty enjoyable Sonic game. Not as good as the original trilogy, but still an okay time.

This sequel actually has a unique experience to offer, and is better than episode one in almost every aspect. Just forget about episode one. sonic 4 episode 2 is at least a little bit better than the original game. i wouldn't say it's worth playing but there's some redeeming aspects to it, like the more creative level aesthetics and much, much better looking graphics on top of better sounding audio too. but the partner mechanic is overused to the point of being annoying, and none of the progress from the first episode is carried over, you only get an additional metal sonic chapter, which is pretty much as average as the base game anyways. wouldn't really recommend, considering there are better 2D sonic games on steam to be playing instead