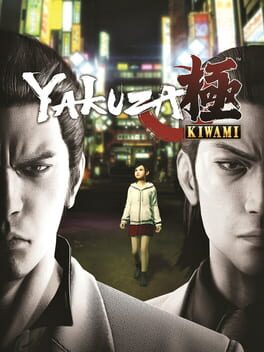 Having played this game immediately after finishing Yakuza 0, I have to say I was severely disappointed. Whereas 0 was like delving into a juicy 3-course meal brimming with flavor and variety, Kiwami is like sucking on a stale slice of bread from the bottom of a dusty cabinet, cutting your mouth on it, and getting an agonizing stomachache at 4 A.M. the next morning.

The first thing that angers me about Kiwami's execution is the combat. Despite using much of the same combat system as 0, it's somehow become extremely unenjoyable. Out of the start, I really liked the premise in which Kiryu, fresh out of prison, has to relearn his fighting style, in contrast to his superhuman abilities as a young man.

But it doesn't get better, even when you pour thousands of EXP into new skills. I felt like I couldn't do shit versus most bosses or even tough minions, especially during the latter half of the game. Egregious examples include the Akai Brothers, Majima, and Lau Ka Long.

Not only do their defenses often feel impenetrable—one block will nullify my entire combo—their offenses are beyond perfection. And then there's the stunlocking. If you love cinematic combat, you'll love Kiwami's bosses, because they love turning combat into a noninteractive movie. Half of their attacks will knock you down, and you'll lie on the ground for what feels like an eternity before getting back up—only to get knocked over AGAIN by an impeccably timed enemy attack that comes out RIGHT as you're actionable. And don't get me started on the enemy healing mechanic—it was cool at first, but it ultimately made boss fights way longer than they should have been. This cycle of boss AI defending perfectly -> attacking perfectly -> stunlocking is 80% of the reason I lost any semblance of a boner for this game.

But ok, even if the combat stinks, the story makes up for it, right? After all, while Yakuza 0's combat wasn't exactly the most polished in the world, its story was so good that I could forgive most other flaws.

Nope. This is where I probably will diverge from many people's opinions. The plot is so weird and perplexing and ultimately boring. 0's plot had its fair share of wacky twists and turns, but they were backed by things such as the excellent writing, great voice acting, and emotional character interactions. Those things are scarce in Kiwami, to my great disappointment.

On paper, the plot is really interesting. It goes in many directions and you meet all kinds of people and go to all sorts of places. It goes far to paint Kamurocho as a gritty town with as much lurking underground as there is shining on the surface.

Unfortunately, I don't think this executes very well because of 1) lower quality writing and 2) the lack of variety in missions, specifically the onslaught of fetch or rescue quests. Let's break them down:

1) There's no way around it—I understand the story is adapted from a 11 year old game, but it's jarring to see how unlikable most of the characters are. Haruka was incredibly unappealing to be around. Even returning characters, such as Reina, Majima, and Nishiki, are disappointingly flat. Perhaps this would have been more enjoyable had 0 not been such a rollercoaster of an emotionally cohesive, character-centric drama. Even in the game's climactic scenes, which were very moving on paper, this one-dimensionality of the cast made it difficult to sympathize for any of Kiryu's emotional experiences.

2) Too often, the game will take you out of the action with dumb side-quest quality objectives. For example, your comrade tells you that he hid his secrets in an exclusive brothel said to be the greatest nightlife spot in the entire town. And in order to get there, you have to go on this excruciatingly boring fetch quest to find one specific hostess for a membership card, then to get her a fake passport, then to defend the passport forgers from unsatisfied customers, then to find out that she never had the membership card all along. To be honest, this doesn't sound like a bad idea for a substory, but to insert it in the middle of the plot as progression padding is a great way to kill the tension and intrigue.

The beginning and ending of the game are, admittedly, quite good. The final two chapters were especially nice and climactic, as the game finally decides to exposition dump its answers to every impenetrable batshit thing that's been going on for the last 40 hours.

- Random encounters are more pervasive and less avoidable, amounting to a gargantuan waste of time
- Fewer returning minigames from 0, and less substory incentive to play them
- Why the fuck was everyone dead at Bacchus, and Haruka was found with a gun in her hand?
- Cutscene dialogue feels incredibly stilted for some reason?

I was going to give this 1.5 stars, but I'll be generous and lay on an extra half for the good ending. I won't go as far as to say Yakuza Kiwami is objectively bad, because it isn't. It was just a massive disappointment coming off of 0, and I did not have fun playing it.