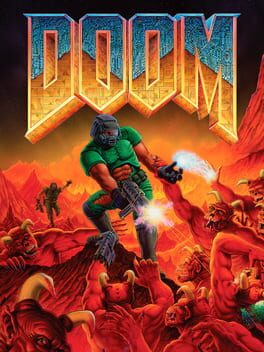 In the future, humans have left Earth and settled throughout the galaxy. On Mars, the Union Aerospace Corporation has established a radioactive waste facility and allowed the military to conduct teleportation experiments on the nearby moons of Deimos and Phobos. Hours ago, the base on Mars began receiving incoherent distress messages from Phobos, while Deimos has disappeared completely. With all attempts to establish contact failing, you and your team have been dispatched to investigate. Upon arrival, you secure the perimeter as the rest of your team enters the facility. As you stand guard, your radio crackles with the sound of gunfire, cracking bones and blood-curdling screams and eventually falls silent. Alone, with no way off the planet or means to defend yourself other than your trusty pistol, there’s only one way out - into the complex of death and the horrors that await you within. If you plan to get out of here alive you must fend off the hordes of demonic imps, haunting spectres and your undead, former comrades waiting to tear you limb from limb. So, grab the nearest shotgun and blast your way out of this fragging madness! 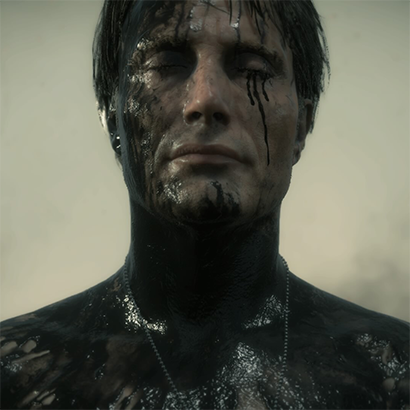 One of the most influential games of all time no doubt and the soundtrack is just a banger but playing it on the higher difficulties most enemies are damage sponges and if you start some maps without saving (especially starting episode 2 on higher difficulties) it becomes very frustating to kill all enemies because ammo is barely enough so most of the time you are looking for ammo instead of killing demons (I repeat, this is if you start the map with 0 ammo).

Man, this game is so fucking good.
For some reason I couldn't stop thinking about when I was growing up I had a shareware floppy disk of Wolf 3d, I used to play it on an old Windows machine in my basement. It was terrifying, even with all the lights on 5 year old me would sit there and jump at every monster closet and was just completely hooked. Fast Forward to me at 26, I fired up Ultrakill and felt that as incredible as I think it is, I wasn't fully appreciating the early 90's shooter ascetic because I haven't played them so I couldn't just start at quake I had to start at the beginning DOOM. I had previously purchased this game on Xbox 360 around 10 years ago , remember playing E1M1-E1M4 and sort of putting it down and saying I get it. I didn't get it. Because in firing up doom I was expecting faster paced Wolf 3d like I remember playing. But there's one Crucial difference, I played it on Ultraviolence. This turned even the simplicity of Episode 1 into a a test into my reaction time and movements. This game is still a masterclass in every single respect. Starting off with the guns and the shooting, the shotgun is literally my favorite weapon in any shooter, it feels so great EVERY. SINGLE. SHOT. the variety makes you know what to use in every situation because the game teaches you through trial and error. There were so many times early on where I would be going up against a sea of enemies and my shotgun wasn't firing fast enough and I thought I just sucked, nope time to switch to the minigun. Was there a lot of hitscan enemies, Switch to shotgun, was there enemies that took a lot of hits rockets or plasma rifle. Every weapon serves its purpose and the game at the higher levels gives you just enough ammo to so that it keeps the game tense and rewarding. And as a little side note, people love saying that Doom isn't survival horror but these people just proved they didn't play on Ultraviolence because if they did they would know the terror of being on your 20th run of a level realizing there was still a 8 Imps left but you only had 6 shotgun shells left and maybe 12 pistol shots, it's terrifying, and then BOOM a Cacodemon shows up and you jump. And that's also just credit to how fucking incredible the Level Design is here. As soon as credits rolled on Episode 4 I went back to play E1M1 and was like taken aback by how expertly it's crafted because when I first played that level I was like wow this is a hard level but over time they sprinkle in just enough new elements per level that by the end you are managing so much you don't realize how simple the early levels are in comparison, the game teaches you how to play it with no tutorials. Like I think about how I can tell you how many shots it takes to kill every enemy in this game with every enemy because it's just muscle memory knowing by the middle of the game okay if I hit my shots right I will have just enough to clear this room and you are PRAYING there's maybe 1 more box of ammo after that. The rush of getting to the end of a level with some ammo , health and shield was so rewarding. I loved how every new episode half the fun was just learning the map. Figuring out where to go, sprinting across a room of enemies thinking you were safe and turning around and there's even more enemies there. I couldn't get over how each episode had it's own distinct feel and while some were way more puzzle solving and others were more endurance and reflex tests. They always balanced it out so the game never felt stale or predictable. The atmosphere of all of them are so great and it knew when to play the heavy, "I'm going to fuck things up" to the "You're all alone and there's death lurking around every corner" Lighting and Music. I really can't get over how much I loved this game and how much every aspect of it just still feels so fresh, a FPS WITH NO VERTICLE MOUSELOOK feels so timeless and you still felt that you had complete control over everything. Seriously it is the definition of a masterpiece. 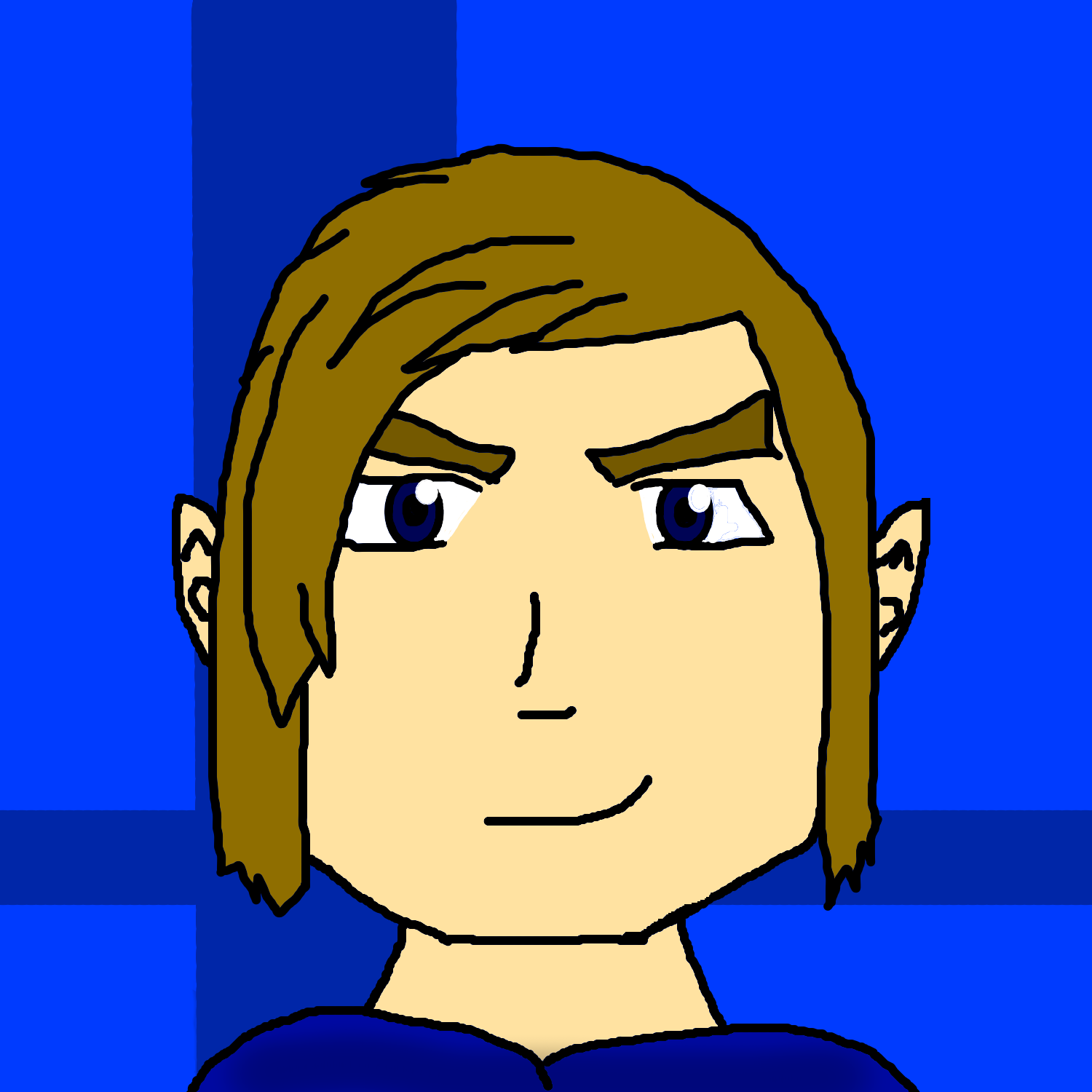 It’s Doom. What more must I add? 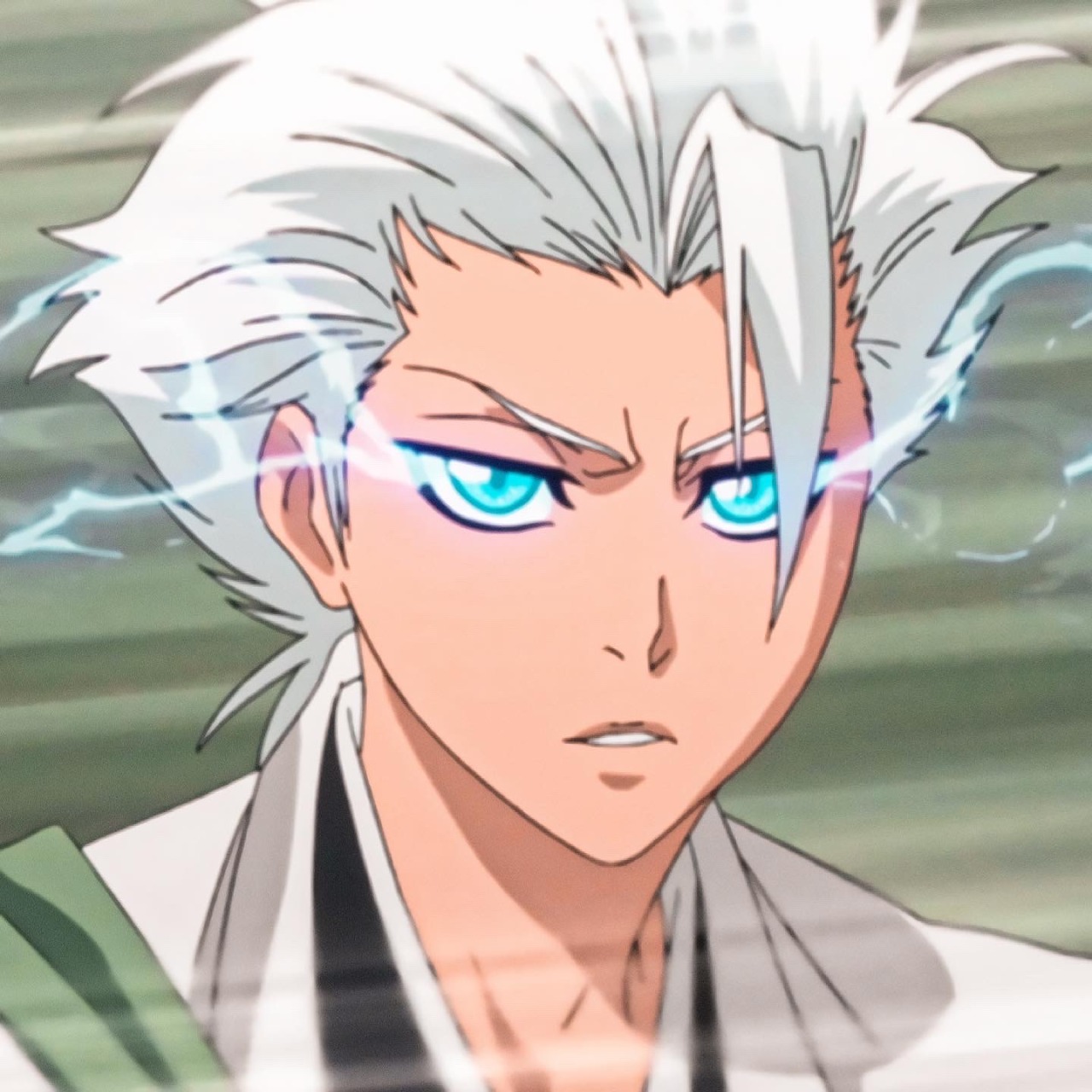 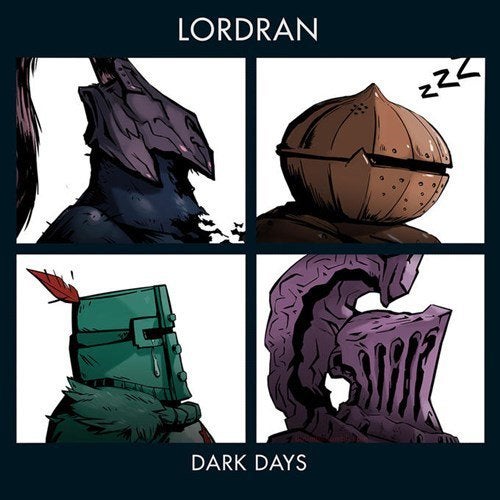 The issue with talking about a game as classic and widely beloved as Doom is that everyone has said their piece on it, but at the same time, it really won't stop me from also saying that it's awesome. There are so many individual elements of this game that make it work quite as well as it does, but I'd say that the biggest one is the very unique atmosphere it brings to the table that I still haven't seen replicated in too many other places today. Doom undoubtedly makes you feel like a total badass, running through corridors, gunning down demons to heavy metal inspired music, but there's really a bit more to it that makes it such a great time from my perspective, and that's a looming sense of danger that goes along with this. While you certainly spend a lot of time in such a trance from the waves of demons you're destroying, the game ensures that you always keep in the back of your mind that these are immeasurably powerful demons at the same time, with just one mistake often leading the player into a situation where they're killed in mere moments. I feel like it's this constant sense of "if I screw up just once or twice I'm probably going to die" that makes this killing spree feel so much more entertaining, as you never feel complacent or relaxed, it makes you stay on your toes constantly and never underestimate an encounter.

This lack of safety also is perpetuated and elevated by the escalation that you see throughout as the game constantly teaches the player how to become more efficient and effective at dispatching their foe only to present a new threat to them that feels borderline insurmountable every time. This is especially prominent in episode 1 with the way it introduces the pink demons, where it places them in such a way that they'll catch the player off guard and then proceed to rush them. This first encounter with them is made all the more unnerving once you notice they take so much longer to kill than the other enemies you've encountered before, almost feeling like a damage sponge until you've gotten used to using the shotgun on almost anything. By the end of episode 1 however, these basically become a slightly stronger kind of fodder that are often preferable to encounter due to their lack of ranged capabilities, with this comfort coinciding with introducing a new kind of enemy that's even more powerful and difficult to deal with, this pattern repeating a few more times within the game. This constant escalation ends up making for an experience that almost always feels like a climactic adrenaline rush and contributes greatly to the core gameplay loop having as much staying power as it does.

The game feels pretty good to control too for the most part, allowing you to either take things methodically or to sprint through at insane speeds, with a gun that aims for you just enough that you need to be kinda precise but not enough to slow down the pacing or feel as if you need a ton of technical skill to succeed in most situations, perfect for an FPS that was designed around pure keyboard controls. Despite practically everything about the game feeling good to actually play, I do have one big issue with it that ended up almost ruining my enjoyment of sections, and that's the level design itself. The first episode is pretty amazing for the most part but even there I felt glimpses of what was to come, that being the labyrinthine structures that many of them ended up taking. There were many points throughout in which you'd be wandering through a maze trying to get a key to unlock another door on the other side of the map, and while occasionally doing this would give some variety to the game and keep things feeling fresh, it ended up happening so often that it became a bit of a chore at times. This is especially an issue as it feels directly against everything else this game stands for, having a multitude of places where the flow is completely halted as you're trekking through piles of dead bodies trying to figure out where to go next.

It also doesn't help that while the game has aged pretty well in a lot of respects, it still has some of those conventions where the game often doesn't naturally guide the player in a lot of cases and just leaves them to go around and hopefully find the correct places to get to, but this lack of direction often feels compounded with a lack of distinct landmarks, making it all the more frustrating to have to walk around these huge mazelike structures without any idea of what to do. Even so however, these levels have some really cool bits and pieces to them, especially with the crazy amount of secrets most of them have, rewarding exploration and making each stage feel wonderfully intricate, even if it sometimes feeds into the previously mentioned issues. It's also worth mentioning that the way the landscape gradually shifts from cold, futuristic facilities to these grotesque walls of flesh and bone as you descend further into the depths of hell itself is amazing and gives this sense of progression and contextualises what tiny amount of storytelling there is in a perfect way. Basically, despite its flaws, it's still Doom, and as a result, it's goddamn awesome.