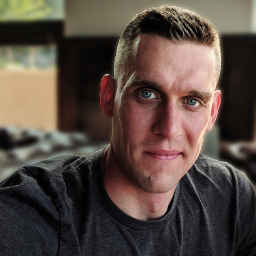 This is my first ever Metroid game, so I don't know whether I'm commenting on a series staple or a game-specific addition.

I have a top 3 things I liked, although there are tons of great things about this game:

1. I like the door/key mechanic in games. In Metroid it's via suit and weapon upgrades which are also useful in combat. Feels great to get progression permanently, and then be confronted with a new thing you need to unlock.

2. I like upgrades! Too many games have tech trees, or point buy systems. In Metroid, you get an upgrade and then you just have it. New skill, new passive, or even just more shooty bang gun. It's great! This is linked to progression, too, but fundamentally just getting an upgrade is fun and rewarding! Even just upgrading missile capacity is rewarding!

3. Bosses are a skill-based learning experience. Even the hardest bosses felt accomplishable because I could slowly learn the perfect counters and sequences. I understand, now, the boss mechanic in other games. I also understand how they get it so wrong. In Metroid, you're always ready with a skill or an upgrade and you can progress just far enough into any fight to start learning movesets before you're killed. Many games throw you into a boss fight that is so brutally punishing that you have to luck into the right combo of button mashing to get a foothold, and then repeat that random luck through enough of the fight to eventually learn something. These games learned only that "boss fights should be hard" and not "and also discoverable." Metroid boss fights feel like a well deserved accomplishment!

I have one very major complaint about some bonus items in the game. I got 100% of the items in Metroid Dread, but it was an infuriating chore. Some of the puzzles, most notably the Shinespark/Speed Block puzzles depend on millisecond button accuracy in long chains of presses. These puzzles are just punishing. I felt only relief when I finished them, not like I had discovered a secret.

Anyway, this is a great game!