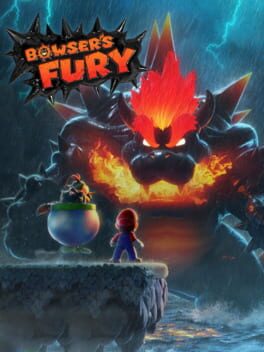 Team up with Bowser Jr. in a free-roaming 3D adventure to stop his dad’s rampage. Run and jump across a series of islands to collect the mysterious Cat Shines, and battle against the colossal Fury Bowser whenever he emerges from the water to wreak havoc. 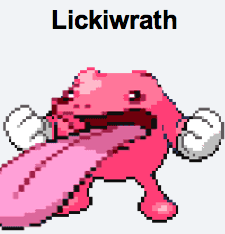 Like, seriously, it's just fine. It's good and nothing amazing. It's very much the MGS Ground Zeros or KH 0.2 of the Mario series, something very short as an appetizer for something (hopefully) much better down the road.

I really liked the platforming challenges and the game flows really well since you never stop collecting shines, and the fact that every level inhabits one space means there is never any down time. It's like if Odyssey didn't have a story and let you explore the entirety of each world from the get go, except with some actually good platforming challenges unlike Odyssey.

The whole thing with Bowser waking up to interrupt your progress every few minutes had me miffed at first, but there's always something to do, some things requiring Bowser to begin with, so it began to bother me less as the game went on

It's cool to see that there are elements of every 3D Mario in here, but it's disappointing to see it fall short when compared to every other 3D Mario in one key area: the setting. This world is such a bland and lifeless place to inhabit and explore. Every other 3D Mario game, even 3D Land and 3D World on occasion, stand out because of their imaginative locals, and this game doesn't even scratch the surface of the creativity in the entire rest of this series.

I will likely still go back and collect all of the cat shines, but this is not a game that captured my imagination in any way.

As a DLC to 3D world this was so cool, and understandably short. The open world was really well designed and I can't wait for the day we get a whole Mario game like this with a fun set of interconnected levels. The designs were really cool, especially for Bowser!!!!!

I... errr... what??? A very confusing and polarising game. I definitely really enjoyed it, but the entire thing felt like a strong feverdream. It’s pretty much a Mario game but on acid and nothing is coherent. Interesting experiment and great game.

Takes the freedom of Odyssey's kingdoms and runs with it - it works so well that open world Mario has to be the concept for the next mainline game. It's basically a tech demo, but though it's only 3-4 hours to 100% it's so good to just work around the islands with your power ups or ride Plessie about.

The Fury Bowser idea works for the most part, though I found myself either waiting it out or ending it as soon as I could - if there was a version where this was completely omitted I'd be much happier, his frequent interruptions marring an otherwise fantastic game.

Plessie really is the MVP here. I hope whatever the next 3D Mario thing is, they manage to use them in some way.

A rare experiment using the Mario brand, this Super Mario 3D World remix iterates on the trend started by Odyssey by offering one contiguous level with little pockets of platforming goodness throughout. Bowser's terrifying, and the cats are cute! Pure fun.