What a weird mixed bag this is. Might be the best Samus has ever felt in 2D, but it's in a world that made my eyes kinda glaze over. Probably a bad sign when the old games with literal boxes connected to each other making up rooms felt more like a place you were, and not just a backdrop you happened to be in front of. It was as if the more detail in an area, the less I noticed it. I don't know.

Lovely improvements on the moment to moment stuff Samus Returns laid down, and a wee change up to the order you expect to get powers in was nice, but general traversal felt like much more of a chore than it ever has, even with the mobility improvements. Maybe it's just me, or how I was feeling at the time, but the world in general here feels like it was designed to slow you down. Not in a challenging way, but more via obtuse layouts that came across as slap dash rather than having any purpose, or feeling like anyone once inhabited these spaces. The EMMI rooms were especially bad for this.

From the first announcement I ignored all the marketing, and the million trailers Ninty put out. So it may be my own fault for not wanting spoiled on stuff, but I truly expected the EMMI to play a bigger part, and have more free-roaming and scripted sequences like SA-X in Fusion. Not confined to specific rooms you can freely dip in and out of. Just a bit of a let down in that regard, especially because every interaction with them feels separate from the rest of the game. Switching modes, and not in a good way. I remember deciding to start clearing the areas and getting all the missed pickups as I could tell I was nearing the end, and at some point while looking at the map I saw the wee bit saying Remaining EMMI: 2/7 and I went "Oh shit aye, The EMMI" out loud. They essentially left my mind whenever I wasn't in one of their designated areas.

Now you might have got this far and thought "Guy, there are 4 stars up there. That's an 8. What the fuck are you playing at?", and I wish I knew. Despite all the shite I've scrawled above, I had a brilliant time. The story is nonsense, I never played Other M so the ADAM shit means nothing to me, and an info dump at the end made me laugh and swear at the game, but at no point was I actually having a bad time. Samus is confident as hell, and with skills to back it up. She has that rep for a reason, and it's on full display. She clowns bosses and it feels incredible. I lost count of the amount of times I was shooting missiles during a scripted sequence and thinking "SHE IS SO COOL!".

She 𝘪𝘴 so cool. 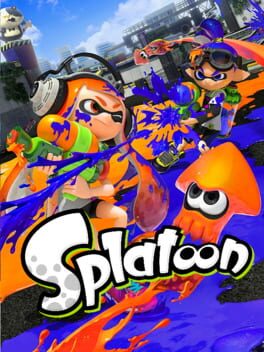 I decided to give it another go on a whim and got sucked all the way in. It's one of the most stylish things I've ever played. I saw the first boss and said "Oh shit, I'm gonnae end up buying the artbook", and dear reader I did, before even finishing it. I caught myself at work making quiet squid noises like I was singing the lyrics to the songs. I think I might be a fan of this thing.