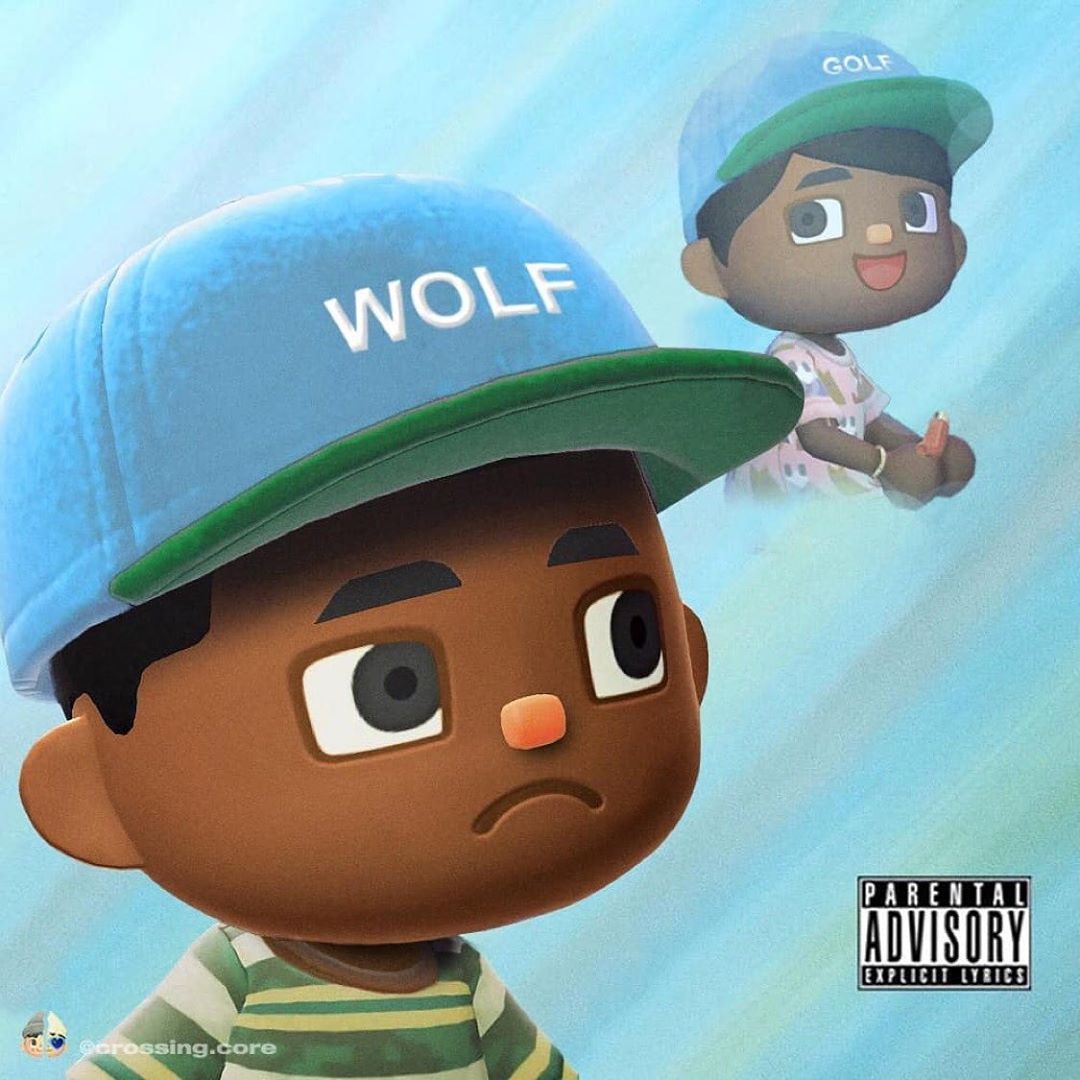 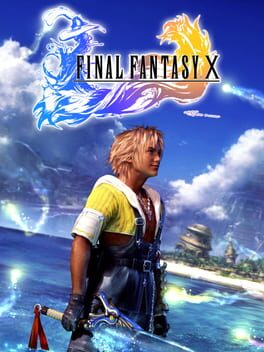 Still can't get over the fact that this game's aesthetic is "Star Wars: Episode I meets Underwater Rave at a Cheesecake Factory". Absolute God-tier experience from start to finish

final fantasy ten out of ten 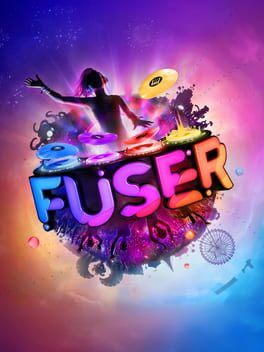 I don't think there's anyone still interfacing with Fuser that is willing to go to bat for every underperforming aspect. At Best, you'll get someone who is in love with the (astonishing) tech of the game enough to sideline the rest of the package. And honestly? That's more valid than usual here, if only due to the game's wide discrepancy between "Freestyle" and, well, every other mode. You might as well launch a separate .exe with the differences.

Yet even then, it's all a little muted to me. While I don't use it derogatorily, "toy" is the word that best describes the whole thing. Its primary purpose is to be immediate and as wrinkle-free as possible. It's good at that! What it's less good at is capitalizing on moments of bliss, when every stem on the platters works with the key and mode and tempo. Sure, you can capture it, maybe employ it later, but it's really difficult to further establish or scrutinize it. The way the songs passively loop into themselves is the toughest nuance to love for me, as it is both the driving force behind the game's success and also the one unchanging aspect that makes it so it's almost impossible to feel completely in control of expression. 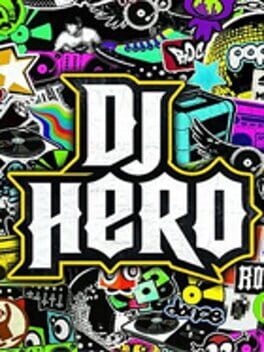 Man, the turntable is so fucking cool and fun to play with, for some reason I can wrap my head around it a lot easier than the plastic guitar and its just more fun to use. The feeling of scratching and throwing the record back to rewind is insanely fun, and the way the game has you isolate different parts of the track sounds so cool. This game's soundtrack is almost all mashups and almost all of them work incredibly, I still listen to them regularly. With all that and being able to unlock and play as Daft Punk, of course this game would earn a place in my heart. 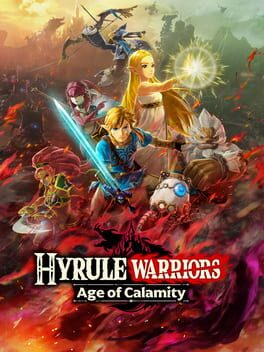 The idea of depicting the events 100 years before Breath of the Wild within a musou game is fantastic in my opinion. I really like how the characters are presented in this game, the animations and the moveset for each character impressed me very much. And I like the musou gameplay cycle of capturing bases, defeating generals and giving orders to your characters, plus, I think it's fun to complete sidequests, level up your characters and unlock new combos. I have conflicted feelings about the story, but I kinda don't care for it? Seeing these characters interact in voiced cutscenes tho, it's nice. And you get to play as Urbosa, who doesn't want to play as Urbosa? 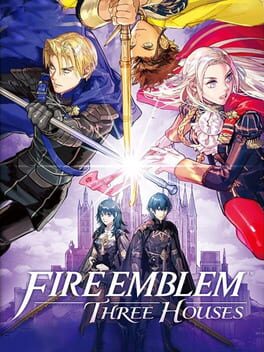 "But she started a war"
And she looked sexy while doing it.

I could type up 6 paragraphs about why the story is so well written, with incredible world-building, very interesting characters that all have incredibly different and unique, realistic and relatable personalities, emotions and goals they strive towards and how there's a strong sense of grey morality or how the gameplay is the most refined and fun, the battle animations are stylish and smooth, the maps are well designed and have tons of variety or how the Persona-like school social/time management system adds an extra dimension to the tactical gameplay...

Or I could just tell you Edelgard is one of the best written, relatable and most realistic characters I've seen in a long time and best girl and you should honestly play the game for her and her story alone. Long live the emperor and hail to the Black Eagles. 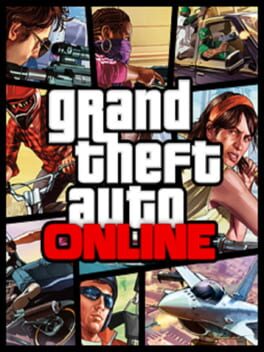 Such an awful fucking game that is killing one of my favorite developers. This is the very game Rockstar mocked during their prime time.

In spite of me not being a warm weather/climate person for this setting, there's something to be said about how solid of an open world this has. Aimlessly driving around while fumbling with the radio was incredibly satisfying and more or less the most enjoyment I got out of the game as a whole.

Things kinda fell apart elsewhere, especially with the narrative (which has awful pacing in the back half), two of the three protagonists being unlikable, and so forth. More than anything I was struck by how close this still feels to Grand Theft Auto III in terms of the core gameplay. Sure it looks miles ahead graphically but the same clunky mission design (god forbid if you do something in any way but the exact one they want in some cases) and other factors that date back to the PS2 entries exist here. It's not unplayable by any means but there's this weird clash where the aesthetics/settings don't feel like they belong to a game that plays like this.

Hopefully VI sees something of a further refinement on the gameplay and a better protagonist (or set of protagonists). Maybe a rainier/colder location for the map.

the more i peel back of GTA V, the less i like it. i suspect this rule will be consistent and exponential with successive time invested but i dislike a lot of its tone and narrative direction, pastiche you've seen everywhere else stitched together with rockstars trademark cynicism and satire, like a napalm strike that misses every target it should hit. really something that this game might age harder than GTA IV, a game i at least have some interest in returning to. in general red dead remains a better fit for these writing chops, if only for imbuing the world with a touch of humanity despite still being populated by the usual gallery of assholes (the houser brothers seem to have built their fortunes on getting good performers to wring out any kind of charisma from their flaccid scripts)

that said...the 'generous' score here is because im playing this with my gf, whose suggestions are pure id, and therefore im playing exactly the way rockstar intends for me to play. spending a day from dawn til dusk with this itinerary:
- strip club in the morning
- high speed police chase throughout town after some sidewalk shenanigans
- absolutely demolish my dodge challenger in the process
- wind up next to the games mountain trail, punch a dude off a bmx and steal it
- gf suggests making our way to the spire to take the cable car, i fend off several mountain lions in the process
- read emails before taking the cable car from franklins ex-girlfriend insisting their relationship is over
- took a cable car down to earth from my picturesque vantage point, basking in the night sky while the piercing sounds of sirens welcomed my return to the hustle and bustle of the daily grind
...inadvertently told a more quaint story than a short hike