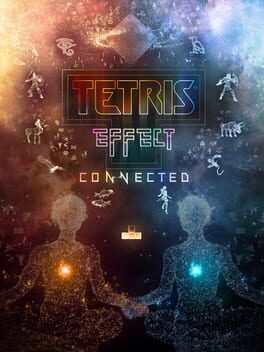 Tetris Effect takes the tried and true Tetris formula and coats it with a vibrant and at times jaw dropping new job of paint. Gorgeously detailed areas, popping particle effects, overpowering ost performances - it all blends together to create an experience unfamiliar to me in video games, but one I most welcome.

It's a huge shame though with how safe they play it in terms of the gameplay. The new freeze mechanic adds a nice layer of strategy but it's basically Tetris for 4 hours straight and that's it. I feel like they could have done so much more given how expressive the game already is, even if it is still fun (Challenging as well. On normal difficulty, I was having a bit of a challenge; the faster pace in some of the levels towards the end was a bit disappointing as well as it was harder to focus on the mesmerizing visuals.)

Despite it slightly disappointing me from the promising start, Tetris Effect is a beauty of a title that everyone should experience at least once in their gaming careers. You can tell the developers truly cared for the source material and aimed at creating something special, even if it was was way too safe in areas it shouldn't have been. 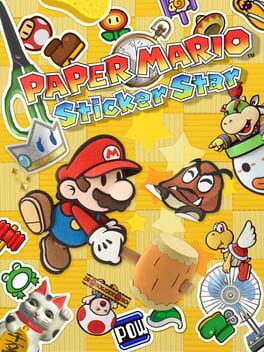 1. Its central RPG sticker battling mechanic is completely useless, providing no necessary benefits besides wasting resources
2. It attempts to transfer over very similar mechanics/designs of the previous RPG focused games like TTYD and turn them into a heavy adventure-puzzling platforming; But this clash of genre and mechanics simply does not work

These two reasons are the backbone of everything wrong with this abomination of a game and what makes it so unenjoyable. Here are just a few reasons why:

- The level design in general is some of the worst I've ever experienced in a video game. As explained before, the "PM RPG format" just doesn't work in areas designed and expanded on platforming and movement. Everything feels so clunky and difficult to control and perform, which leads to so many useless encounters and hindrances that at time feel unavoidable and provide you with no benefits. These simply elevate the already mundane tasks and paths the game has you go along. Some of the levels in World 2 for instance, such as the ones that require you to chose paths while continually traversing underground (and require trial and error to reach the end) and traveling around and inside a Sphinx, are some of the worst levels I've ever played in a video game, and gave me some of the worst stress of my life.
- Progression at multiple times is blocked by required "Thing" items you must collect, and are scattered in levels at random. While adventure elements such as this mechanic work in tons of other games, Sticker Star makes it as tedious as it could be. That specific item you need could be in literally any level up until that point, and just by missing one despite collecting the abundant other optional Things, you could be monumentally screwed over. That is NES levels of frustration - and when exploration is already an insane drag to begin with, it's just the icing on the cake of a horrible session.
- "Fortunately" these bizarre barriers are at their worst in boss fights. Each boss fight can be beaten with just items, but unless you want to use everything in your already limited inventory, you're gonna need a specific Thing to properly beat it. Beating these without a guide feels almost impossible, as most of the time the Thing you need is quite ambiguous and requires countless of trial and error because of the way Things are designed to be used (you must go to a specific place to rebuy an already used Thing and then use a specific shop to then turn that Thing into a sticker; if you use it by accident or that Thing turns out to be the incorrect one needed, then you must repeat the process all over again.)

Sticker Star breaks so many basic necessities that a game must follow, and first and foremost is wasting the player's time; And that's all this game really is. Whether it means requiring you to repeat mundane tasks or creating strange and ambiguous barriers for progression or just being a slog to get through, Sticker Star does everything in its power to make you hate the game as much as possible. My 15 hour play through felt like an eternity of hell, but I don't think I've ever been happier to beat a game. It's an embarrassment to the fantastic titles Nintendo continually puts out, and it's an embarrassment to the joy and quality video games are suppose to bring you. This is by far the worst game I've ever played, and I hope I never have to experience something of this level of disgust ever again. 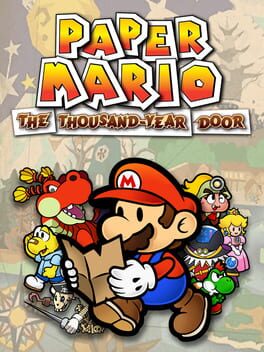 From a franchise I’ve always admired for having such a strong head in game design and video game goodness, a paper designed RPG would not be the direction I’d think I’d lean towards. Nonetheless, TTYD blends a unique yet entertaining battle system, a wonderful cast of characters in a varied and detailed world, and a well written and surprisingly in depth narrative experience that has become one of my favorite games ever 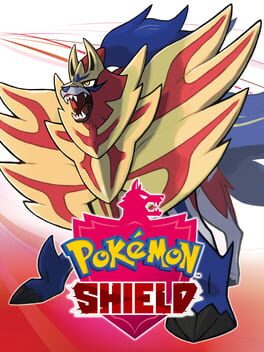 Pokemon Shield is not a good game. An unfortunate result of rushed development leading to a mind numbing story experience, poorly implemented new features with great potential (like the wild areas), and a lack of polish that sticks out like a sore thumb in the new generation.

With that being said, I can't deny the fun I had. I grew to really like Hop and Marnie as rivals, and Leon is one of the best champions. Pokemon models and moves in general were well animated and looked crisp (Never cared for the National Dex either). And above all else, the main hook of catching and training Pokemon is as engaging and rewarding as ever.

I hate this chain that Game Freak holds over me: Despite them seemingly entering a new era of mediocre titles with little effort, I'll still garner some enjoyment purely based off of the namesake. I hope Legends ends up being the right step forward we're all hoping it is. 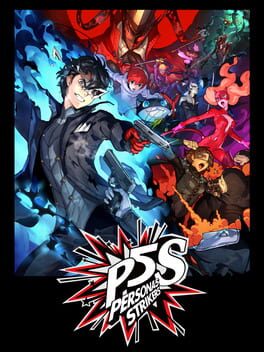 Above all else, Strikers succeeds at providing a high quality experience great enough to stand against its origins without shame. It introduces new characters that feel true to the series' themes, expands upon the cognitive world to build upon the lore, and has just enough new style to tip you over. It even expands upon the musou game play in such an intricate and thoughtful manner (although when paired with the sometimes tedious dungeon design can be at fault). It's also just a beefy game - plenty of gorgeous environments to explore and challenges with your party members to complete (Once again, sometimes to its fault as well).

It just feels amazing to be back in this world again having pure fun, with enough of it's own flare to shoulder its own mask. Persona 5 will always mean so much to me, and I'm happy Strikers is able to respect that love and nurture it to an even more appreciative degree. 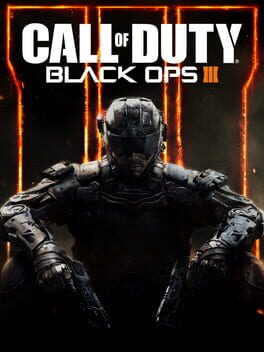 Have very little interested in delving into a lot of what this game offers, but I’ve gotten a good few dozens hours of fun out of the multiplayer. By no means amazing but satisfied that itch 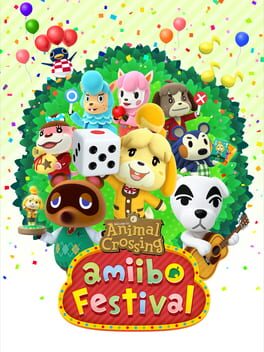 I do think the game gets too much hate overall. It’s a really smart concept and some of it is executed really well (the mini games and scenarios in particular). It just leans itself too much into the tedious aspect of Amiibos, leaving a very unnecessary paywall 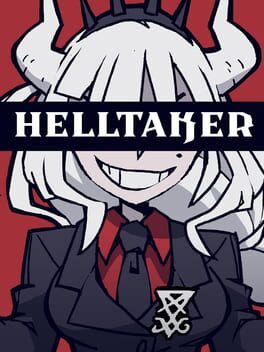 Fine 40 minute experience, not much else to say 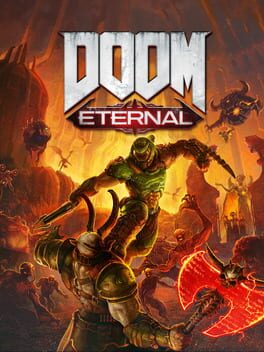 Doom Eternal is practically everything I could ask for from a sequel. It takes what worked and revamps the hell out it while fixing needed aspects, like exploration and level design. The frustratingly long length though spoiled such an enjoyable overall experience. 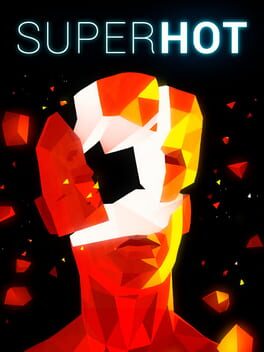 A little too short for the concepts presented and a hit or miss story that failed to grasp me, it's visually pleasing and its core game play is thoughtful yet excellently implemented. 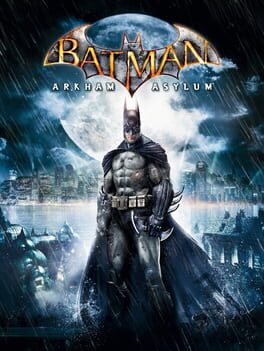 Not very good combat but it does a really great job at creating such a harrowing atmosphere, with fun exploration mechanics 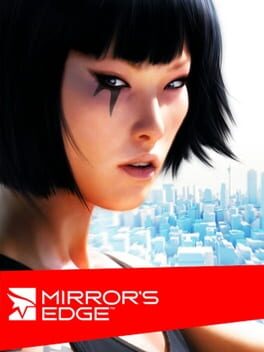 Everything about this game besides the main platforming is kinda ass. That central gameplay is so much fun though that it’s pretty much excusable 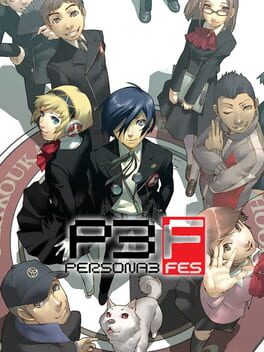 I don’t think this game has aged very well. Tartarus is straight up poorly designed and tedious to no ends. The gameplay is good but very rough around the edges. And no controllable party members...

If you’re able to look past a lot of those flaws, you’re in for such an incredibly astounding experience. 3 perfectly wraps its narrative around every facet of the game, better than any other Persona game. It takes the dark and heavy themes of death and remembrance and carefully applies it into my favorite story to grace gaming. It never once holds back, and results into a moving piece of art. 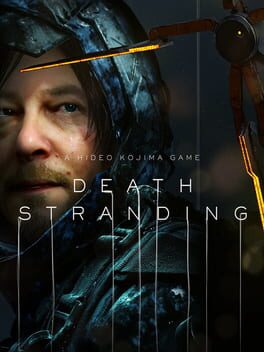 Probably one of the most eye opening experiences I’ve ever had with a piece of media. I quite like the core gameplay mechanic, but the writing can be incredibly inconsistent and ruin the game’s emotion and depth. But on a design level, its revolutionary; Kojima is a genius for creating such a unique single player experience that ties so well with its central theme and messages, I’m astounded

Fast, fluid, and very fun spectacle of the FPS genre. It’s nice that its core gameplay loop is so strong though, because it’s lack in locale variety and terrible exploration mechanics greatly bring down the experience